History of the Homestead

In 1977, a group of students and Dr. Bob Alrutz, a biology professor at Denison, began an experiment. Their mission was to create an agriculturally based self-reliant democratic community.

The land would serve as the experiment station, and they would test environmentally sound materials, agricultural and living practices. Faculty and students worked together doing research and building. They had a seminar with a variety of teachers including Dr. Alrutz and Dr. Paul Bennett. They built three cabins to house twelve students, with the expectation that those cabins would come down and new ones would be built about every three to five years. The Homestead thrived.

Over time Dr. Alrutz became less involved, and the ties between the Homestead and the faculty and staff dwindled. By 1996 there were only five students living at the Homestead, and they were afraid that the Homestead was dying. Those students decided they needed to renew ties to Denison’s academic community and mission.

In 1996, with the help of Tammy Lewis, a Denison professor who specialized in environmental sociology; Mike Frazier, who had been involved with the Homestead since 1985; and others, the Homestead Advisory Board (HAB) was reestablished. Also during this time Dave Ball led the Homestead seminar in the research and building of a strawbale cabin—the community center, named Cabin Bob after Bob Alrutz, was begun.

In the winter of 2000, Cabin 2 burned down in the middle of the night. Fortunately, no people died; a few cats and dogs did die, and the residents of that cabin lost all their possessions. Apart from the sadness and displacement from the fire, the tragedy threatened to shut down the Homestead. Parents and the University were unsure whether the Homestead should continue, and if it weren’t for the strong support of HAB, the Homestead might not have survived.

The Homestead was vulnerable for a number of reasons beside the fire. The University had taken action to end residential fraternities a few years earlier, and a proposal for a food cooperative modeled in part on the Homestead was turned down by the administration–further evidence that alternative residential options were undesirable.

On April 3, 2001, a group from HAB, including Tammy Lewis; Frederick Learey, the Homestead Advisor; Mike Frazier; and other faculty, administrators, and students, met with key administrators, including David Anderson and Seth Patton, to argue for the Homestead’s continuity on the basis of its importance as a living-learning experience with an academic component.

Through all of these experiences, the Homestead has strengthened its mission and reputation as a living-learning community. The Homestead Coordinator position was established in spring 2002. Also in 2002, the Academic Affairs Committee officially accepted the Homestead Seminar as a two-credit course (though it has since been reconfigured a one-credit course). In the fall of 2005, the Cabin Phoenix project was begun to finally replace the cabin that was lost in the fire.

The Homestead has also gained a great deal of ground in terms of its reputation and visibility, thanks to the efforts of the residents and to Stew Dyke, Director of Public Affairs (now retired). Students have worked with the Admissions Office to train Denison tour guides about the Homestead. The Homesteaders also put together a pamphlet for prospective Denison students.

Other outreach activities have included a bonfire at the Homestead during August Orientation, a faculty lunch presentation, tours of the Homestead, and talks to local philanthropic and ecological organizations. The Homestead officially opens its doors to all members of the greater Denison and Granville communities twice a year for open houses, generally held in October and March. This is a great opportunity to show how Homesteaders live their mission on a daily basis.

A major milestone in the history of the Homestead occurred in the spring of 2013, when construction began on Cabin Atlas to replace the original Cabin 3. Homesteaders past and present were the driving force behind the building's design, features and construction, which took place throughout the summer. By August, the new home was ready for residents, up to nine at a time. Atlas, so named to reflect the broadened horizons of a highly sustainable yet comfortable lifestyle, features radiant floor heating, a composting toilet, passive solar heating (including a Trombe wall) and high-efficiency appliances.

In celebration of the Homestead’s 40th anniversary, HAB and the Homesteaders held a three-day festival in April 2017 that included an art exhibit at the Denison Museum; a storytelling session called “Creation & Evolution,” which opened conversation among current Homesteaders and returning founders; and a panel of alumni describing how the Homestead shaped their careers and life choices. Activities at the Homestead that weekend included workshops, mindfulness sessions, tours and a speech from President Weinberg.

The Homestead’s future looks bright. In recent history there are often more applicants wishing to live in the Homestead than there are available spots–a sign that there is a strong, campus-wide interest in the Homestead. The history of the Homestead goes beyond this brief summary: every semester a new group makes its mark and learns from the students who have lived and learned at the Homestead since 1977.

Make a gift to Homestead
Our Spaces
Visit & Directions 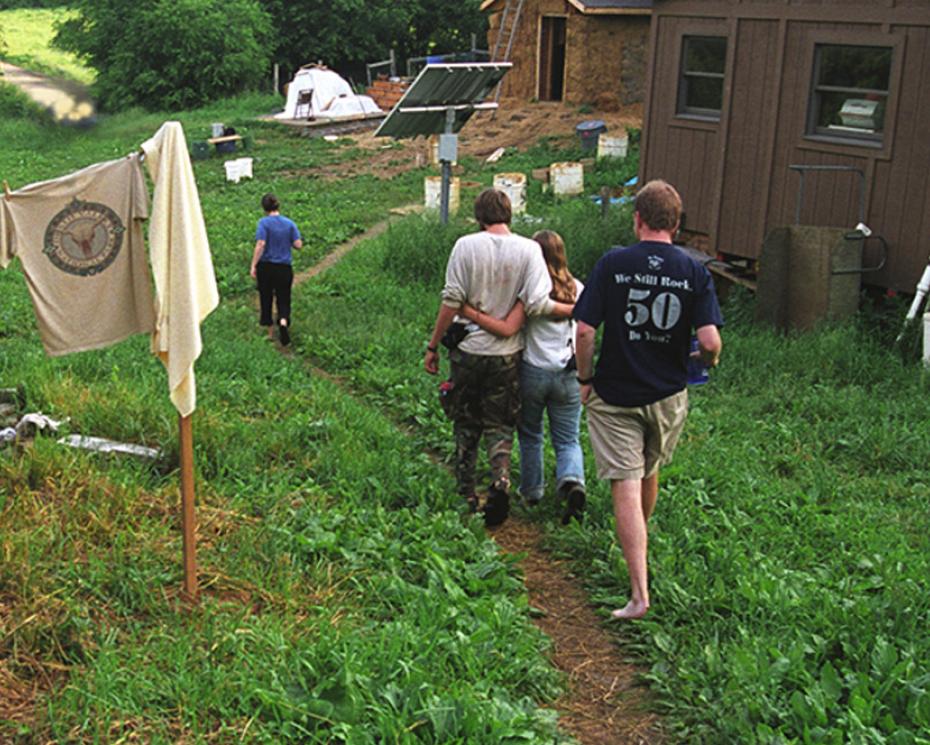 The Homestead turns 40 this year, and the ongoing celebration included a 3-day festival in April. 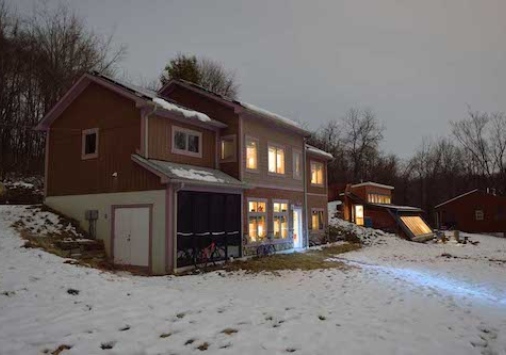 30 reasons to love the 'Stead 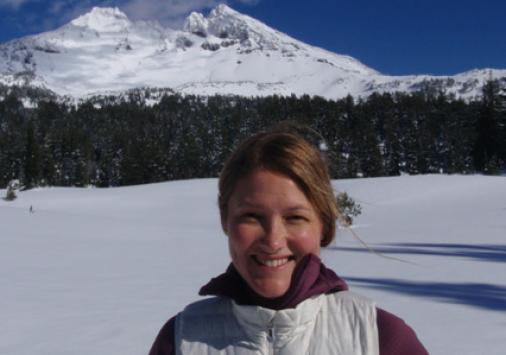 Homestead aficionado Richard Downs '77 shares his views on sustainability and the future.