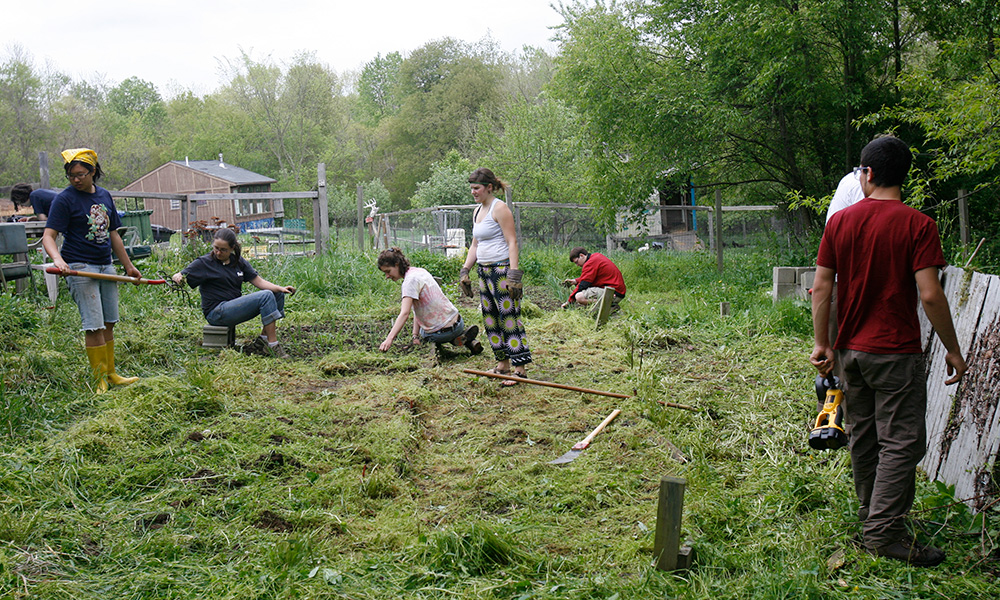 Denison has consistently demonstrated a strong commitment to sustainability, beginning in 1977 just seven years after the first Earth Day, when the university established the Homestead, an off-the-grid, evolving experiment in socioenvironmental-responsible community life.

We introduced a campus recycling program in 1984, which is now used by the entire Granville community. In 1994, our commitment ventured into the academic realm with the formation of an interdisciplinary Environmental Studies major.

A pledge to carbon-neutrality

“As a leading liberal arts institution, it is incumbent upon us to address climate change in the Denison way; in other words, thinking broadly, working collaboratively, and innovating boldly.” Denison President Adam Weinberg

The university initially responded to the pledge by tackling operations and overall energy efficiency. A Green Revolving Fund was implemented as a sustainable source of income directed toward these efforts. It has funded more than 70 projects to date.

In addition to efforts to reduce energy consumption, including a zero waste initiative and utilizing local and responsibly sourced foods, Denison was an early adaptor of renewable energy sources, installing solar panels to the Homestead in the early 1980s. Over the years, more panels have been added to the campus and in 2017, we developed the largest solar array of any college in Ohio which currently supplies 15% of campus energy needs, and introduced the first-of-its-kind solar pollinator habitat.

The Board of Trustees adopted LEED-certified standards for new construction on campus. To date, seven new and reconstructed buildings have adapted these standards. Denison has consistently been recognized by AASHE STARS sustainability program as well.

Denison’s beautiful campus grounds are also managed sustainably. We are recognized as a Tree Campus USA, a Bee Campus USA, and a Certified Wildlife Habitat. In addition, Denison manages its 350-acre BioReserve as a place for field research and a resource for the community to enjoy several miles of nature trails.

As an educational institution that holds sustainability as one of our core values, Denison incorporates sustainability into academic curricula to prepare our students for the future, one in which the increasing effects of climate change continue to impact communities and especially socially vulnerable populations.

Denison students graduate with the critical thinking, problem-solving, communication, and quantitative and qualitative skills necessary to operate, change, and live in a world impacted by climate change.

A new major in Environmental Sciences examines the evolution of the environment, how systems, including human agents, interact to produce the environment, and how present and future changes may impact the habitability of Earth.

In addition, Denison is undergoing initiatives to identify sustainability information currently embedded into the curriculum. We also are working to identify further ways in which this information can be added to academic disciplines across the college.

The Campus Sustainability Committee is currently working on a new report with further recommendations that will support income equity for students, faculty, and staff as part of these efforts.

Learn more about the history of sustainability at Denison 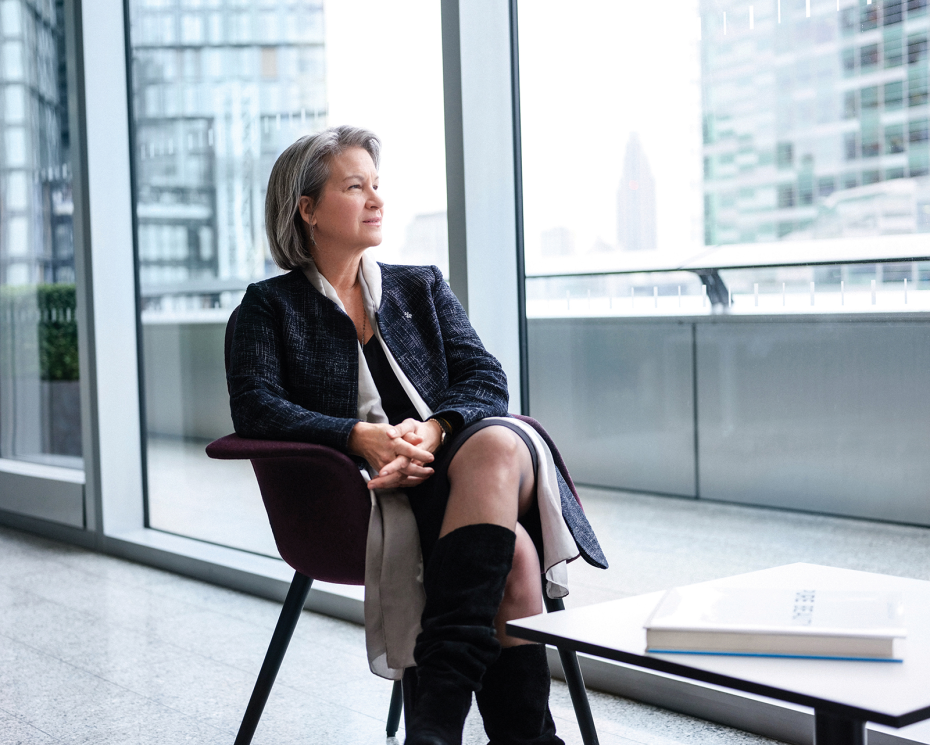 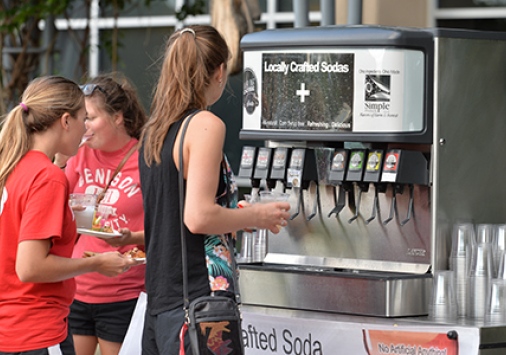 Bringing local, natural sodas to the campus took a lot of research and quite a bit of know-how. 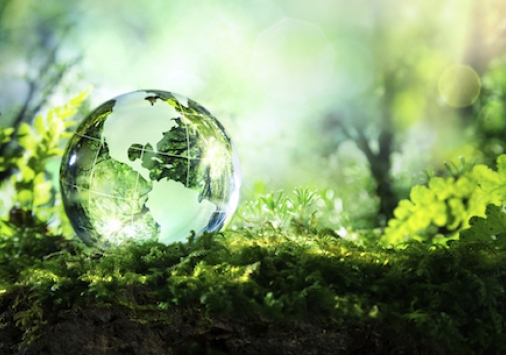 As seniors graduate, they take their values into the world with them. 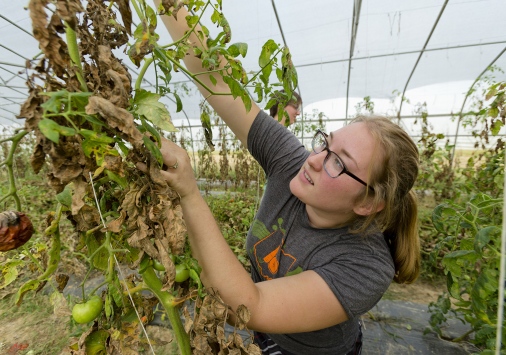 DU raises awareness about local and global impacts of one of our favorite things: food. 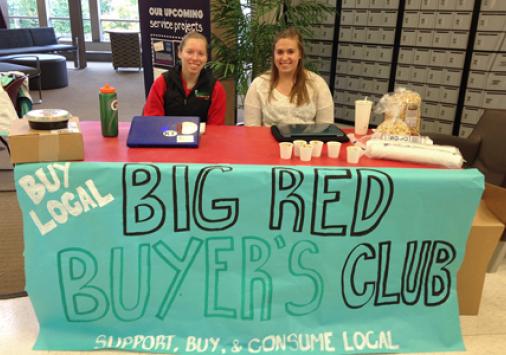 Seniors Jennifer Curry and Emily Marguerite bring local produce to the Denison community through a partnership with area farmers. 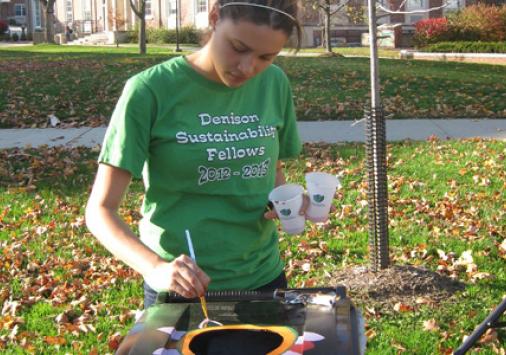 Musings from the Coordinator

Is Denison on the right track towards sustainability? 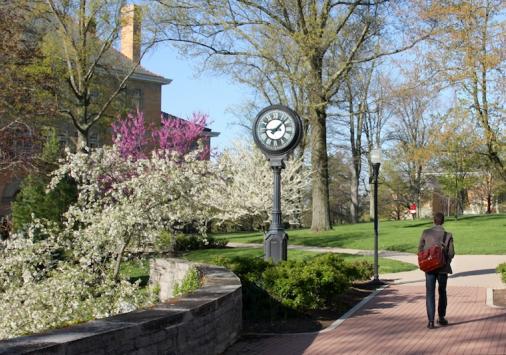 Denison is continuing its active campaign to go green and to be more sustainable.

Denison University has been recognized for its efforts to create natural pollinator habitats on its campus.

Denison University’s commitment to sustainability is being recognized by state and national organizations.