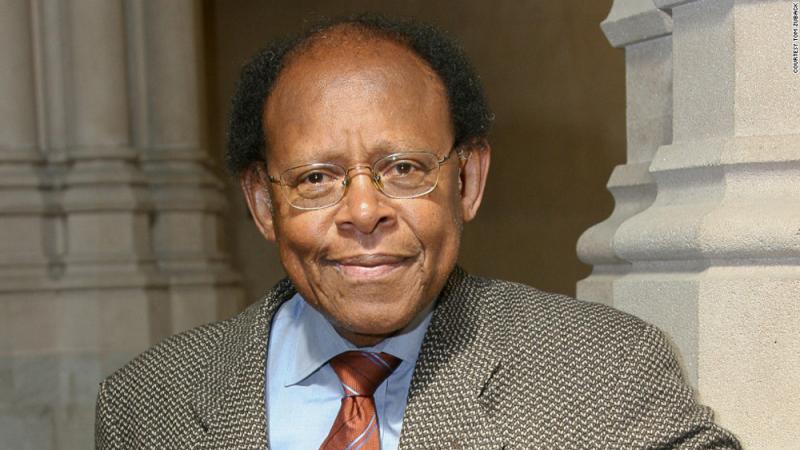 James Cone, founder of the Black Liberation Theology, holder of an honorary degree from Denison, and frequent guest of the college, has died. Kelly Brown Douglas '79, was a special protége and will speak at his funeral. She is the dean of Episcopal Divinity School at Union.

According to the Union Theological Seminary:

“Cone is best known as the father of black liberation theology. In his ground-breaking works, Black Theology & Black Power (1969); A Black Theology of Liberation (1970); and God of the Oppressed (1975), Cone upended the theological establishment with his vigorous articulation of God’s radical identification with black people in the United States. His eloquent portrayal of Christ’s blackness shattered dominant white theological paradigms, and ignited a wave of subsequent American liberation theologies.

“'Cone’s legacy goes beyond his writings, it extends to the opportunities it provided for others to find their own theological voice. He didn’t want disciples. He wanted those who would bring new perspectives to understanding and doing God’s work of justice in the world. The birth of womanist theology at Union was courageously brought forth in some measure due to the spaces opened up by Jim Cone,' said The Very Rev. Kelly Brown Douglas.”

According to Professor of Religion David Woodyard, Cone delivered 12 Goodspeed lectures at Denison. “He trained alums like Gary Simpson '84 and Kelly Brown Douglas '79, and he affirmed that the best students he had at Union were from Denison.”