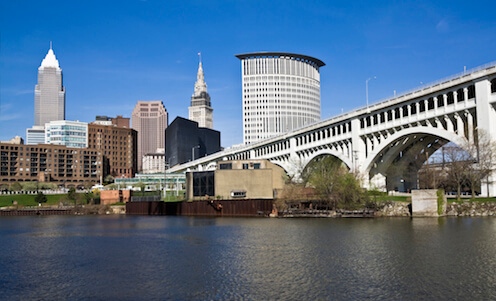 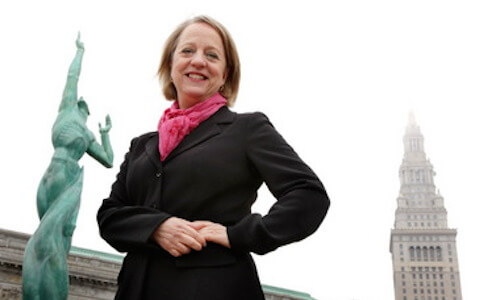 Joy Roller '76 is leading with love in a time of conflict.
View Photos »

Circling the city with love. It’s more than just a metaphor – Joy Roller ’76 is actually doing it – this Sunday, in fact.

In collaboration with Sister Rita Petruziello of the Saint Joseph Ministry, Roller is coordinating a nonviolent statement of solidarity and positivity in the wake of national conversations regarding race, political division, and policing.

On the afternoon of Sunday, July 17, at 3 p.m., thousands of Cleveland-area citizens, representing the diversity of Northeast Ohio, will hold hands for what Roller calls an “intentional 30 minutes in silence.” This act of love will span the Hope Memorial Bridge that unites Cleveland's east and west sides and rises above the city's historic origins, literally circling the city with love.

Sister Rita’s initial idea was to have participants standing in their neighborhoods and churchyards. Roller expanded the idea into one large circle encompassing the city. Working with a team of volunteers, Roller coordinated the event to make the vision a reality.

“This is an organic event that has just grown and grown,” said Roller. She also hopes to send a message to the world that “this is the kind of place Cleveland is.”

“This very public and symbolic act is just an example of who Roller is as a person.”

Roller is currently a consultant for civic and nonprofit organizations. Her entire career, which is distinctive and diverse, has been based around the idea of social justice. After studying political science and economics at Denison and attaining a Master of Divinity from Harvard University, she worked in television, producing a variety of nationally syndicated and cable programs from Los Angeles to New York. The 9/11 disaster in New York City convinced her it was time to move to Cleveland to earn a law degree and work in economic development.

Her advisor at Denison, Professor David Woodyard of the religion department, remembers her as “a decisively engaged student” who “lives her sense of the future in the present.” Woodyard claims that this very public and symbolic act is just an example of who Roller is as a person: “the world is transformed by the way she lives in it,” he says.

The event, which will be held on the eve of the Republican National Convention in Cleveland, comes at a critical time. “Things are heating up fast,” says Roller. “As a result of Dallas, St. Paul, Baton Rouge, clergy are calling for a community response and they’ve decided Circle the City is that response.” Roller and her team express no partisan rhetoric in circling the city, rather they see it as an act of unity, positivity and peace.

Roller’s passion for social activism and her community will come together this Sunday as she holds hands on Cleveland's Hope Memorial Bridge, showing that love is more than a metaphor, but an act of courage.

If you’re in the Cleveland area and would like to participate, please meet at the west end of the bridge at 1 p.m. For more details, visit Circle the Cities with Love