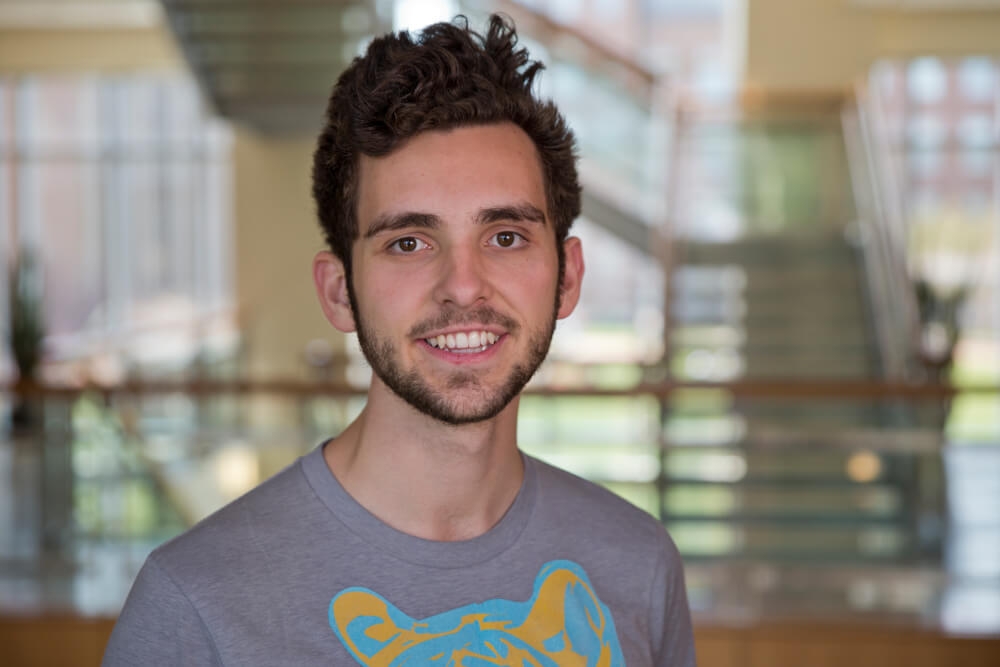 In the spring of 2016, a group of diverse inquirers gathered in Los Angeles to discuss religious theory and practice. These included a Canadian pastor, an Irish Eurovision finalist, an improv comedian from Portland, a philosophy student from Texas, a seminary student from Boston, and McLane Sellars ‘16, a religion student from Denison.

Sellars was conducting research for his year-long senior project: a thesis nearing 100 pages examining the Emerging Church Movement. Sellars describes the Emerging Church movement as an attempt to “creatively rethink the Christian tradition in order to make it compelling and transformative in a postmodern age.”

“We all got together in a local church and sat in the basement in this intimate little room filled with couches. We’d listen to a lecture and take notes and people would respond by asking questions, asking for clarification on things, pushing back on certain assertions,” he said. “It was a very collective experience. Usually I feel like I'm the only person looking into these subjects, so finding other people who were interested in the same topics was neat.”

In addition to his senior thesis, Sellars completed summer research in 2015 on the religious philosophy of contemporary Slovenian philosopher Slavoj Žižek with Professor Woodyard.

“Religious traditions are dynamic, unfolding, adjusting to the tides of history. Religions are keeping pace and participating in and driving the future. They aren’t stuck in the past.”

“Dr. Woodyard has been really helpful to me in that he introduced me to studying theology in a more critical way. Taking “Reality of God” and “Empire: Is America the New Rome?” with him in 2014-15 gave me a lot of new language and new categories with which to critically engage Christianity. He’s been empowering me to study what I want to study.”

Sellars, who said that faith was always an important part of his life, began his journey in the Department of Religion by taking a class during his sophomore year to become more personally informed. He was hooked.

“I felt the Religion Department satisfied my intellectual needs because it is so interdisciplinary. Religion involves everything: textual studies, cultural studies, historical work, anthropology, philosophy, theology. It incorporates everything,” Sellars explained. “I’m very liberal arts-minded so it was cool to see all my passions put together in a single spot.”

Sellars critically examined Christianity within the courses offered in the Religion major, as well as in his research and during his personal time.

“A lot of what I study is attempting to rethink Christianity and push it to challenge its presuppositions as thoroughly as possible so that it is informed and thoughtful and rational and sensitive to people’s realities and this world.”

Sellars is continuing to studying religion after graduation. He is now enrolled in the Masters of Divinity program at Harvard Divinity School.

“McLane Sellars embodies all that we value most highly about a liberal arts institution,” Chair of the Religion Department John Cort commented. “Whereas many students see things in intellectual silos, Mac explores the deeper connections among seemingly disparate topics. I have consistently been surprised and enlightened by his insights.”