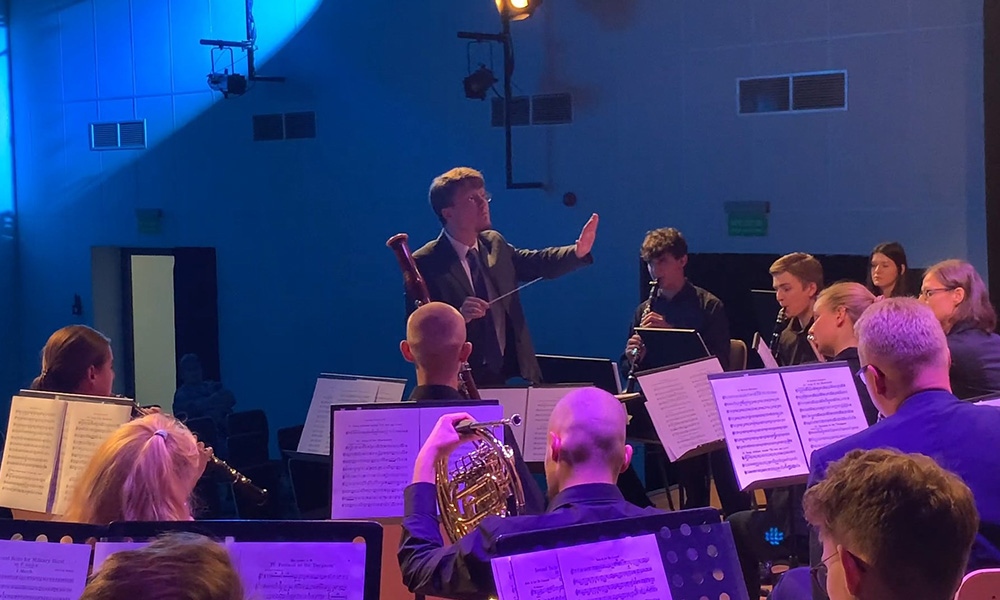 Westover won First Prize at the Warsaw Wind Ensemble Conducting Competition in October 2019. The Warsaw Wind Ensemble Conducting Competition drew over 20 conductors from around the world. The First Prize includes the honor of giving the premiere of Artur Słotwinski’s Overture “The Year 1918,” as well as an invitation to lead a concert with the Warsaw University of Life Sciences Representative Orchestra in the coming season.

The Warsaw Wind Ensemble Conducting Competition is organized by the Warsaw Wind Music Association and held every two years in Warsaw. It was established to recognize the growing number of graduates of wind orchestras conducting specialities from all over Europe and the world. In competition, conductors conduct various renowned wind orchestras from Warsaw, and are judged by a professional jury chaired by Prof. Szymon Kawalla.

The American Prize offers a series of nonprofit national competitions in the performing arts providing cash awards, professional adjudication and regional, national and international recognition for the best-recorded performances by ensembles and individuals each year in the United States at the professional, college/university, church, community and secondary school levels.