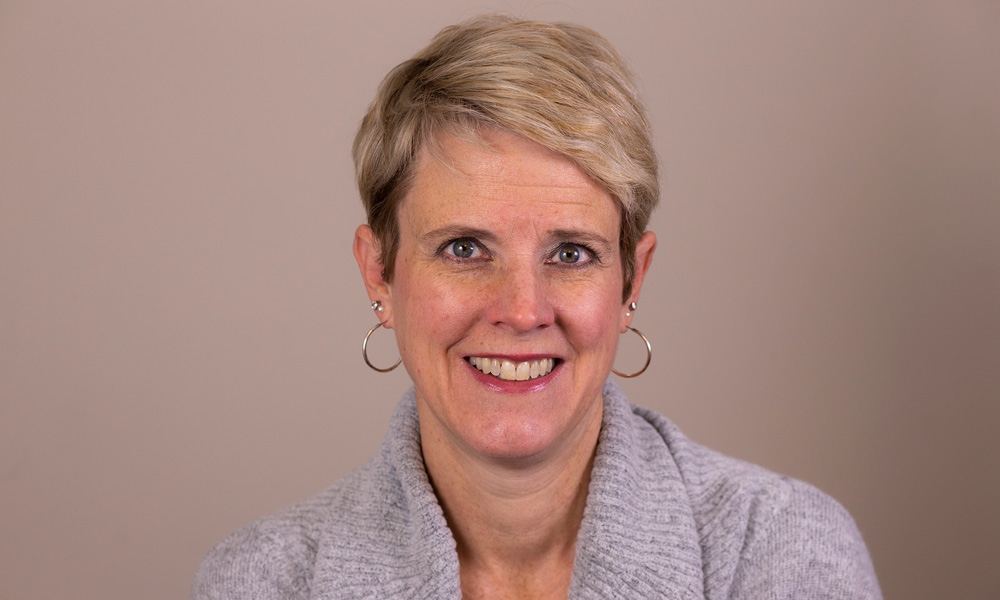 Speaking of Crossley-Frolick, Denison Provost Kim Coplin noted, “Katy Crossley-Frolick views liberal arts teaching as the art of ‘helping students explore their latent and manifest curiosities.’ As a mentor, she encourages students to develop an intentional mindset that promotes ‘novel and creative ways to take responsibility for their choices and articulate the rationale behind them.’ Her pedagogy emphasizes the importance of developing a global lens in a field that is evolving in response to contemporary issues. Katy’s students study the ways in which countries reckon with legacies of gross human rights violations and genocide. These topics are explored in courses designed as a ‘living lab’ for students to apply and challenge political concepts. They not only gain understanding of multilateral institutions, they have the opportunity to model the work of the United Nations as a delegation playing the roles of ambassadors from UN member states.

“As a scholar of transitional justice, Katy’s teaching is informed by her work in German foreign policy, postwar Kosovo, and the security policy of the European Union. Her classroom is a space in which students contend with the ‘Wicked Problems’ of our time, including terrorism, immigration, the proliferation of weapons, and poverty.”

Crossley-Frolick joined the faculty at Denison in 2007. She holds a bachelor’s from North Central College, and a master’s and doctorate in political science from Loyola University, Chicago. Her current research interests focus on post-conflict peacebuilding and statebuilding, transitional justice, international organizations, human rights, and German foreign and security policy. She serves as the faculty advisor to several student organizations, including the Denison Democrats, Denison’s Model United Nations Club and Denison University’s UNICEF Chapter.

Crossley-Frolick supervises the preparation of students to participate in the American Model United Nations (AMUN) simulation. The simulation gives students the opportunity to apply what they learn in the course over several days. Over the past few years, Denison students have represented Lithuania, Zimbabwe, Malaysia, Serbia, Saudi Arabia, Pakistan, Spain, Tunisia, and Colombia. Students have won numerous awards at the conference recognizing their excellence in representing these various countries. Over 1500 university students from the U.S. and abroad attended the AMUN conference, representing approximately 100 U.N. Member States.