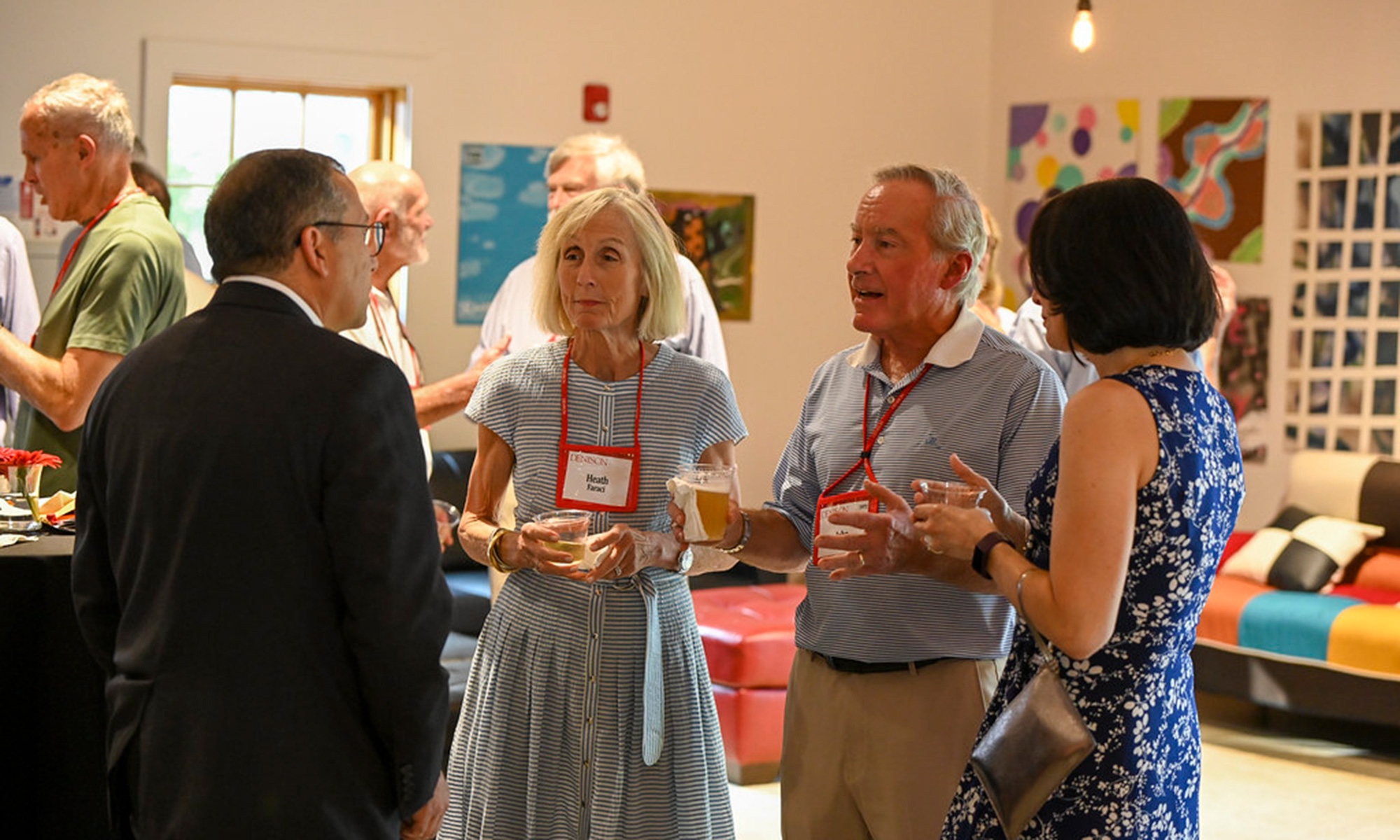 President Adam Weinberg speaks with alumni at the 2022 reunion.

More than 800 alumni filled The Hill June 1-5, 2022, to celebrate the return of reunion festivities at Denison.

Among those in attendance were several former students from the 1950s, including Wanda Thomas Stubbart ’52, marking her 70th reunion.

Alumni were given the opportunity to stay in the residence halls, and more than 200 took the opportunity to relive the joy of shared spaces. While more than 700 people pre-registered for the events, an additional 100-plus alumni and family members arrived on campus and signed up for the celebration. Attendance figures would have been even higher had the class committees for 1965, 1966, 1967 and 1968 not decided to delay their reunion for one year.

The week kicked off June 1 as the 50th reunion classes of 1970-72 were invited early to participate in a golf outing, a conversation with President Adam Weinberg, and six discussion groups, spanning three days and featuring experts in the field. Among the highlights were panel discussions on the changing environment for women at Denison and on the Black student demands in the 1960s and 70s, which served as a prelude to greater campus diversity.

Throughout the week, reunion attendees were invited to breakfasts, lunches, and dinners, as well as guided tours of the Michael D. Eisner Center for Performing Arts and the new Ann and Thomas Hoaglin Wellness Center, which will open in the fall.

Reunion activities and events accelerated over the weekend as author Dr. Arthur C. Brooks delivered his keynote address on Friday and professors Adam Davis and Margot Singer led a discussion on why they believe students must be exposed to a diversity of thought and perspectives as part of their liberal arts education in the era of “cancel culture.”

Friday also included a picnic, a reception for former Big Red athletes, and a fireworks display that could be seen throughout Granville. President Weinberg presented his State of the College address on Saturday, at a convocation also celebrating the recipients of the Alumni Citation, the highest honor bestowed upon a Denisonian. There also was a parade of classes from Swasey Chapel to the Reese~Shackelford Common, a series of alumni college classes and a Denison Pride gathering for LGBTQIA+ alumni, friends, students, and allies. The evening concluded with desserts and dancing.