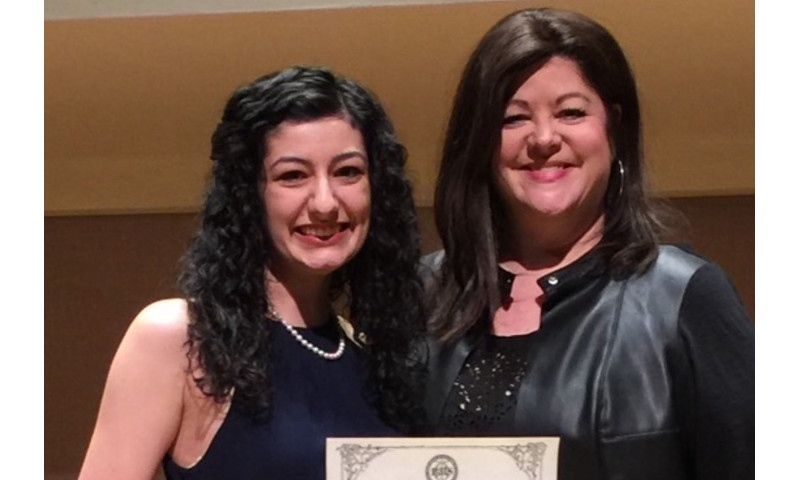 Meg Odell '19 has won first place in the musical theatre category of the NATS Regional Singing Competition at the University of Toronto.

The event took place on March 4th and the competing singers represented colleges and universities in Ontario, Michigan, Ohio, and Indiana. Odell won a cash award for her masterful performance and she also was selected to sing on The Concert of Promise held later that day at the University.

Odell had previously won her category at the state level at Wright State University in October and was then eligible to move on to the regional competition. Odell is a music performance minor and she studies voice with Belinda Andrews-Smith, Assistant Professor of Music.