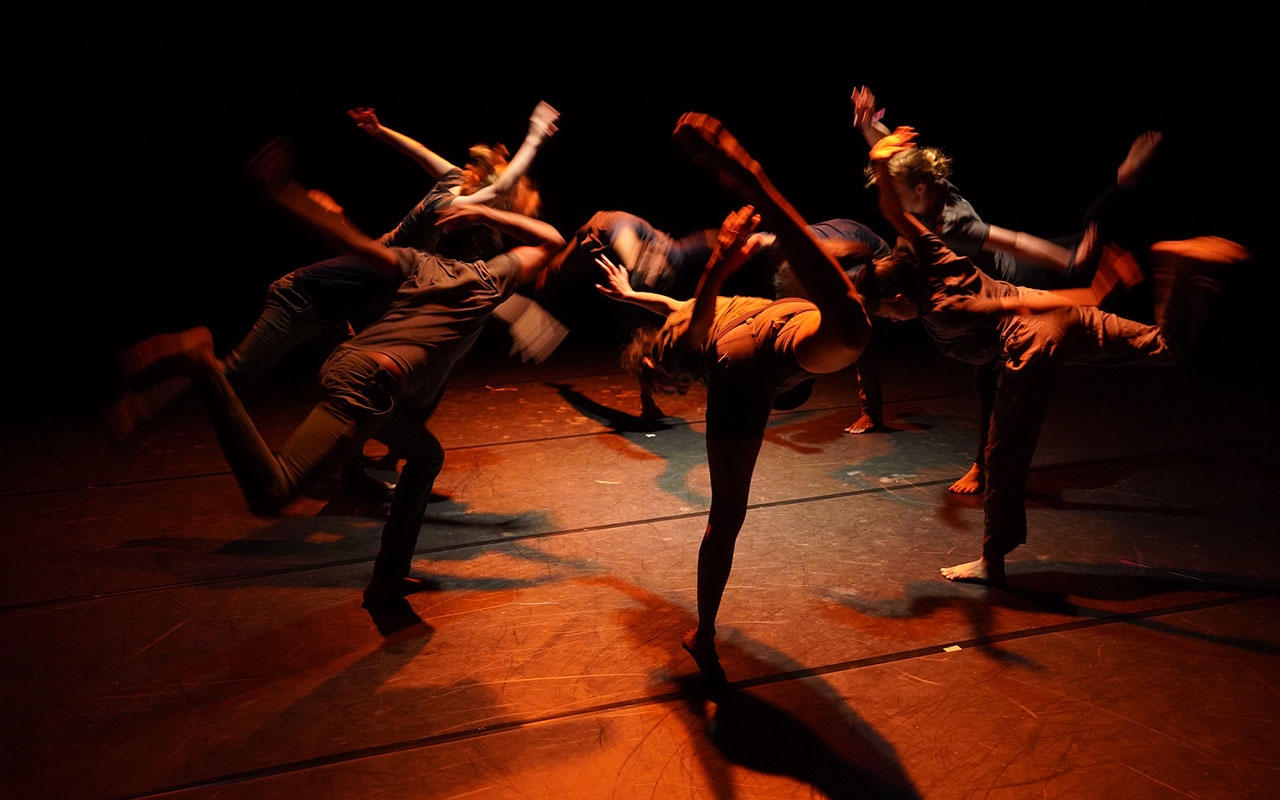 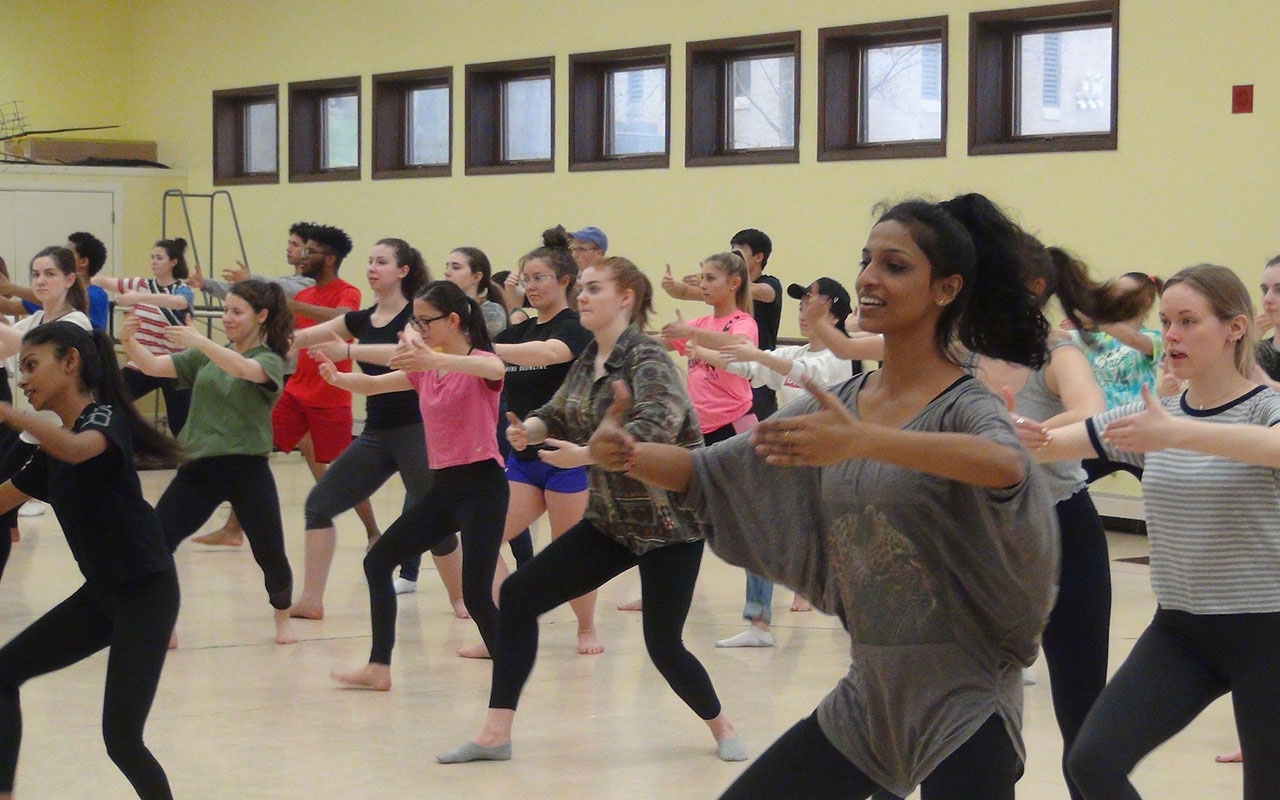 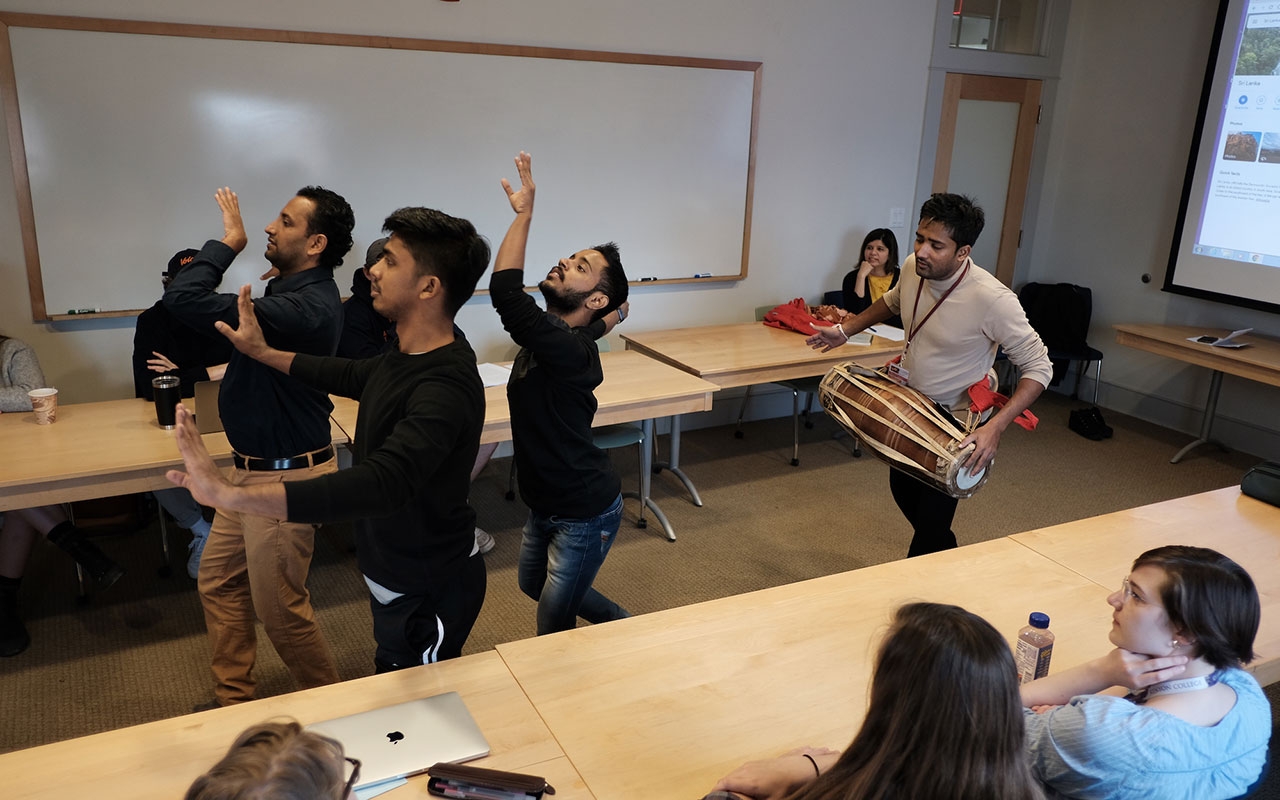 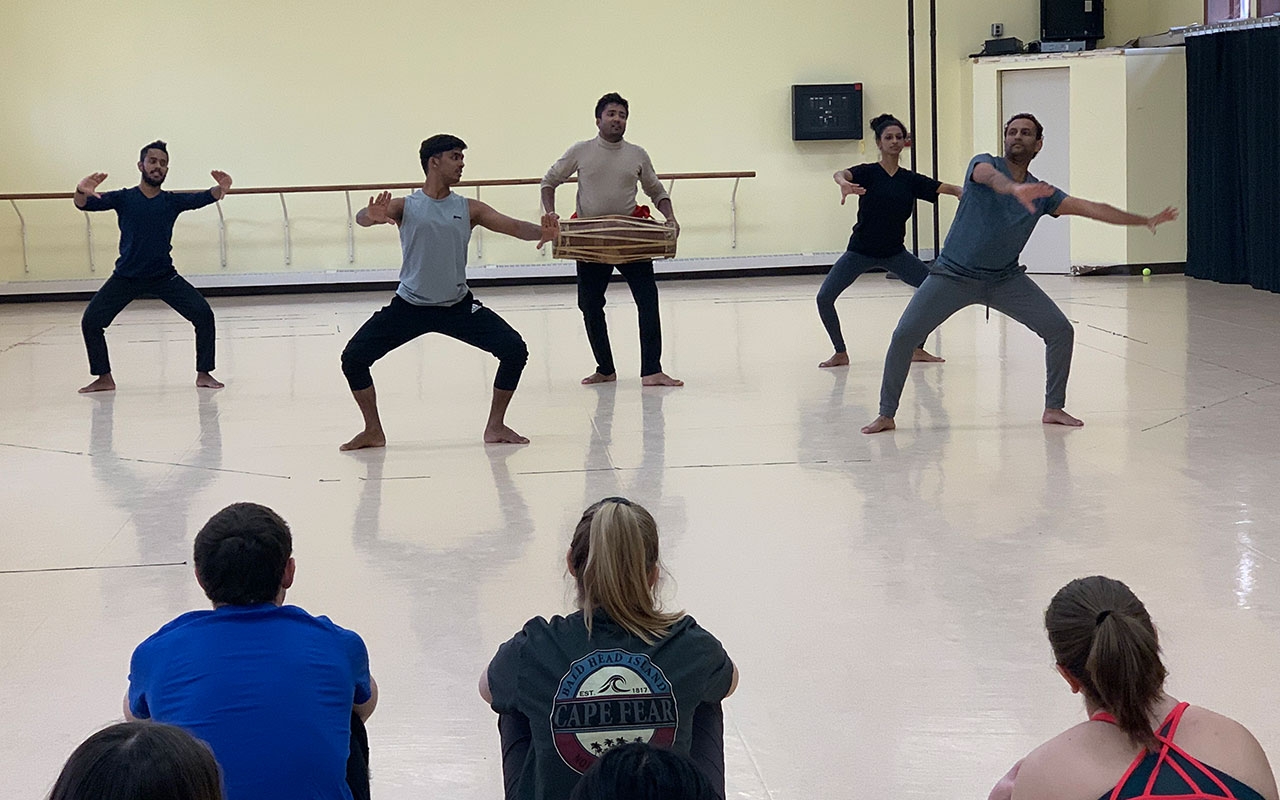 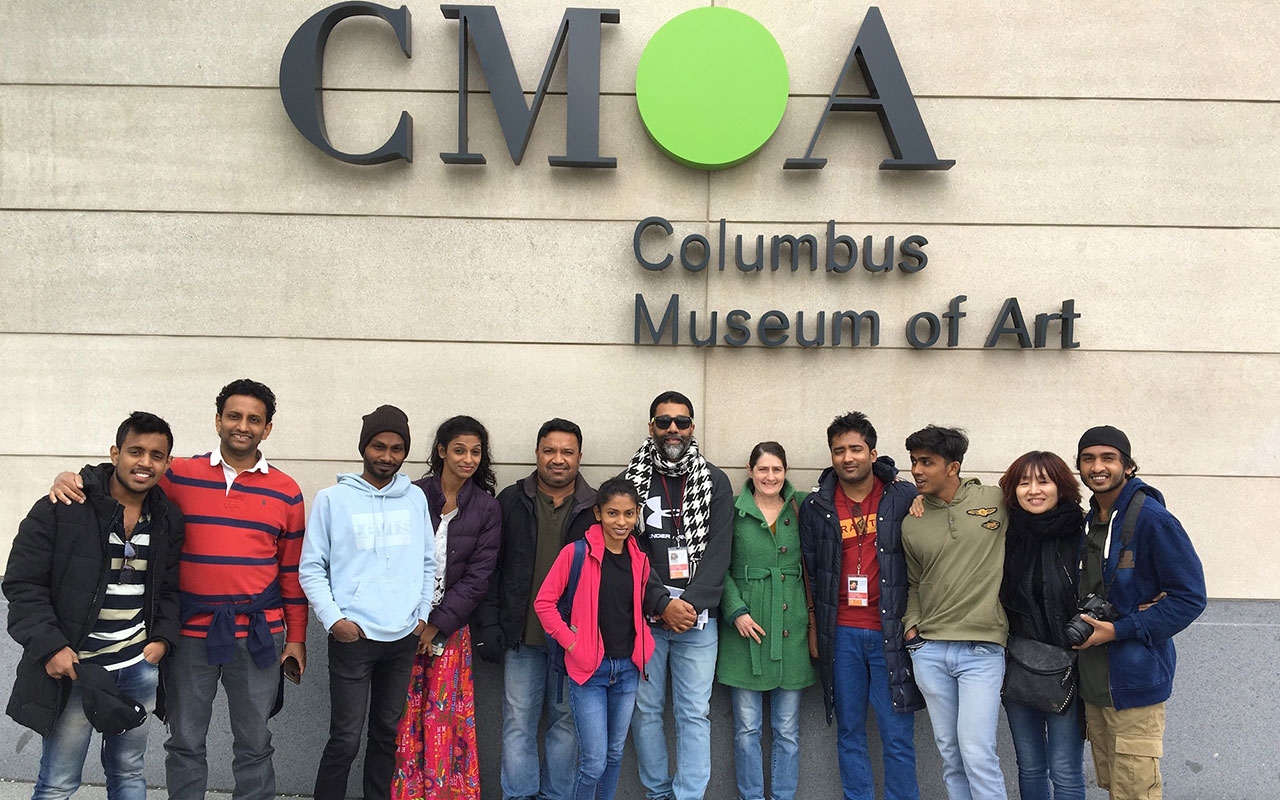 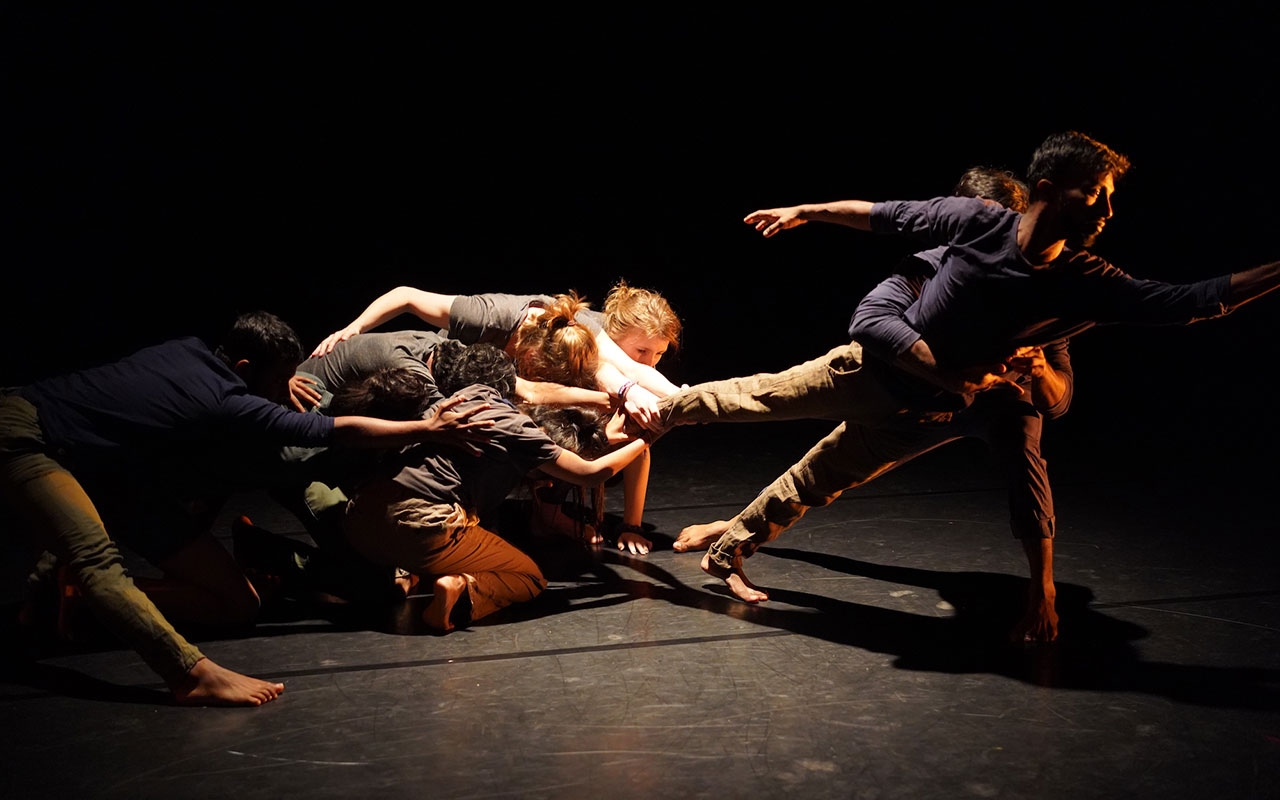 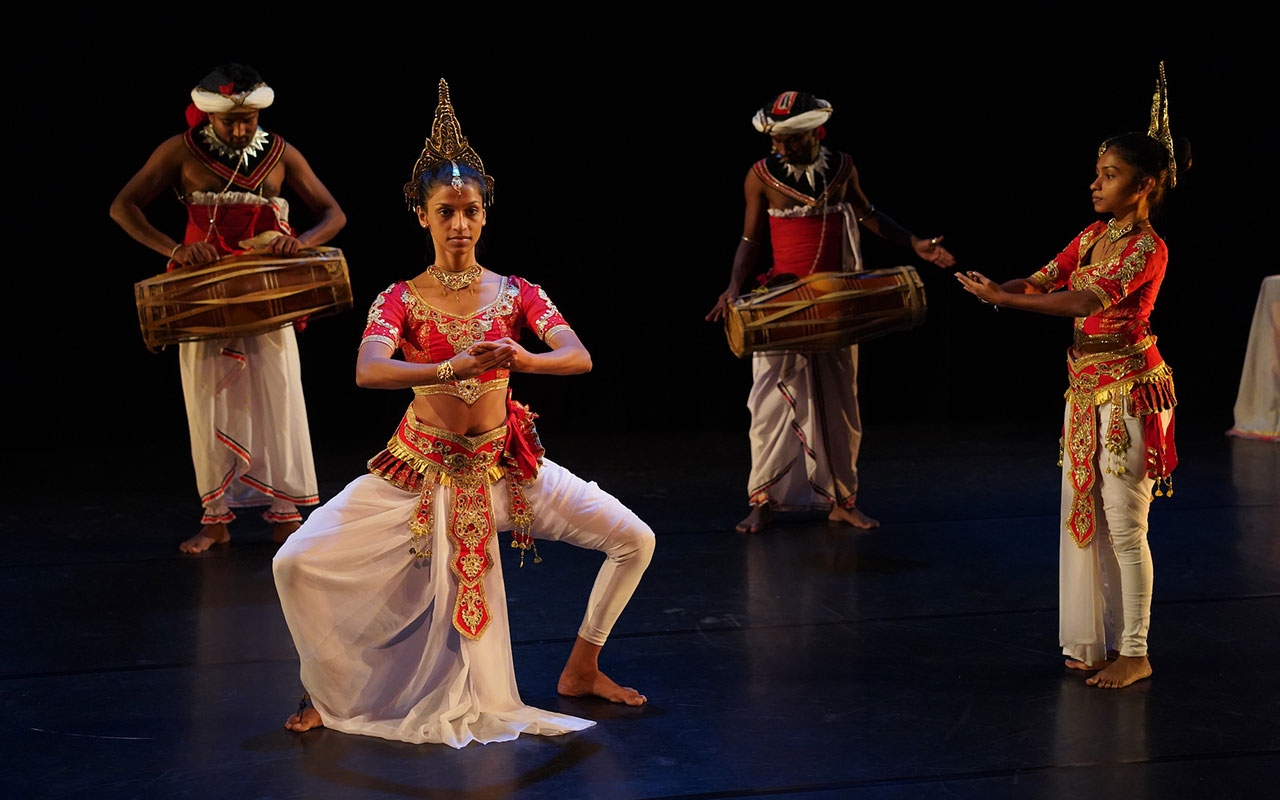 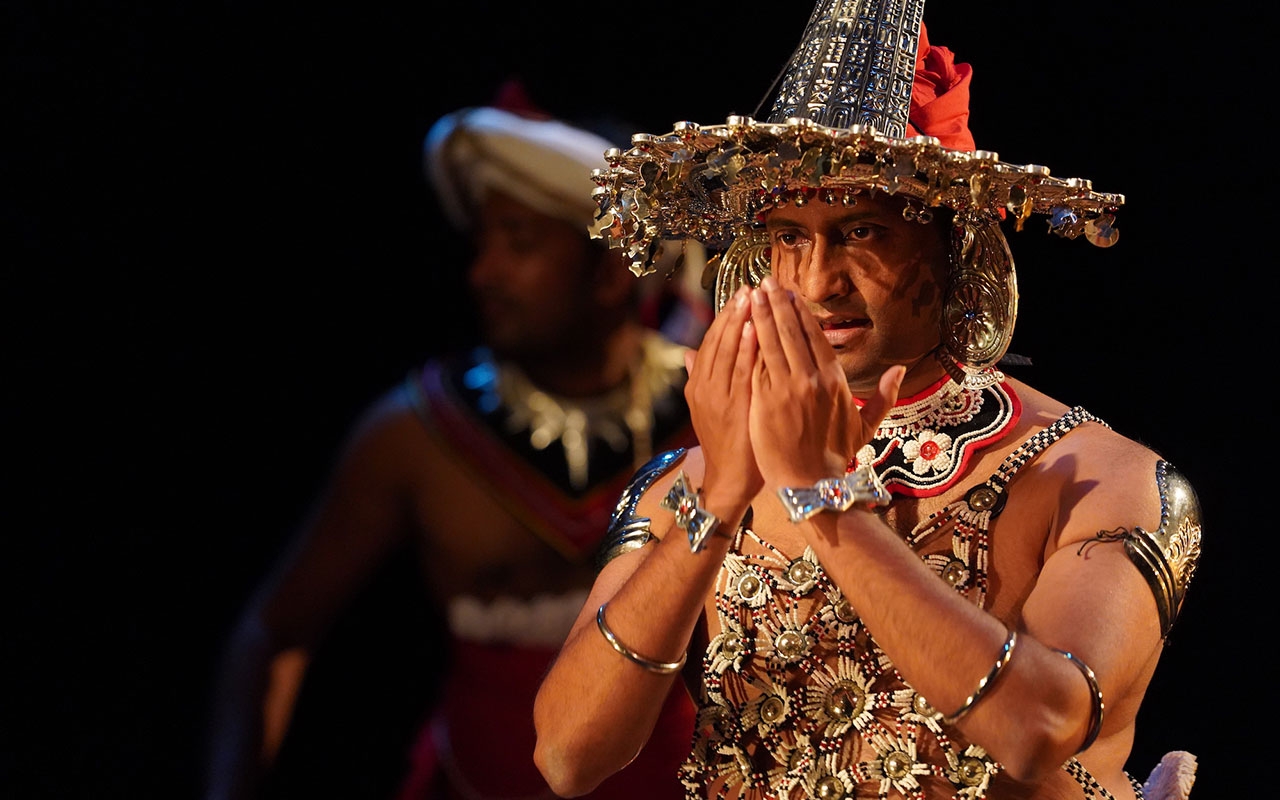 For more than five years, Denison students and professors have been participating in a cross-cultural exchange with Sri Lankan counterparts. As with many great things at Denison, it all began with a connection.

In the summer of 2015, Denison alumna and dance major Umeshi Rajeendra ’13, invited Professor Sandra Mathern-Smith and dance students Callie Towles ’16, Martha Gutierrez ’16, and Emily Farrow ’18, to perform and teach in celebration of the opening of her modern dance studio, the Mesh Academy of Dance, in Colombo, Sri Lanka. These Summer Scholar students conducted research and performance projects while in Sri Lanka and also traveled the island, experiencing its culture and history.

The following summer, Mathern went back to Sri Lanka with three more students, Mailys Dagan ’19, Meg Odell ’19, and Hannah Zwemer ’17. Over 16 days, they visited cities and historic sites, worked with students at Rajeendra’s Mesh Academy, and studied the culture of the island country formerly known as Ceylon.

Over the next two years, Mathern continued to build the program, introducing students and faculty from art history and visual culture, music, studio art, and theatre to Sri Lanka, and its historical intersection with Buddhist, Hindu, and Islamic cultures. As part of that effort, she spent nearly 4 months living and teaching in Sri Lanka and teaching at the University of Visual and Performing Arts (UVPA) on a Fulbright scholarship.

Then in 2019, Mathern collaborated with Taku Suzuki, associate professor and director of the International Studies program on a grant funded by a Great Lakes College Association (GLCA) Mellon Foundation initiative. This time, the focus was to bring 11 Sri Lankan dancers, musicians, and scholars to Central Ohio, to visit Denison, as well as Kenyon and Wooster colleges, for a residency project titled Challenging Borders: Embodied Cross-Border Encounters through Dance and Music.

The residency engaged more than 100 American students studying South Asian history and politics, international studies, music, dance, and Sri Lankan literature. The capstone activity for the week was a performance of diasporic, traditional, and contemporary dances of Sri Lanka.

“I am so excited about the possibilities this project created for the Denison-Sri Lanka connection,” says Mathern. “It was incredibly successful at exposing students and faculty to the culture and history of Sri Lanka, expanding the South and Central Asian Studies programs curricula, and inspiring new avenues for research and teaching.”

“Our guests from Sri Lanka also benefited tremendously from this exchange, experiencing life on a small liberal arts campus in the U.S., taking classes in contemporary and African Diaspora dance, and sharing their culture with students and faculty from three colleges,” she adds.

“I am so happy that Denison fine arts faculty’s long-lasting relationship with UVPA has resulted in this amazing opportunity. We all are gaining from the personal connections built between the faculty, as well as students, during the residence,” says Suzuki.

Mathern summarizes, “The combination of class visits, performances, panel discussion, and dance workshops offered a multitude of perspectives on Sri Lankan culture and history, which has helped to cement our deepening relationship with artists and scholars from Sri Lanka.”

A longer-term relationship with Sri Lanka is guaranteed to continue. Denison and the UVPA have signed a memorandum of understanding to maintain their ties. At the UVPA, Denison students have visited, taken workshops, and performed on various trips. Denison faculty have given artist talks and taught students there as well.

“I am amazed all over again by how far this project has come from its inception and in today’s global economy, such a project cannot be underestimated,” says Rajeendra. “The ability to communicate multi-culturally through learning how to study and teach across cultures is more than an academic necessity. It is a need at this day and age to push students to understand before seeking to be understood - which helps them become global citizens - a cornerstone of a liberals arts education.”

She adds, “I would not be where I am today if not for cross-cultural connections with Denison or my friends in Europe and Asia.”