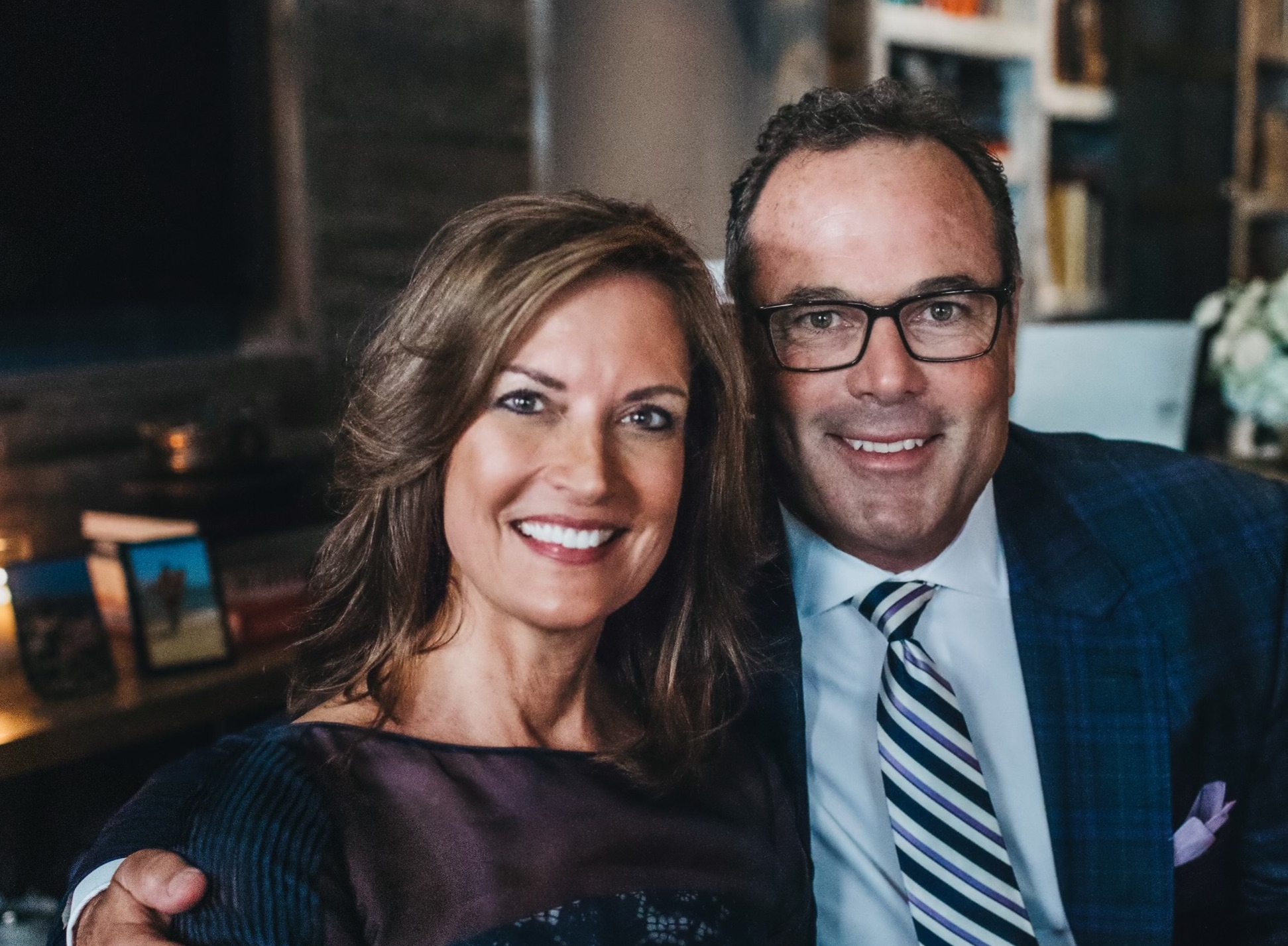 “I want to invest in world-class facilities for our world-class students,” says Kienzle. “Denison is on a winning streak, and our men’s and women’s lacrosse teams are achieving outstanding success in their competitions. And I am building on the trajectory of other great new facilities like the Hoaglin Wellness Center, and the Eisner Center for Performing Arts.”

“Kienzle Stadium is designed to benefit the entire campus community,” says Denison’s Director of Athletics Nan Carney-DeBord ‘80. “Currently, our varsity sports are all sharing one turf facility, which taxes our coaches and students with late night hours. This new stadium will be used by many of our varsity sports teams.”

Carney-DeBord added, “This will also provide lighted facilities for Club & Intramural sport participation. We are very grateful to the extraordinary gift of Rick and Cindy Kienzle and other loyal donors.”

President Adam Weinberg commented, “Denison has been so incredibly fortunate to continually upgrade our campus due to the generosity of our donors. Over the last few years, we have been able to construct the Michael D. Eisner Center for the Performing Arts, the Ann and Tom Hoaglin Wellness Center, and the Austin E. Knowlton Center for Career Exploration. Additionally, we have renovated almost every residential hall. I am incredibly grateful to Rick and Cindy for supporting this project. It’s an important project for our Athletic Department and will be great for the entire campus community.”

Kienzle’s love for lacrosse began in 10th grade when he first picked up a stick. “I started playing in high school, but Coach Tommy Thomsen taught me the game,” he says.

Kienzle says, “Coach Thomsen didn’t quit on me when I wanted to quit on myself, and that was really formative for me.” He adds with a laugh, “I didn’t always understand it or even like it at the time — there was a lot of tough love wrapped around it.” 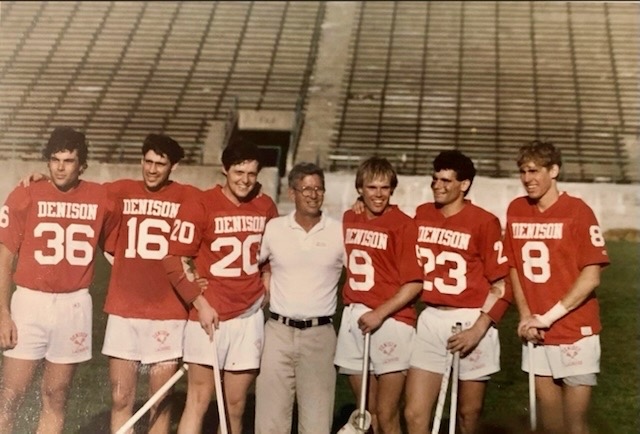 “I’m still close to a lot of my team members. Those relationships and the opportunity to play on a nationally ranked team — what an outstanding experience.”

After graduating from Denison, Kienzle began his career working in surgical sales. “My company trained and licensed us to work in the operation room as part of the surgical team.”

“Early in my training, I had to learn the things that were available to me at Denison, like biology, chemistry, and physics. It was a pretty circuitous route for a history major from central Ohio. I could have taken more advantage of the liberal arts at that time, but I never knew about connecting those dots.”

Eventually, Kienzle took advantage of his training and exposure to the medical and commercial side of the business to partner with biomechanical engineers and launch his own company to develop and support non-invasive spine implants.

Today Kienzle is retired and living just outside Philadelphia. And he follows the Big Red men’s and women’s teams, attending games as often as possible.

“I went to all the NCAA games this year,” he says. “My teammates and I see each other at the games all the time. There are always a lot of alumni at the spring break games in Baltimore, and I’m almost always at the OWU match.”

“Our men’s and women’s lacrosse teams have been nationally prominent since their earliest days,” says Carney-DeBord. “This facility will allow us to become even more competitive and contend for national titles year in and year out.”

Denison’s success on the lacrosse field helped lift the university to its 18th NCAC All-Sports Trophy, earning the Big Red top standing overall for the league’s 38 years of competition. Denison is the NCAC Division III all-time all-sports leader in both men’s and women’s competitions, topping DePauw, Wabash, and Ohio Wesleyan, among other competitors.

“Both teams have earned this stadium,” he says. “I’m proud of Denison’s excellence in athletics and academics, and I want to help attract even more of the best and brightest.”

Rick and Cindy’s generous leadership gift is the catalyst for our new lacrosse stadium.  Fundraising will continue to complete the project.  For more information, please contact Dave Watt, senior development officer, at Wattd@denison.edu or 203-570-5585 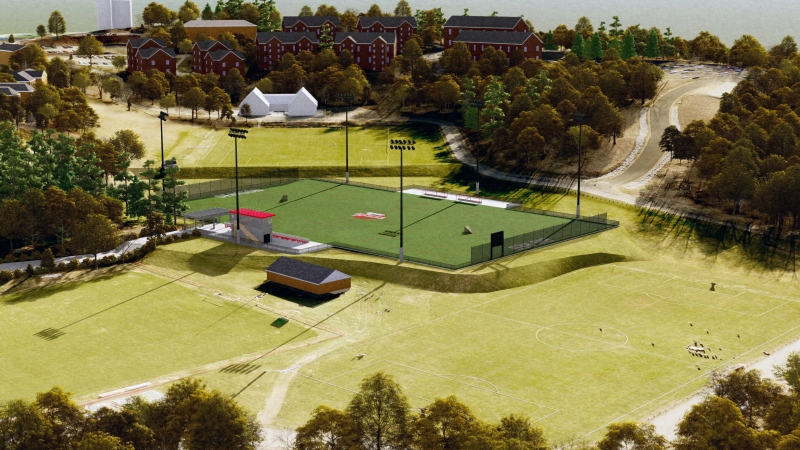 The proposed Kienzle lacrosse stadium is located on the current varsity practice field and is due to open in Spring 2024.