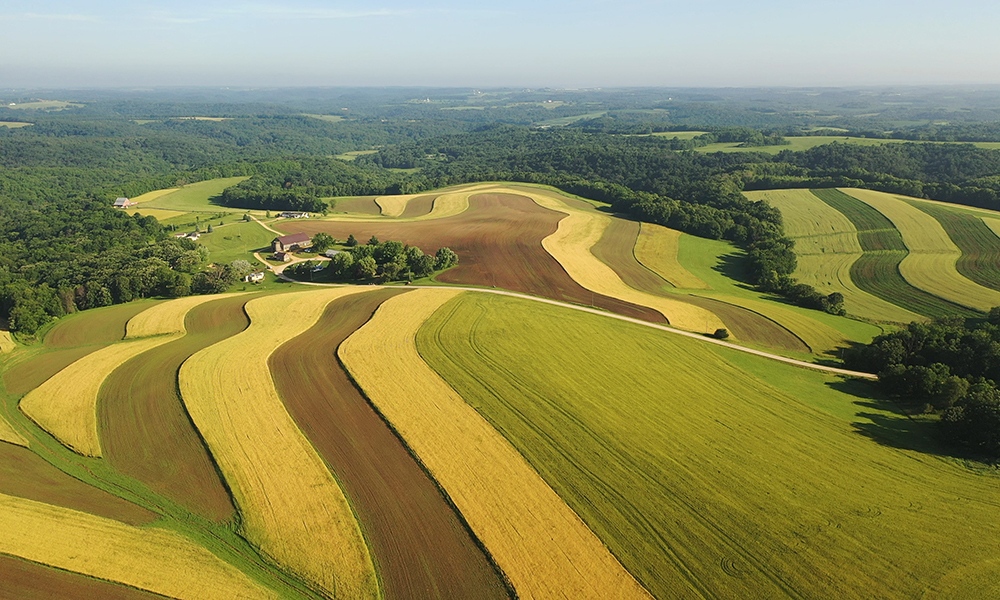 Denison University announces a new book co-edited by Assistant Professor of Creative Writing Michael Croley and Associate Professor of English Jack Shuler, Midland: Reports from Flyover Country, a collection of essays that negates stereotypes of the Midwest by sharing a diversity of life experiences across a region that covers thousands of miles, from Arizona to West Virginia.

With a host of leading journalists from between the coasts, this collection of essays offers an unheard perspective on immigration, drug addiction, climate change, and the lessons of Trump’s historic and controversial election. Freelancer and former WOSU news reporter Esther Honig describes the effects of the immigration crackdown in Colorado; Veteran journalist C.J. Janovy writes about the challenges of being an LGBTQ+ activist in Kansas; journalists Karen Coates and Valeria Fernández show us the children harvesting our food; and reporter at WMMT/The Ohio Valley ReSource Sydney Boles chronicles a miner’s protest in Kentucky.

Michael Croley said the book supports local journalism by individuals with some personal understanding of the communities they are writing about. “We hope the book will showcase the depth and talent of journalists working in a variety of overlooked places,” he said. “Our hope is that readers—and editors at major news outlets—will see that they don’t need to rely on parachute journalism, but can call on these folks who are working the ground where they live with care and concern.”

“We are trying to disrupt notions about the middle of the country, to show that there is progressive, research-based organizing here,” said Croley. “Instead of pushing stories to the middle, we thought we could push them out and send them to the coast.”

Croley has taught creative writing at Denison since 2011. He won an NEA Fellowship in Literature for 2016 as well as an Ohio Arts Council Individual Excellence Award. He is the author of Any Other Place: Stories. His fiction and essays have appeared in the International New York Times, Bloomberg, VQR, The Paris Review Daily, Kenyon Review Online, LitHub, Narrative, and elsewhere.

Shuler is associate professor of English at Denison, where he teaches American literature, Black Studies, and chairs the Journalism program. He is the author of four books, including This is Ohio: The Overdose Crisis and the Front Lines of a New America, which came out earlier this month. His writing has appeared in The New Republic, Pacific Standard, Christian Science Monitor, Salon, Los Angeles Times, among others.