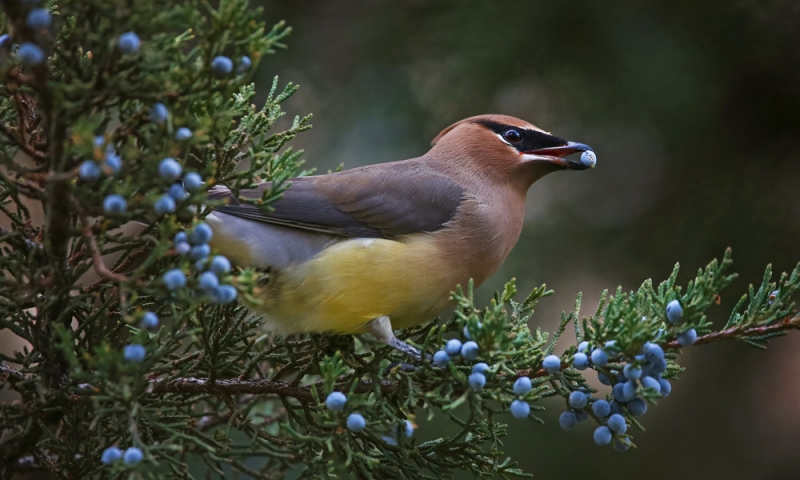 The National Science Foundation has awarded a three-year $50,000 research grant to Denison University Assistant Professor of Data Analytics Sarah Supp. The award is part of a larger proposal funded at nearly $1 million. Supp is collaborating on an environmental biology project, titled “Collaborative Research: Scale-dependent processes as the drivers for understanding range- and niche-expansion in a widespread native species.” Supp will serve as the principal investigator of her area of the study. Fellow researchers are David Ward, Oscar Rocha, and Juliana Medeiros from Kent State University, and Gil Bohrer from the Ohio State University.

“The Eastern Red Cedar (ERC) is a native tree to the eastern United States, but has been rapidly expanding its range in ways that are changing rangeland and rural landscapes” says Supp. “We want to study the spread of this tree to establish how human-caused disturbances, such as cattle grazing, fire frequency, climate change, and shifts in the migration timing of seed-eating birds, affect the species’ expansion into new areas.”

The study’s central hypothesis is that, at a large scale, changes in prairie management are more important than other factors such as climate change and human disturbance. However, at intermediate and small scales, factors such as bird dispersal, plant species competition, and facilitation are most important.

Supp will provide stipends to undergraduate student researchers at Denison, and use data from citizen-scientist birdwatchers to understand bird migration timing and movement during the winter months from 2008-2019 in areas where ERC occurs. Bird species, especially the Cedar Waxwing (Bombycilla cedorum), aid in ERC spread and germination by eating and defecating the seeds. Supp and her team will incorporate pilot studies and fieldwork from researchers at Kent State, and collaborate with researchers at the Ohio State University to build a spatially-explicit theoretical model. By linking human, natural, and climate processes that occur across different spatial scales, the model will lead to a better understanding of how and at what rate native invasive species can spread across the landscape.