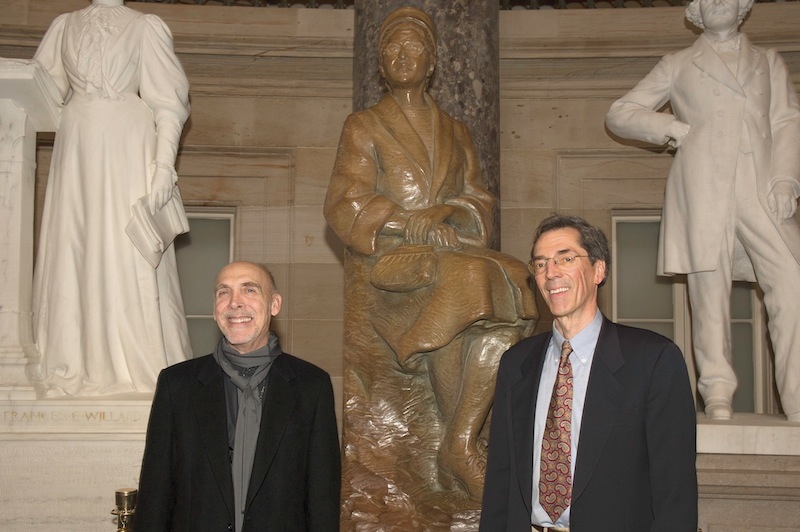 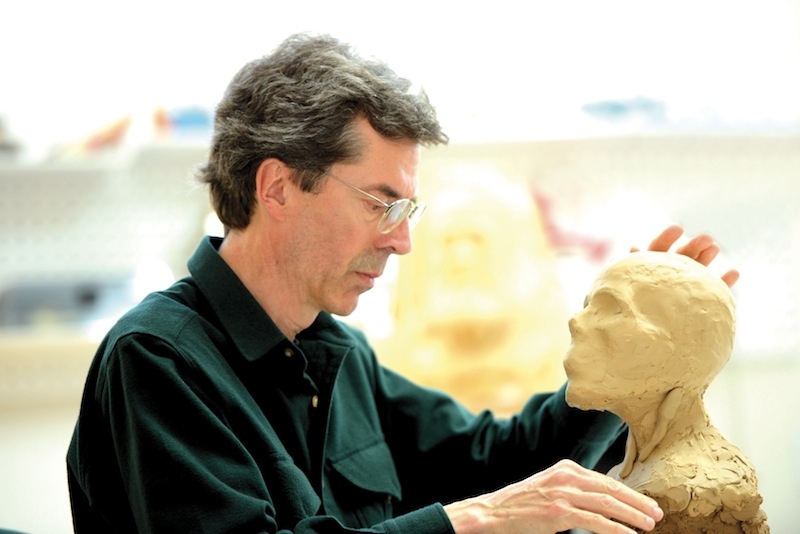 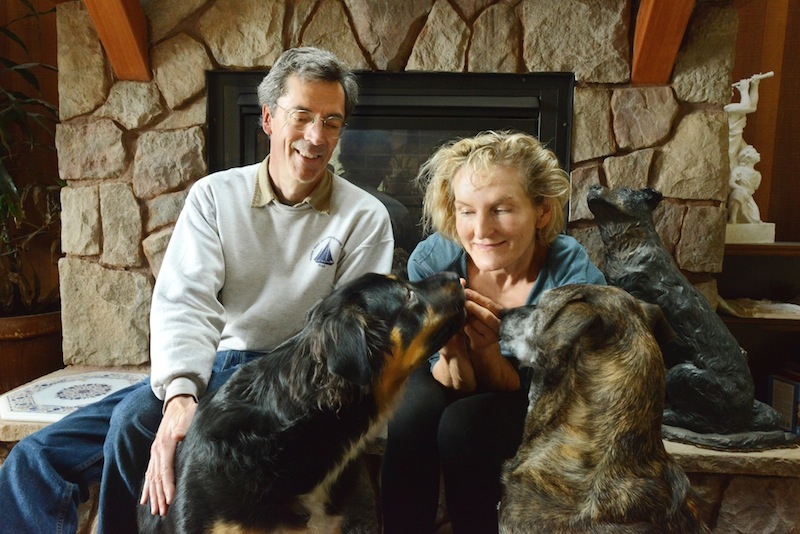 Eugene Daub and Rob Firmin ’70 have worked on a number of high-profile sculptures, including those of Thomas Jefferson, Abraham Lincoln, and their latest, Rosa Parks, which was unveiled earlier this year in the U.S. Capitol's National Statuary Hall.
View Photos »

Before the ceremony celebrating the placement of a sculpture of the first African-American woman to be honored in the great hall, Firmin and Daub were escorted to a back room where they had the chance to meet with President Barack Obama. As the men stood talking, and the president asked how long the piece had taken to complete—four years—the irony was not lost on Firmin, who under his dress shirt, wore a T-shirt that read, “I Stand with the President.”

“We like to do figurative commemorations of people we admire and allegories of principles that we admire,” says Firmin. “Rosa Parks was one of the most obvious examples of someone who had a positive influence on human life.”

“Art is quite different than other endeavors but most closely related to science. …it’s an exploration of something that no one has ever done.”

As a lifelong student of both history and art history (his double majors at Denison), Firmin likes to spend a few months researching the subjects of his work. But given the nature of competitions for public art, which is the life source of their commissions, Daub and Firmin sometimes only have a few weeks to put together a proposal and a scale model. The team conducted extensive research for commissions they were awarded to depict Thomas Jefferson at the University of Virginia and Abraham Lincoln near his Kentucky birthplace.

Independent of Daub and Firmin Studios, Firmin designed the architecture for the Dwight Eisenhower Memorial competition, for which he won an award from the National Civic Art Society.

“History is an approximation to the story of every thought, every action and every aspiration, successful or not, of every human who has ever lived,” says Firmin. “Art is quite different than other endeavors but most closely related to science. Unless you are a copyist, it’s an exploration of something that no one has ever done.”

After Denison, Firmin earned two degrees at the University of Chicago, writing a dissertation that focused on demography, while at the same time completing an M.B.A. at Columbia University. In 1981, he created a company called Javelin Software in Cambridge, Mass., followed by other software companies in Boston and Silicon Valley. In 2004, he took a workshop with Daub and a course at the Academy of Arts in San Francisco. A year later, the team launched Daub & Firmin Studios. Together, Firmin and Daub have created 16 pieces, modeled on idealism.

“The people we commemorate are emotionally uplifting in contrast to the tragic aspects of human history,” says Firmin. “I am quite moved by what we do.”