December Sounds of the Season 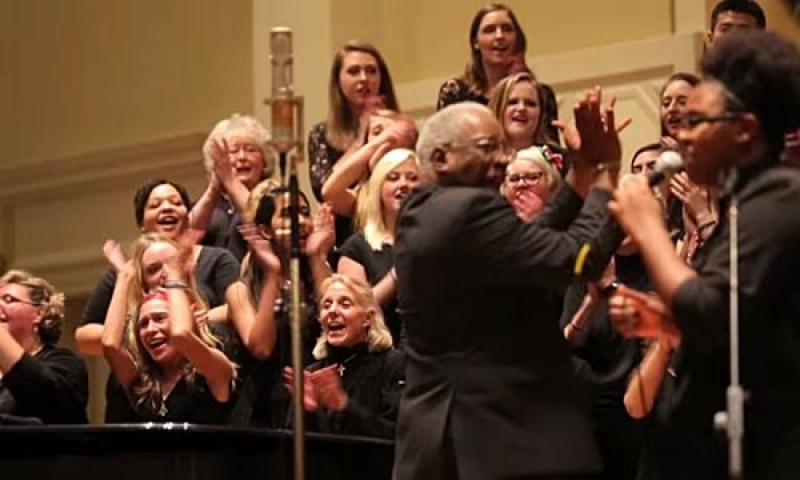 December brings in the Sounds of the Season at Swasey Chapel featuring three Department of Music concerts and wrapping up our time on campus this year with Lessons and Carols.

Combined Choir Concert: “The Passing of the Year”

This concert meditates on the inevitable nature of the changing of the seasons. Featuring Jonathan Dove’s “The Passing of the Year,” Mendelssohn’s cantata Wie der Hirsch schreit, and other seasonal secular and sacred works.

Dr. Harris Ipock, Director of Choral Activities, says of the concert, “This concert will be the first opportunity for the Denison Chamber Singers and Denison Concert Choir to combine forces this year for a performance of two medium-length works, one sacred and one secular. Felix Mendelssohn’s cantata Wie der Hirsch schreit, Op. 42 is a setting of Psalm 42 in its entirety. Mendelssohn uses J. S. Bach’s church cantatas as a model to organize the text of this work into seven movements of recitative, arias for solo soprano, and larger choral movements. The second work, the Passing of the Year, was written in 2000 by English composer Jonathan Dove. Also seven movements long, the work sets a series of texts by eighteenth and nineteenth century English poets such as William Blake and Alfred Lord Tennyson (with an additional poem by Emily Dickinson). The piece is scored for double choir and features a virtuosic piano accompaniment.”

He further talks about the nuances of pieces that are featured, “Both of these pieces use their texts to create an overarching narrative about redemption or reprieve. In the case of Mendelssohn’s cantata, the Psalm text is about a spiritual reprieve found in the search for God, while the poems set by Dove trace the passing of seasons into the new year, culminating with Tennyson’s ‘Ring out, wild bells,’ a call for humanity to shed its evil ways and to ring in a new era of virtue. The concert closes with J. S. Bach’s great cry for peace, Dona nobis pacem (Grant us peace) from his Mass in B Minor. So there are some historical and thematic connections that unify the program, and I’m excited about that coming together at the performance.”

When asked about how he feels about the preparation work so far, Dr. Ipock says, “The work so far this semester has been particularly rewarding, as all of these works are very challenging. The Dove is scored for double chorus and features quickly shifting harmonies and difficult rhythms that dramatically paint the text of the poetry. While these sounds go by very quickly in performance, the preparation is very slow and methodical. The Mendelssohn cantata closes with a particularly long and sprawling fugue, in which each voice part is of equal value and each singer must maintain their independence throughout. I think it’s exciting to be in the year with such challenging music. We will be working on Mozart’s Requiem in the spring, and I think this work will set us up well for tackling that music quickly and enable to add a substantial amount of polish and nuance.”

Lynch-Chowning is a Seven Time National Fiddle Champion, Six Time California State Fiddle Champion, Winner of the IBMA Momentum Award for Industry Involvement, Grand Masters Traditional Fiddling Champion. She will be joining the Denison Bluegrass Ensemble on fiddle as they showcase the music from “True Life Blues: The Songs of Bill Monroe.” This Grammy® award-winning album features a large cast of musicians each putting their own twist to these classic Monroe songs. This album really embodies the vision of the Denison Bluegrass Program. In order to preserve and perpetuate we need to learn from the source and then retell it in our own voice to keep the music alive and growing.

“I am always excited for these concerts because it gives the Denison/Granville community a chance to see and hear all the hard work these students have put in over the semester,” says Professor Adam Schlenker. “This semester has been exceptionally busy. The concert on the 13th will be our 12th performance this semester. We have played festivals, theaters, radio stations and street fairs. A few highlights are The Ohiolina Festival, which moved to Infirmary Mound Park this year, our trip to Raleigh NC to perform at the International Bluegrass Music Association’s World of Bluegrass Festival and an hour long show live on WOUB in Athens. Live radio is very much a part of Bluegrass music’s history, so I really like for the students to have this experience. With all these performances, the students have had to work extra hard to add new material to the set list. In fact, all the music you will hear on the 13th is new to the ensemble and you can even expect to hear a few brand-new original pieces inspired by the music of Bill Monroe written by our Seminar Band.”

When it comes to the choice of music being featured, Professor Schlenker says, “I make a point to introduce students to a blend of traditional and progressive music, but I believe that we all should have a solid understanding of the ‘first generation’ bluegrass musicians. Bill Monroe, the Father of Bluegrass, is the first of the first generation so for the concert on the 13th we will be featuring his music.”

Speaking of the guest artist, Meagan Lynch-Chowning, he mentions that, “Twice a year I teach at The Nashville Flatpick Guitar Camp. These camps are a very special experience in many ways. It’s always a small group of students, never more than 18, many of whom come to every camp. There are 3-4 instructors and I always find myself teaching alongside my heroes. We really get to see the students’ progress and get to know them like family. At the heart of the camps are the hosts Megan Lynch-Chowning and Adam Chowning. Both are remarkable people and musicians. Megan has more awards than I can list for her fiddling, including seven national champion titles. She will be joining us for this concert adding her outstanding fiddling to the groups after a single afternoon of rehearsal.”

Lastly, Professor Schlenker wants to mention The Denison University Bluegrass Festival which will be happening on February 7-8 next spring – “For Friday the 7th concert I have put together a ‘Generations in Bluegrass’ line up. This concert will feature regional musicians from multiple generations. We will have former members of Bill Monroe’s band, Denison Alumni, current students and some area musicians who helped define the Bluegrass Scene for several decades. Saturday’s workshop and concert will feature this year’s IBMA vocal group of the year, Sister Sadie which includes Dale Ann Bradley (guitar), Tina Adair (Mandolin), Deanie Richardson (fiddle) and Gena Britt (banjo). It stands to be a great festival!”

Gospel Choir Concert: “The Spirit of the Holidays”

Filled with joyful harmonies and rhythms The Denison University Gospel Choir guarantees a spirit filled evening as they present their annual Fall Concert. Songs are chosen to not only entertain the listener but engage them in “hand-clapping” and “toe-tapping!” You don’t want to miss this opportunity to see and hear students from many different cultures join together to sing powerful songs of inspiration in the holiday spirit under the direction of Rev. Tim Carpenter.

“Our presentation this semester is focused on a family holiday experience. The repertoire has been chosen to appeal to every family member from the youngest to the oldest. There is also a variety of styles including Traditional Gospel, Smooth Jazz, and arrangements of some favorite Christmas Carols,” says the director. “For this concert, I have chosen not to have a ‘Live’ band. All of the sounds, with the exception of the piano, I ‘pre-recorded’ with some songs mixed on the new equipment in our recording studio at the Eisner Center.”

In regard to preparing this event with his choir, Professor Carpenter says, “Preparing for our concert has been both exciting and fulfilling. The choir has been very receptive to the songs and have been working very hard. Rehearsals are light and fun often having to be stopped because of laughter that’s has erupted because of comments about holiday memories. Our desire is to leave you with a ‘warm and fuzzy’ feeling that will continue throughout this holiday season!”

Join us for this beautiful evening featuring a procession, biblical readings and congregational carols.

All of these events are free and open to the public. 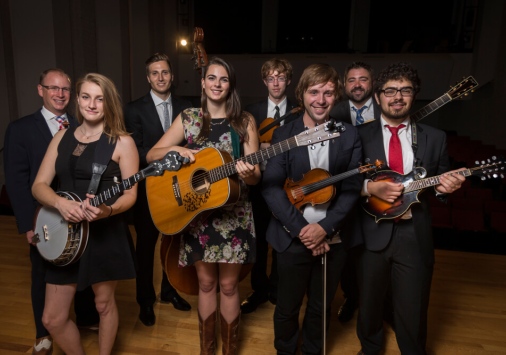