Opera by the Bay 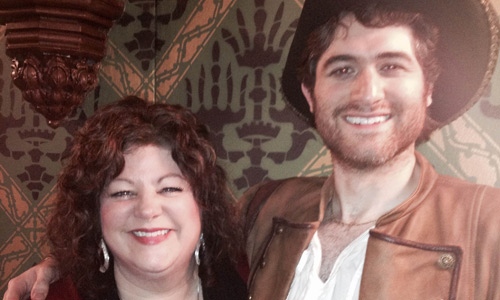 Zach Elmassian '10, has just won a spot with the prestigious Merola Opera Program, the history major will debut there in the summer of 2015.

Each summer, San Francisco becomes a place where dreams come true for opera singers chosen to sing in the Merola Opera Program. Considered one of the premiere opera training programs in the world, numerous alumni of the program have established national and international opera careers. In 2014, 900 hopefuls applied to the program worldwide — and only 23 singers were chosen. Zach Elmassian, class of 2010, is one of the exceptional singers chosen for Merola's 2015 season. He will sing in the 58th annual Merola Opera program from June 8-August 23, 2015, performing the role of Simone in Puccini’s Gianni Schicci.

While Elmassian began his Denison journey simply as a history major, his career path was altered in his freshman year, when he auditioned for a Singer’s Theatre Workshop production of the Gilbert and Sullivan operetta “The Pirates of Penzance.”

Elmassian was cast in the ensemble of the show, and Belinda Andrews-Smith, voice professor and director of Singer's Theatre Workshop, encouraged him to begin voice lessons.

“Zach soon declared a music performance minor and the seeds of an opera career were planted,” said Andrews-Smith. “After three years of voice lessons with me, Zach went off to earn a master's degree in voice performance from Northwestern University.”

After earning his master's degree, Elmassion pursued a career in opera. He won several vocal competitions, including the Lola Fletcher Prize from the American Opera Society of Chicago and the Harold Haugh Light Opera Vocal Competition in Jackson Michigan. He also appeared in numerous opera productions in Chicago.

“Denison provided the environment for me to figure out who I wanted to be and to test what I could do,” said Elmassian. “Because of the many performing opportunities, such as Singer’s Theater Workshop, and the invaluable support I received, I found I was able to build a solid performing foundation that will continue to serve as the base of my success.”