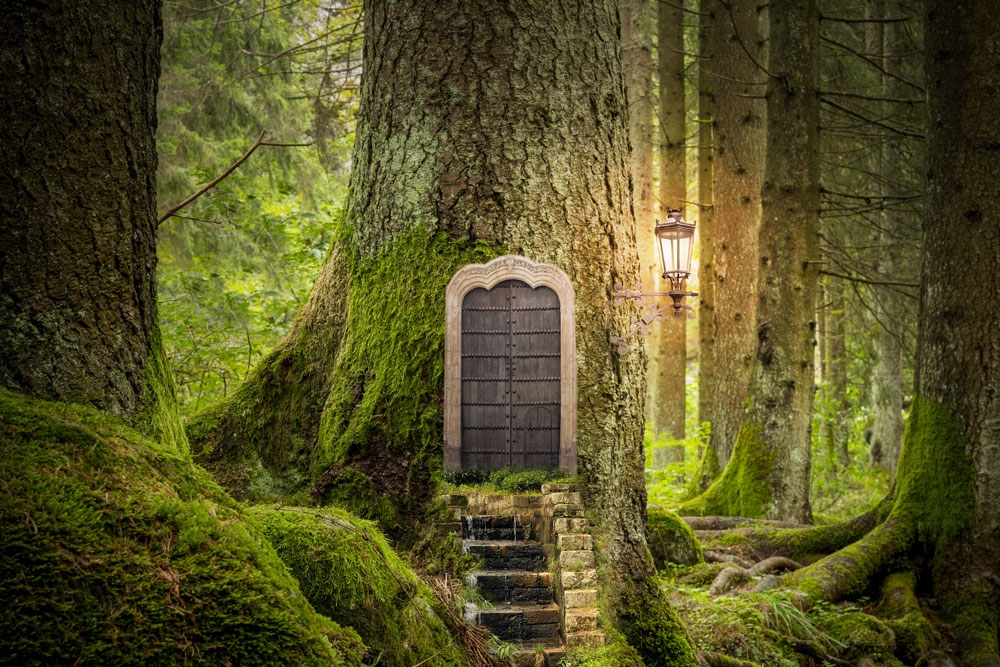 Professor Maria Tatar ‘67 has built a career on the literature of fairy tales.

Maria Tatar’s journey to a professorship at Harvard began with a fairy tale.

When the Denison German major was a young child, her older sister read her a book with many beautiful pictures. Tatar could not understand any of the words because they were written in another language. But the drawings cast a spell over her.

Tatar’s family left Hungary and settled in Highland Park, just outside Chicago, when she was five years old. “It was a rather dull suburb,” says Tatar ’67. “Oddly, for me, the library was where the action was.” There were the books, with their new exciting ideas, and even the transgressive option of tiptoeing out of the children’s section to hide in a corner and read books in the adult section.

The German-language book her sister had read to her was a collection of fairy tales by the Brothers Grimm, and, in addition to introducing her to the power of books and literature in general, it also foretold her career in German studies. “I grew up in the shadow of the Holocaust,” she says. But to Tatar, its horrors collided with the beauty of all the creative works produced in the country, notably by the likes of Thomas Mann, Franz Kafka, George Grosz, and Otto Dix. “The mix of the political pathology of the culture and what it produced in aesthetic terms seemed such a paradox to me.” She studied German at Denison and later earned a Ph.D. at Princeton in 1971, joining the faculty at Harvard shortly thereafter where she is a professor of German literature.

It wasn’t until the early 1980s that she rediscovered the Grimm fairy tales, pulling it out one night as one of her kids’ bedtime story selections. “I remember reading them ‘The Juniper Tree’—and heavily editing it as I went along.” (The story contains, among other things, an evil stepmother who beheads her stepson and cooks him in a stew served to his father.) “And I started wondering, ‘Why is it that I had a 15-page, single-spaced reading list in graduate school and the Grimms weren’t on it?’” She released her first book on the subject, The Hard Facts of the Grimms’ Fairy Tales—a scholarly reconsideration of the tales in their original, unedited state—in 1987.

When she started writing about fairy tales, her academic colleagues were perplexed. “No one talked about the Grimms as collectors. Fairy tales were told by Disney. They were cartoons. They were for children. It was fun to go watch them with your kids, but you’d never dream of trying to analyze them,” she says. “Folklore wasn’t even marginalized; it wasn’t on the periphery. It just wasn’t done.” But she pushed on, hooked by the universal appeal of the work. Now, instead of spending six months writing a paper on an arcane topic of interest to a half dozen other colleagues, Tatar’s new line of inquiry seemed to be an instant conversation-starter. “Part of the incentive was satisfying my curiosity about these stories, but a large part of the thrill came from the fact that everyone connected with this material. They knew ‘Little Red Riding Hood,’ and they had questions about it.”

But fairy tales, Tatar says, had to labor through the same quest for academic acceptance as pursuits like film studies. “It’s hard to imagine now that at one time, film studies was a field that was considered not quite academically legit,” she says. “Now, you’d be hard pressed to find a liberal arts curriculum without it.” Children’s literature, she says, is on the same trajectory.

Now, instead of spending six months writing a paper on an arcane topic of interest to a half dozen other colleagues, Tatar’s line of inquiry seems an instant conversation-starter.

And the field does not lack academic rigor. Tatar has had to reinvent herself as a folklorist, studying not only the stories but also the cultures that gave birth to them. Her research and teaching also tap into a number of different disciplines to give the stories full context. “You may need the tools of the folklorist, but you need help from the historians, the anthropologists, the philosophers,” says Tatar. “It just takes down all of these disciplinary barriers.”

Still, when she began to teach the subject after 10 years of research and writing, her courses often were presumed— because of the subject matter—to be relatively easy. The Harvard administration even advised her that classes like “Fairy Tales, Children’s Literature, and the Construction of Childhood” needed to go heavy on workload to keep away “the bottom feeders.”

The revelation that fairy tales were undergoing a modern revival came to Tatar via a New York City bus. Tatar was crossing a street in Manhattan, when a giant ad for the NBC drama Grimm, which debuted in 2011, rolled in front of her. (The series, though, a kind of mythological cop drama, has only a loose connection with the original Grimm tales.) “It was one of those moments when you realized that fairy tales had made a breakthrough,” says Tatar. And this breakthrough has made it impossible to keep up with the number of new permutations in popular culture, appearing everywhere from soda ads to Shrek. “You could get a fix on it back in the 1980s.” Now, whenever she gives a talk, audience members offer many new examples of recycled fairy tales to add to her growing list.

Why now? What is it about modern life that has sent us back to these tales? On a practical level, says Tatar, our attention spans are shorter and there is a bias in favor of more compact and melodramatic narratives, a trend visible everywhere from Buzzfeed to Twitter. “People are still reading War and Peace,” says Tatar, “but we like our entertainments in smaller doses these days, doses that pack a punch. I used to teach long novels. I don’t anymore.”

The return to fairy tales is a natural response to our collective cultural anxieties about the future, she says, because they allow us to employ their villains as proxies for all kinds of real life horrors and menaces. “We use stories not just for comfort and consolation, but to explore darkness and to give body to those anxieties,” she says. “Those monsters are our own dark doubles—all the scary things that we need to talk about.”

But more than anything else, she says, the stories fight the tech revolution’s velocity. “Storytelling slows us down,” says Tatar. “It is a counterforce to the speed.” Culture has become disposable; everything seems ephemeral and without traction.

This is an excerpt from an article that originally appeared in Denison Magazine. Read the original article.