In honor of World Poetry Day on March 21, we are highlighting Exile, Denison’s own literary magazine.

Exile Literary Magazine is Denison’s student literary journal that has been around since 1955 and publishes prose, poetry, stage, screen plays, as well as artwork, to provide an opportunity for future writers to publish their creative work.

As student Editors-In-Chief, the team oversees and works closely with a handful of other editors to decide what pieces are published.

We talked to the editors-in-chief about their experience. 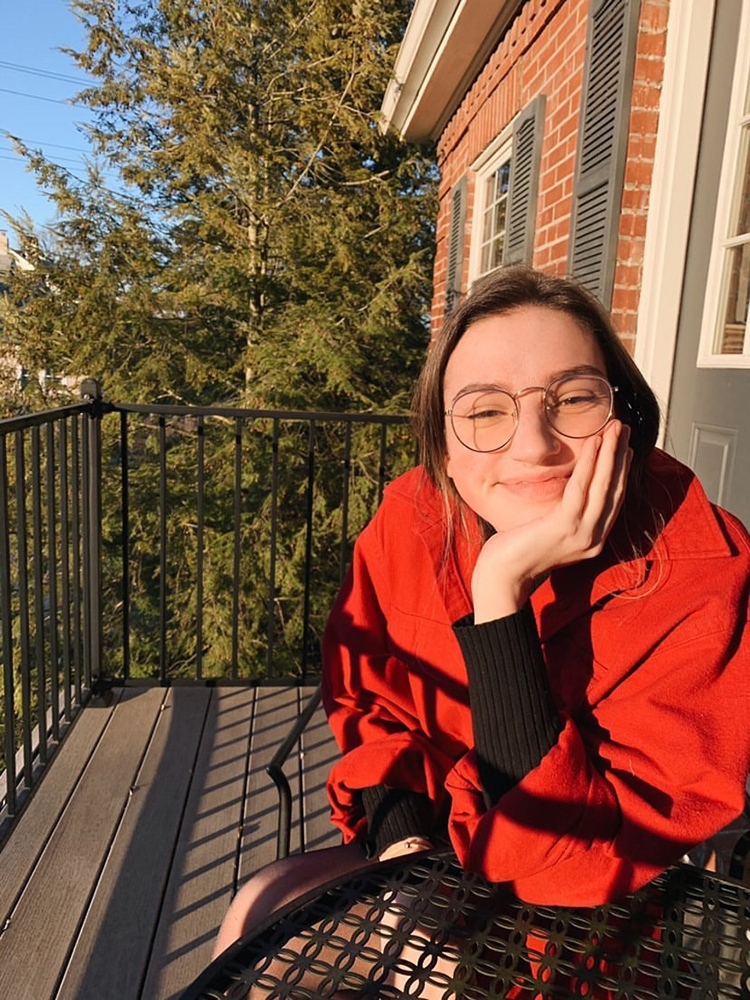 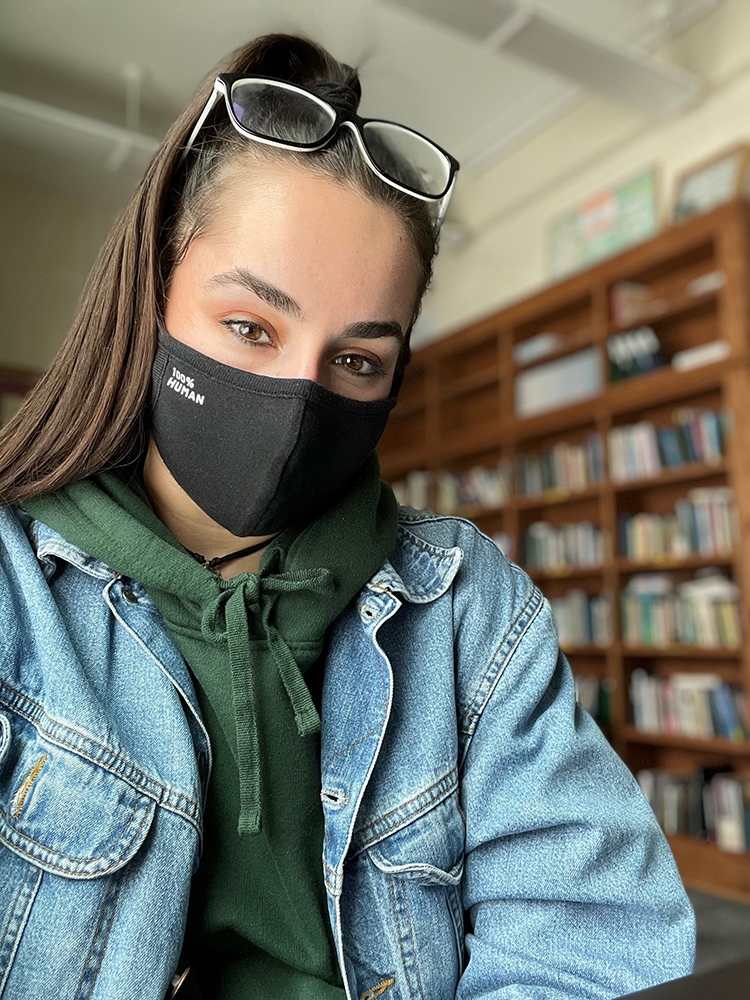 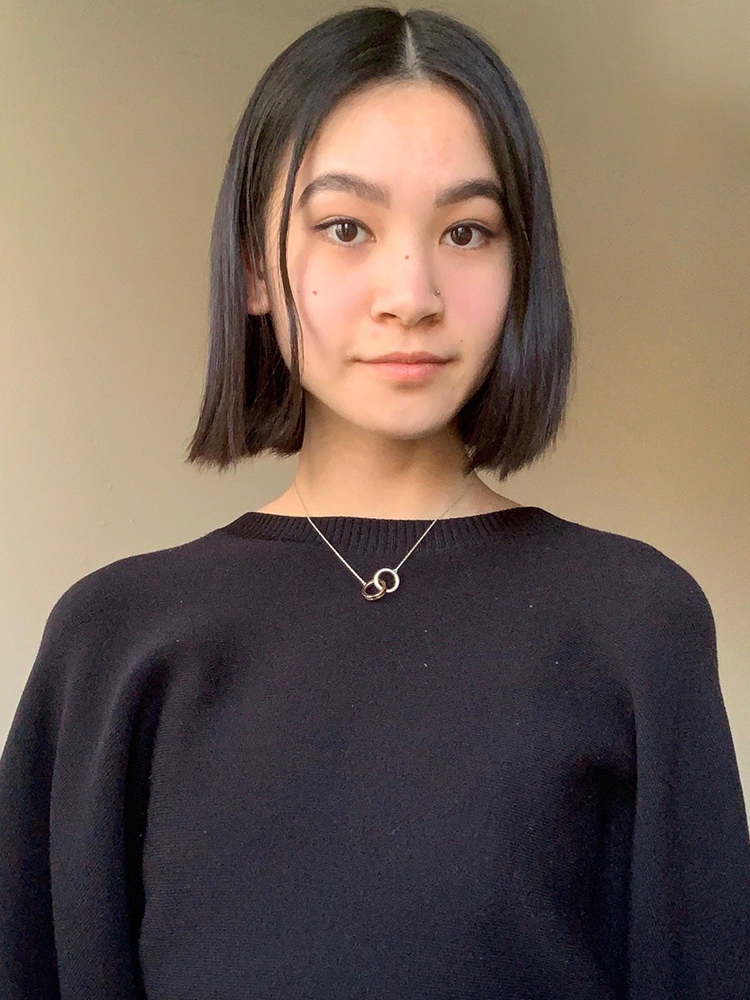 Lily Caroll ‘22 is an English Literature and Religion double major.

Can you tell us more about your role and what you do?

My role in Exile is as one of the Editors-In-Chief, along with Riley Halpern and Mary Clare Edwards. We oversee and work with a handful of other editors to decide what pieces are published, and we make the final decisions on the format of the magazine

What have you learned about yourself and your future through this experience?

This experience has taught me about what kind of leader I am, and ultimately that editing for a literary magazine is a viable option for my future! I’ve also been incredibly fortunate to learn about all of the talented students that are on this campus. Being able to read their work is such a privilege.

Riley Halpern ‘22 is a English Creative Writing major with a Narrative Journalism Concentration.

Can you tell us more about your role and what you do?

I’m one of three editors-in-chief for the magazine. It’s a lot more behind-the-scenes work than I anticipated—advertising, emails, budget, scheduling, etc.—but it has been fascinating to see how much time and dedication goes into completing a project like this, even on a smaller scale at Denison. And then during our editor meetings, Mary Clare and I guided the poetry editors’ discussion. We don’t often express many of our opinions on submissions at these meetings, but we try to keep the discussion on track and moving forward—I feel like it’s an opportunity for us to step back, let the editors do their thing, and start thinking about how everything will come together in the finished magazine.

What drew you to your major and how did you get involved in Exile?

When it came to picking my major, it was initially more a matter of knowing what I didn’t want to do rather than being certain that English was the thing for me. But then I took an intro to creative writing class with my now-advisor—Peter Grandbois—and that was kind of it. And then about a year later, I saw the narrative journalism concentration as an opportunity to refocus my passion for writing and explore new ways of storytelling.

I think I became involved with Exile by chance—I saw a poster or an email or something and decided I’d go to the first meeting since editing was on my radar as a potential career path. And then I just kept going to meetings and eventually expressed interest in working with Lily and Mary Clare as an editor-in-chief. So it’s nothing remarkable, really, but it has been so rewarding to work with everyone involved over the last few years.

What are you learning about yourself through this experience?

I really enjoy working with a team to create something significant and impactful, something that is larger than myself. And because Exile is strictly voluntary, everyone who contributes is equally passionate about the work they’re doing. I’ve been on teams my entire life—soccer, basketball, even choir—until I arrived at Denison, and I think I forgot how much I love the energy in an environment where everyone is working toward a common goal. So I guess this means I’ll be chasing a similar environment on whatever career path I end up following.

What are you learning about yourself through this experience?

For me, serving as an Editor-in-Chief of Exile is a culmination of editorial opportunities I’ve been fortunate to be a part of during my four years at Denison. Especially in recent years, Denison English faculty have established connections with other literary publications for students to apply to intern. Thanks to Professor Michael Croley, I was able to gain editorial experience at publications like VQR and Story Magazine before taking on this role. Those experiences trained me to be a better reader, given the amount of time spent learning from other talented interns and discussing work with editors. In an effort for change, the Exile-in-Chiefs of Exile this year decided to utilize social media, meet with our editorial board more often this semester, and bring in David Baker, a poetry editor with The Kenyon Review, to speak with Denison editors. I’m currently learning and thinking about different publications I’d like to continue working for in the future, specifically looking at their audience engagement and efforts to publish BIPOC voices.

Keep an eye out for Exile’s release in mid-April! Catch up with digital issues and follow Exile on Instagram. 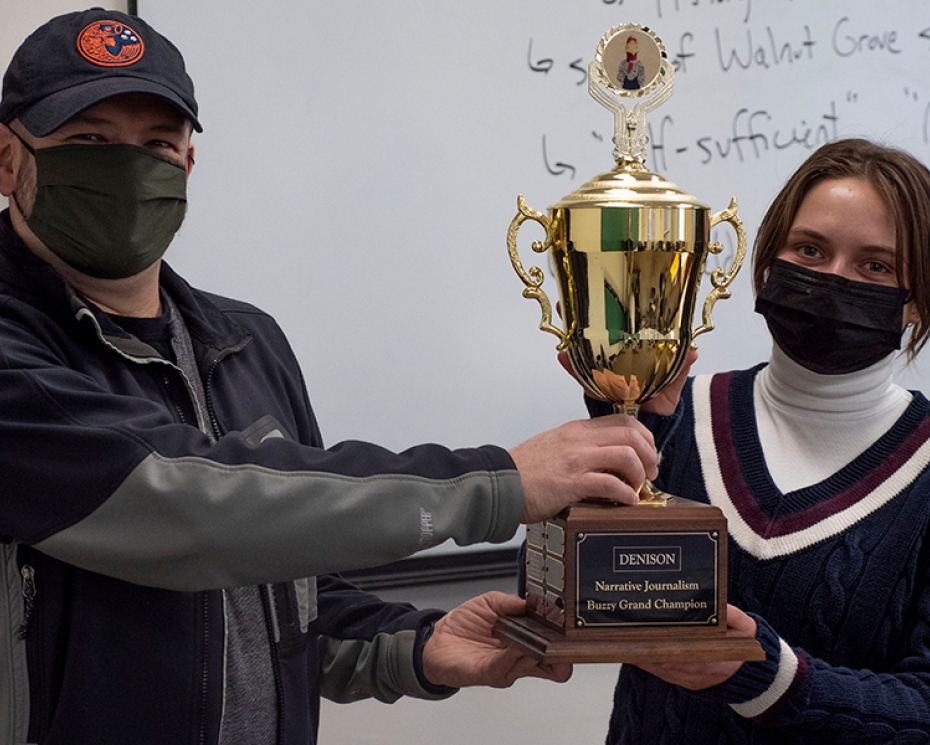 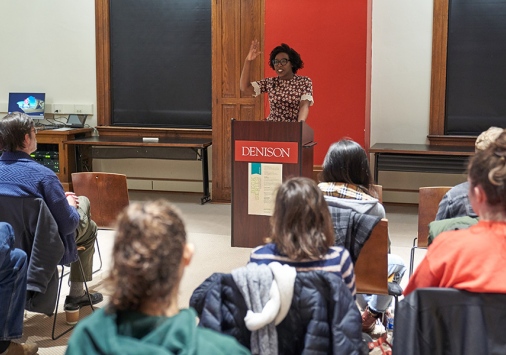 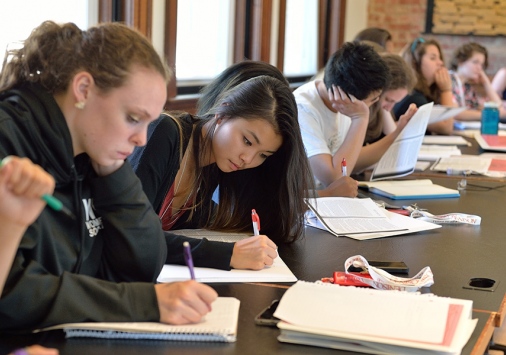 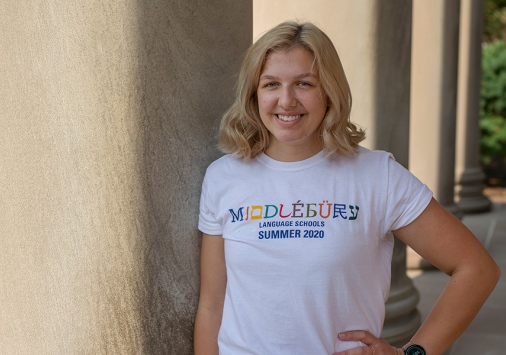