History of Denison Arts Quad: A place to perform 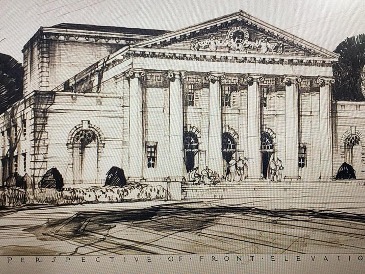 Upon Denison’s property acquisition of Shepardson College in the 1920s, the university began realizing the need for a lower campus arts center that could provide the necessary physical facilities. By 1935, Recital Hall was the only lower campus building designed and built specifically for the arts. Other buildings being used up to that point had been taken over to become makeshift arts buildings.

To solve this issue, Denison went to campus architect William Gehron, a New York-based architect who designed several other Denison buildings around this time. His proposed 1935 design would have been quite the architectural shift.

These plans, however, were never realized. By the early 1950s, Gehron tried again, designing a building that could house both the theatre and music disciplines. Those plans were simplified, due to lack of funding, into the Ace Morgan theatre building in 1956. 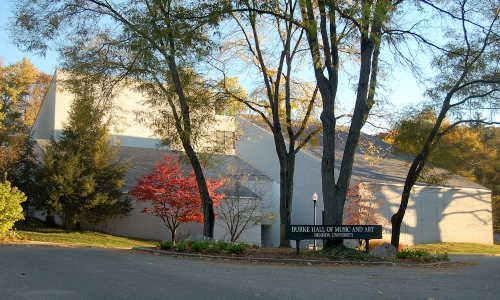 Burke Hall of Music and Art

The arts had other needs that were not solved by Ace Morgan, however, and in 1969, plans were drawn up for an expansive new building that would provide such amenities as a recital hall, rehearsal rooms, and an art gallery. The money would come from donor Edmund G. Burke, who had arranged back in the 1940s for a $1,250,000 bequest for a new arts building that would be provided after his death. Burke died in 1966, by which time the cost of the proposed building had surpassed the donation.

Instead of the large new building that would have been connected to Ace Morgan and cost more than $4 million, Denison hired the architecture firm Perkins and Will to design an arts building using the money provided by Burke in 1971. The focus, per Burke’s wishes, was art, music, and theatre.

And so, Burke Hall was built in 1972. It provided a recital hall that would be used for solo and chamber performances, alongside a sizable music rehearsal space. It added a new workshop theatre rehearsal area that could stage student productions while major performances were designed and staged in Ace Morgan. Additionally, it provided space for an art gallery, housing Denison’s growing collection and hosting outside exhibitions.

Architecturally, the building looked much different from other campus buildings. It even received criticism for its overly modernist approach, with its dramatic white facade and steep angularity. The design was creative and unique. The roofline, far from flat, was planned with the view from the top of the hill in mind. The design nicely symbolized the creativity and innovation that would happen within it.

With the completion of the Michael D. Eisner Center for the Performing Arts in spring 2019, parts of Burke were absorbed into the new performing arts building, where Burke Recital Hall now stands.

Read all History of the Arts Quad stories:
Posted Date
Tuesday, May 3, 2022 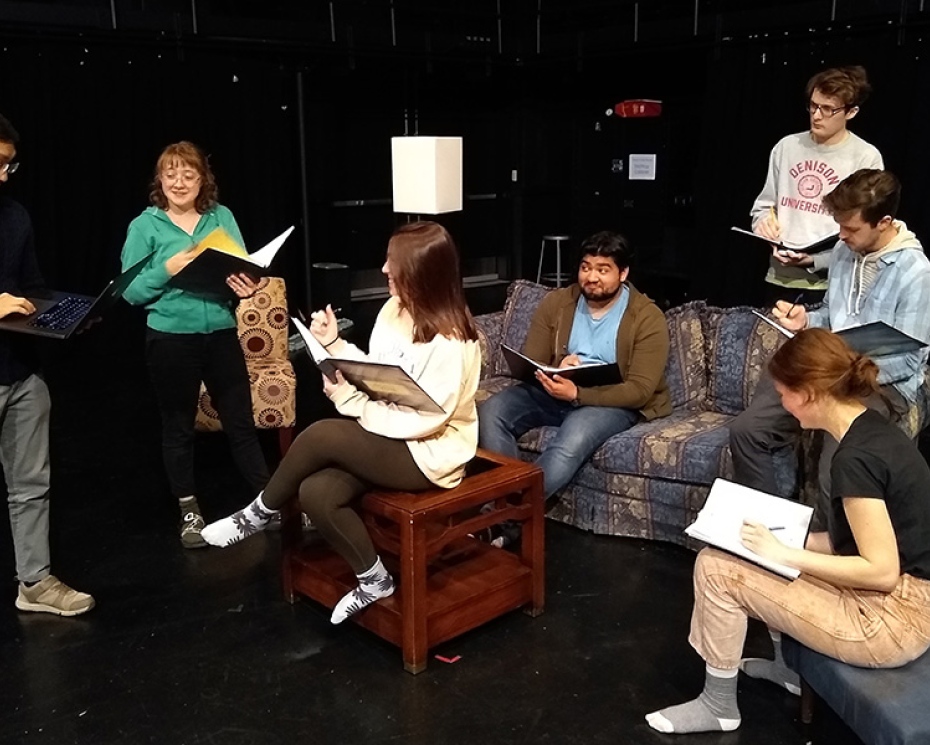