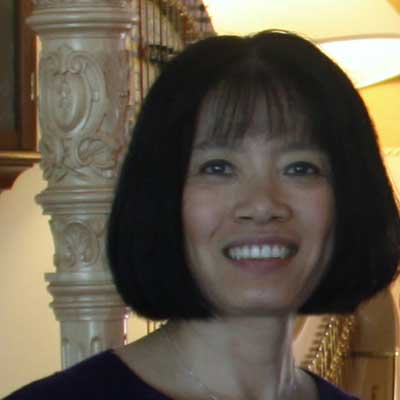 A native of Harbin, China, NI YAN received her Bachelor of Music degree from the Shenyang Conservatory of Music. Upon graduation, she was appointed Harpist with the China Radio Symphony in Beijing. In 1986, she joined the United States International University Orchestra in San Diego. Following this, she received a scholarship to study at the University of Cincinnati where she completed her Master of Music degree in 1989. She has performed in Paris, London, Mexico, San Diego, Cincinnati, Dayton, Philadelphia, and Chicago. In 1994, she performed at the Second Shenyang International Music Festival in China. She has also been invited to give presentations and workshops at the American Harp Society National Conference. She is in demand as Principal Harpist with several regional orchestras of Central Ohio, as well as performing as substitute Principal Harp and Second Harp for the Columbus Symphony. In 2010, Yan Ni was named Visiting Professor of Harp at the Shenyang Conservatory of Music. As a member of Trio Villanella, she performed recitals and gave master classes in Shenyang and Dalian, China in 2014. In addition, she is on the faculty of Denison University, and maintains a busy free-lance and private teaching schedule.