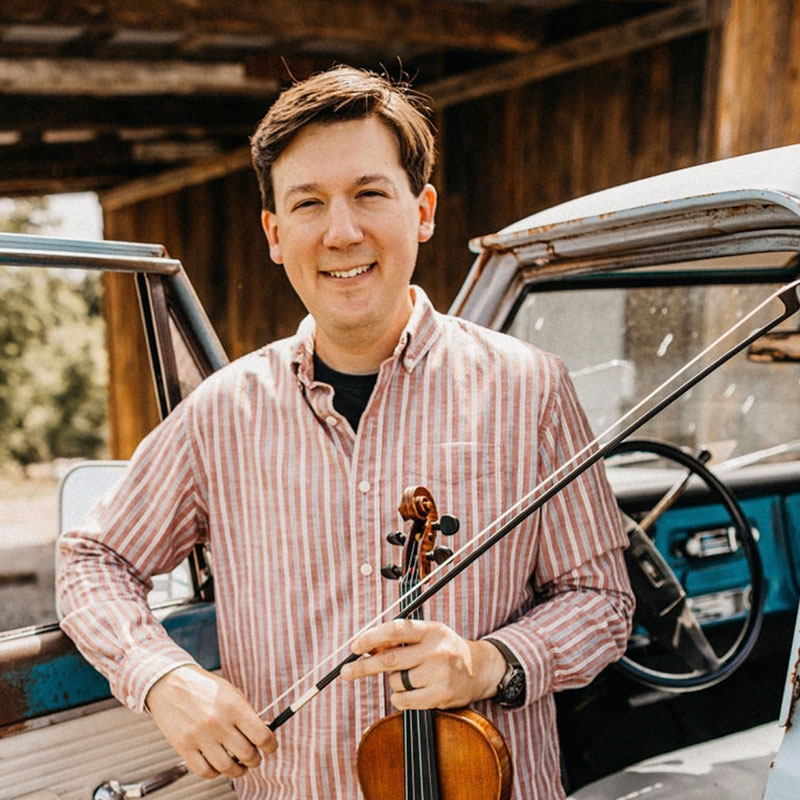 Matt Opachick, Music Studio Instructor, brings robust teaching experience along with real-world band experience as a member of The Wayfarers, to Denison University.

Matt is currently a Music Studio Instructor of Violin, teaching Bluegrass Fiddle. He is also one of the Orchestra Directors in the Granville Exempted Village School District, which includes roles as the Assistant Director of the Middle School and High School Orchestras, and Orchestra Director of the Intermediate School. Matt’s background, along with his Bachelor of Music in Music Education, gives him a wealth of experience teaching students at all levels – from beginner to advanced and beyond.

Matt plays fiddle with The Wayfarers band, who were founded in 2010. They specialize in American Roots music and their style encompasses Appalachian dance music, traditional mountain fiddle tunes and the pre-bluegrass music of the 1920s. The Wayfarers have been featured on the national PBS television series “Song of the Mountains,” they’ve toured much of the Midwest and Southern Appalachians, released four studio albums, and have shared the stage with some of the biggest names in bluegrass and country music; including Ralph Stanley, Ricky Skaggs, Marty Stuart, Connie Smith, Dailey & Vincent and many more.

Matt currently lives in Johnstown, Ohio with his wife and two children. He’s an avid fiddler in the South Eastern Ohio area.