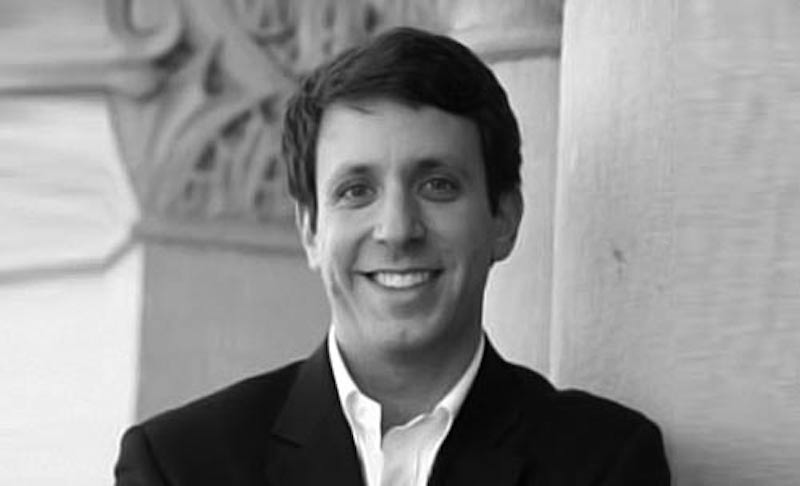 Next fall, instead of teaching history classes to students in Denison University’s Fellows Hall, Professor Adam Davis will be researching medieval history as a newly minted Visiting Fellow at Clare Hall of Cambridge University. Davis is one of 40 leading scholars chosen from many disciplines for the prestigious fellowship over the 2017-2018 academic year. In addition to their year of residency, Visiting Fellows become Life Members of Clare Hall and are welcomed back at any time to participate in college life.

Davis, his wife and two children will live in Clare Hall for the year as he pursues his research. “Most of the Visiting Fellows come from other countries, which makes the community here very culturally rich. I’m thrilled that I can give my kids an opportunity to live in another country and explore its culture.”

“I’m especially looking forward to working with leading medievalists, both to continue my research in medieval hospitals and to pursue a new project,” said Davis, who in addition will further his research via travels to France to visit the archives of ancient cities and towns.

History is a natural pursuit for Davis, whose father, David Brion Davis, also was a historian of note. He held a faculty chair in 1980-81 at the École des Hautes Études en Sciences Sociales, giving the younger Davis an opportunity to live in the City of Lights and attend a bilingual school. Visits to multiple cathedrals and castles during that time sparked his own interest in European history.

In 2014, Davis received a year-long fellowship from the National Endowment for the Humanities to work on his book, “The Economics of Salvation: Commerce, Charity and the Rise of the Medieval Hospital.”

“I’m fascinated with this era in history, where we begin to see the formulation of a class that has enough wealth through commerce to be charitable, and a social imperative to do so,” he said. “Hospitals provided a focus for charitable giving that had social and religious meaning. Often, people were not as concerned about the impact of their gift on the poor as much as they were concerned with its impact on themselves, and they regarded charitable giving as a kind of commercial transaction.”

In addition to his research grant from the NEH, Davis also has received a Bourse Chateaubriand (given by the French Embassy), a Robert C. Good Fellowship, as well as grants from the Mellon Foundation and the Lilly Endowment. He serves as a book review editor for H-France Reviews and The Medieval Review. He holds the William T. Utter/Clyde E. Williams, Jr. Endowed Professorship at Denison and has a Bachelor of Arts from Yale University as well as a master's and doctorate from Princeton University.

Davis’ recent publications include “Hospitals, Charity, and the Culture of Compassion,” in Approaches to Poverty in Medieval Europe: Complexities, Contradictions, Transformations, c.1100-1500, ed. Sharon Farmer (Brepols, 2016); “The Social and Religious Meaning of Charity in Medieval Europe,” History Compass 12.12 (December 2014); and “The Economic Power of a Hospital in Thirteenth-Century Provins,” in Center and Periphery: Studies on Power in the Medieval World in Honor of William Chester Jordan, ed. Katherine L. Jansen, G. Geltner, and Anne E. Lester (Brill, 2013).