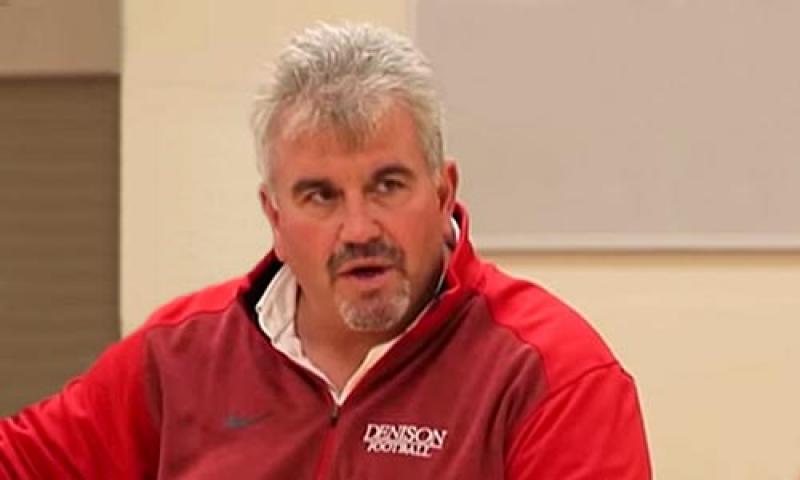 Denison Head Football Coach Jack Hatem has been named the 2016 North Coast Athletic Conference Coach of the Year after leading the Big Red to an eight-win season for the first time since the 1986 campaign.

This is Hatem’s first turn as NCAC Coach of the Year. That award has not graced a Denison head football coach since Keith Piper collected the award in both 1985 and 1986. In seven total years at the helm of the Big Red program, Hatem now owns an overall record of 41-29, which includes a mark of 34-21 in league games after Denison finished the 2016 campaign by finishing in a tie for second place with a 7-2 record against conference foes.

“Jack is a superb example of what a head coach should aspire to be,” said Nan Carney-DeBord, Denison's director of athletics. “He instills a love and knowledge of the game in his players, teaches them the skills they need to succeed on the field and gives them a terrific grounding in fortitude and grit — two attributes that sustain our students in their lives after college.”