Last spring, a new journalism major and minor was approved by the university’s faculty. The new major builds on the success of the Narrative Journalism concentration, which began during the 2016-2017 academic year. Designed in collaboration by the Communication and English departments, the journalism major offers a liberal arts approach across various disciplines. 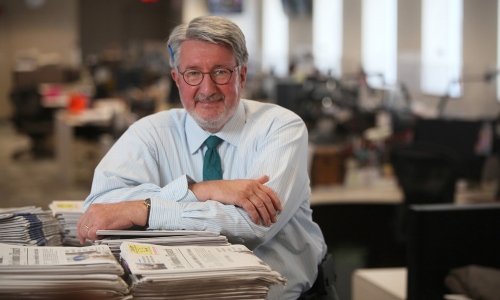 “The new journalism program is one of several next generation liberal arts programs Denison has developed over the last few years. Each of these programs is rooted in the liberal arts and focused on the future. Our Journalism program will uniquely prepare students and challenge the more traditional journalism program,” said Denison University President Adam Weinberg. “I’m thrilled that Alan Miller will be joining the journalism program full-time later this year. He has been teaching classes part-time at Denison for more than 20 years. His knowledge, experience and connections will be a great asset to the department and our students. He also will help grow Denison’s connections to Downtown Columbus through our Denison Edge center.”

The journalism major at Denison teaches students to research, report, and tell important stories across the digital media landscape. The program is delivered collaboratively between the Departments of Communication and English and emphasizes ethics, independence, fact-finding, and accessible storytelling, especially within underreported communities. The program includes writing as well as multimedia formats, such as audio storytelling and documentary filmmaking.

“Our goal is to prepare students for the ever-transforming field of journalism, as well as for lives as active citizens engaged in the burning issues of the day. We owe a lot to the Andrew W. Mellon Foundation ‘Writing in Place’ grant, which has helped support the Narrative Journalism program as well as a leadership gift from Sue Douthit O’Donnell ‘67,” said Jack Shuler, professor and chair of journalism. “As we continue to build the program, it’s exciting to have someone like Alan, with his extensive newsroom experience, to encourage publishing and local reporting.”

Miller will be retiring from his position as the executive editor of The Columbus Dispatch and general manager of the Dispatch Media Group. He started there as the Newark Bureau reporter in 1984 and has covered regional news, urban affairs, Columbus City Hall, and higher education. He was an assistant city editor, state editor and assistant managing editor before becoming managing editor in 2004 and editor in 2015. He has bachelor’s and master’s degrees in journalism from Ohio University, where he is also a member of the professional advisory board for the E.W. Scripps School of Journalism at Ohio University.

“It might seem counterintuitive to launch a journalism major now, at a time of great disruption in the industry,” Miller said. “But given the proliferation of bad information swirling around the internet and on social media, journalism has never been more important.”

Miller also will work with Denison to help grow its connections to Columbus, 25 miles west of campus, through its Denison Edge center at 300 Marconi Boulevard. The center creates programs bridging from classrooms to careers. It offers workshops focused on skills, experience and connections to help students land jobs while earning credentials adding value to their degrees.

“Alan has played an important role in this program for more than 20 years, we’re excited to have him joining the program full-time,” said Laura Russell, associate professor and chair of Communication. 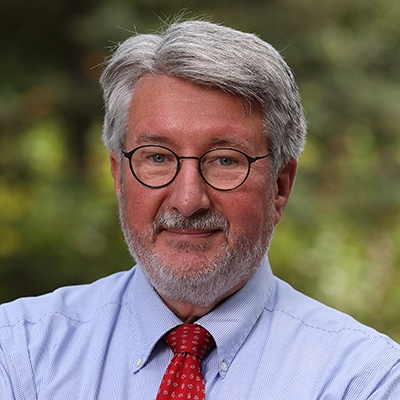