A Map of Myself 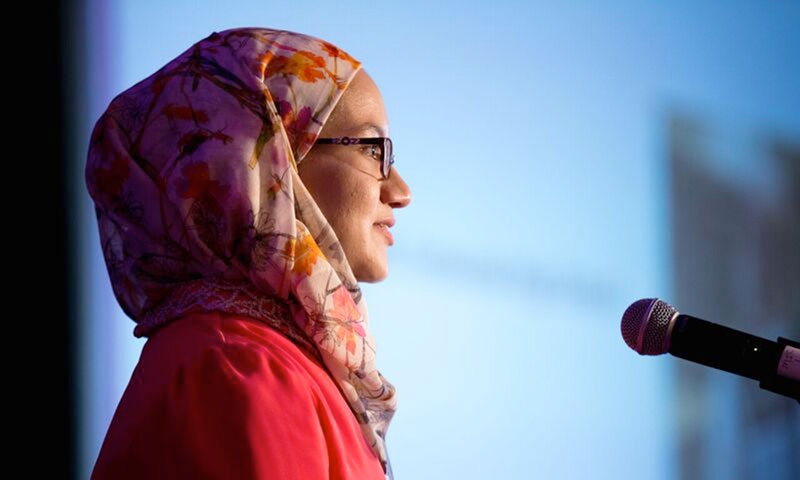 Sara Abou Rashed ’21 in a performance

Denison University student Sara Abou Rashed ’21 presents a performance of “A Map of Myself, a 60-Minute, One-Woman Revolution on War, Immigration, Language, History, Suitcases, and Everything in Between,” directed by Larry Smith. The show will take place at 7 p.m. on Wednesday, Oct. 3, at the Herrick Performance Hall Auditorium (600 West Loop). The event is free and open to the public.

Abou Rashed is a 19-year-old artist and poet, born and raised in Damascus, Syria. In 2013, she moved with her family to Ohio due to the war — and that’s when she started writing poetry in English. In 2015, she won the Ohio Poetry Association High School Contest. Abou Rashed is the 2015 Columbus District Poetry Slam Champion and the 2016 first runner-up. Her art and poetry have won several contests and have appeared in several books and magazines including: “Clover,” “Common Threads,” the “Voice of Youth Advocates,” “Celebrating Art” and the “America Library of Poetry.” Recently, she was nominated for a Pushcart Prize and has been awarded the 2016 Denison Book Award.

The performance dates and times are as follows: