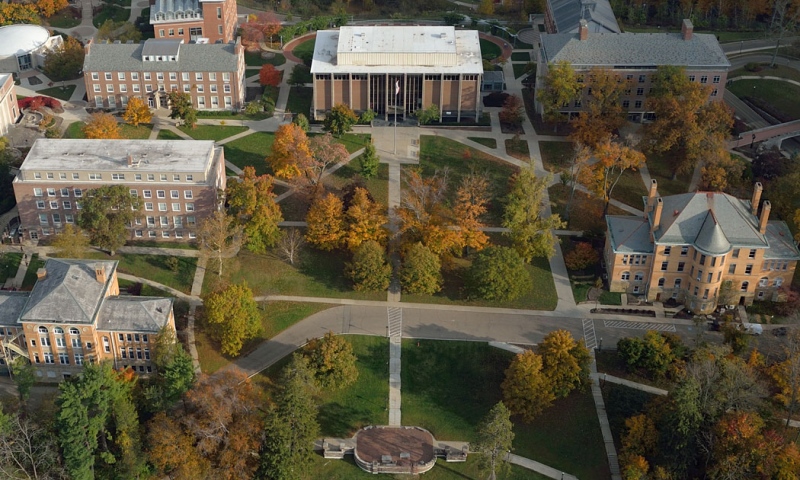 Denison University students are prepared to achieve in highly competitive environments. This year, three Denison students were called upon for recognition at the 2017 American Model United Nations conference. Seniors Claudia Canfield and Nick Gallagher, both majoring in philosophy, political science and economics, were given recognition for their outstanding representation of Sweden in their presentations. Junior Jilly Fox, a religion major, was recognized for her work representing Sweden on the Conference of the States Parties of the Organization for the Prohibition of Chemical Weapons.

The Model United Nations is a realistic simulation of the UN General Assembly the UN Security Council, or other entities of the United Nations, introducing students to diplomacy, negotiation and decision-making.

“Our students step into the shoes of ambassadors of member UN countries,” said Katy Crossley-Frolick, associate professor of political science and director of the Model UN program at Denison. “The student delegates debate current issues, prepare draft resolutions, plot strategy, negotiate with supporters and adversaries, resolve conflicts, and navigate the UN’s rules of procedure – all in the interest of resolving problems that affect the world.”

Students prepare for their ambassadorial roles by researching current global problems from the perspective of the country they are assigned in a lottery system. Research topics include peace and security, human rights, the environment, non-proliferation of weapons, sustainable development and globalization.