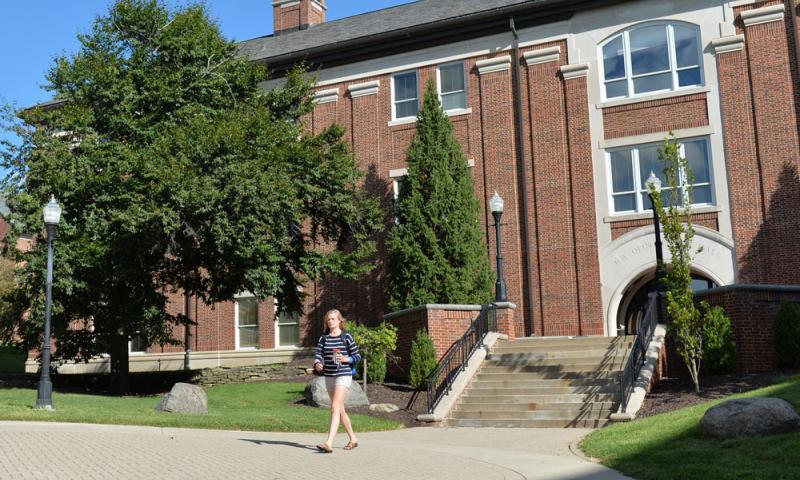 The National Science Foundation has awarded Denison professors of physics Dan Gibson and Wes Walter a three-year grant in the amount of $344,000 for research on the structure and dynamics of negative ions.

Negative ions — atoms and molecules that have an extra electron — are everywhere. They are found in the Earth's atmosphere, stellar atmospheres, and electrical discharges and plasmas. Information about them can be used in many fields, including physics, chemistry, materials science, and even nanotechnology.

“Since ions are electrically charged particles, they can be manipulated to allow precise experiments,” said Walter, a co-principal investigator on the project. “We’ll use tunable infrared lasers to measure the properties of negative ions. The measurements we gather can be used in modeling chemical reactions and plasma interactions for practical applications like semiconductor processing, lighting and plasma displays.”

“Students will participate in the experiments in our campus labs,” said Gibson, the second co-principal investigator. “They’ll gain important research experience, including technical training in electronics, computers, vacuum systems, lasers and optics. The project will really enhance research and teaching at Denison.”

The National Science Foundation (NSF) is an independent federal agency created by Congress in 1950 “to promote the progress of science; to advance the national health, prosperity, and welfare; to secure the national defense.” NSF supports basic research and people to create knowledge that transforms the future.

Ebaugh Pond
Ebaugh Pond is a research site for student and faculty research that was created in 1934.