Polly Anderson Field Station
Use Academic, Campus Life
Established 1978
Bio Reserve Trail Map »
Trail Regulations
List of Bird Species
List of Amphibians
List of Butterfly & Skipper Species
List of Woody Plants
The reserve is more than a great place to take a walk. Students in several disciplines conduct field research in its 350 acres. One of the reserve’s general goals is to maximize the number of representative habitats and species that the area can support.

Denison's Biological Reserve was established by the Board of Trustees in 1966 through the efforts of Professor Robert Alrutz, who served as director until his retirement in 1990. The Reserve encompasses 350 acres in three contiguous sections that are within easy walking distance of campus.

The purpose of the Reserve is to enhance the education of students in biology, environmental studies, and earth and environmental sciences through their courses, independent research and casual visitation to the Reserve. This is accomplished by providing opportunities for field studies of native Ohio flora and fauna as well as discrete biological communities that are maintained in as intact a condition as is possible given the land use history of the Reserve and the resources of Denison. Consequently, one of the general goals of the Reserve is to maximize the number of representative habitats and species that the area can support.

The Reserve also provides a haven for members of the Denison and Granville communities who enjoy walking in natural surroundings. The Reserve is open to the public from dawn to dusk every day. A well-marked trail system has been established that allows the visitor to explore a variety of habitats and terrain. Hunting, firearms, campfires, camping, horseback riding and disturbance of natural features are prohibited. Trail bikes are permitted on certain trails during the summer and fall.

Students taking Introduction to the Science of Biology, and Animal Behavior frequently meet their labs at the Bio Reserve to conduct field experiments. Other courses, such as Plant Ecology and Entomology, have used the Reserve as a base of operations for the entire semester. Students in environmental studies and earth and environmental sciences also utilize the Reserve as a resource to learn about field techniques, land management.

The Bio Reserve also serves as a site for student research projects during summers as well as the school year. Since 1992, undergraduate research projects have been conducted at the Reserve. In 1996, six biology and environmental studies majors comprised the first Biodiversity Assessment Team (BAT) and began the first of several inventories and long-term studies of biodiversity at the Bio Reserve. In subsequent years, numerous students and their faculty advisors have continued to study and document the biodiversity of the Reserve as well as other parks and preserves nearby. Currently, species lists are available for the trees, amphibians, birds, butterflies and dragonflies of the Bio Reserve and long-term monitoring programs have been established for frogs, butterflies and dragonflies.

Approximately 75% of the acreage is beech-maple/mixed mesophytic forest interspersed with old orchards and former plantations of pine, spruce, sugar maple and yellow poplar. Late successional habitats are characteristic of those disturbed by grazing over 50 years ago. In the Alrutz Section, three former agricultural fields are maintained in various stages of succession by seasonal mowing. Clay Run, along with four ponds and seven natural springs provide habitat for aquatic organisms. The Reserve provides refuge for numerous amphibians, turtles, snakes, bats, rodents, flying squirrels, white-tailed deer, red fox, and over one hundred species of birds.

The Polly Anderson Field Station, erected in 1995, houses a large laboratory for class meetings as well as research space for students and faculty. Astronomy students use the telescope mount at the station for night viewing. Special public programs and field workshops for high school students also meet at the Station. The building was designed as a model of energy efficiency and is heated in winter by passive solar radiation. The Station is located in the Alrutz Section at the west entrance to the Reserve on Rt. 661, a quarter mile north of campus.

In 2017, Denison established solar arrays in the Reserve that provide about 10% of the college's energy. The arrays also have reduced Denison's carbon footprint by 15%.

The Reserve is maintained year-round by full-time Manager Whitney Stocker with the assistance of two Denison students employed each summer. 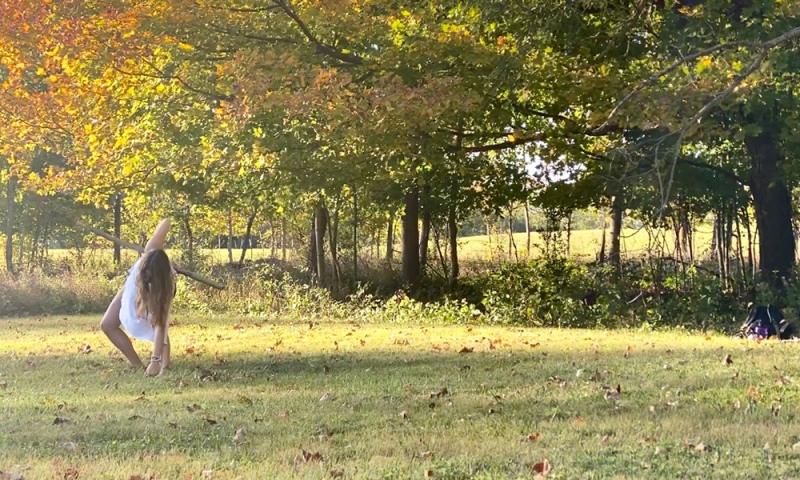 Up on the Roof

Watch what a motivated team can do on a fine spring day at the Bio Reserve with 32 solar panels and a sturdy ladder.