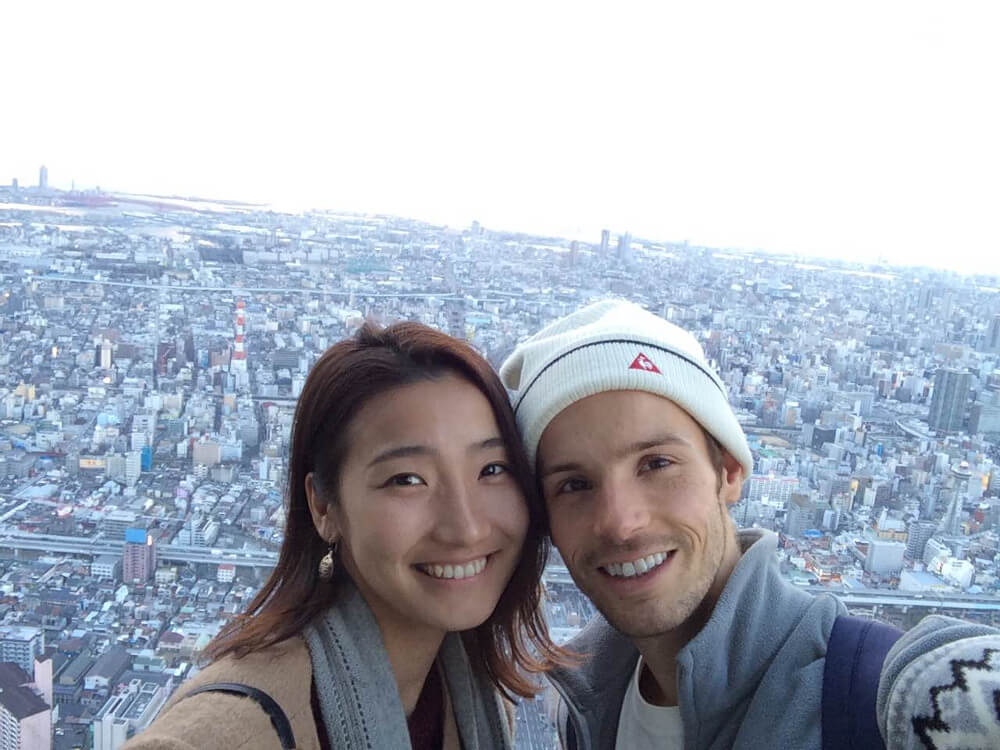 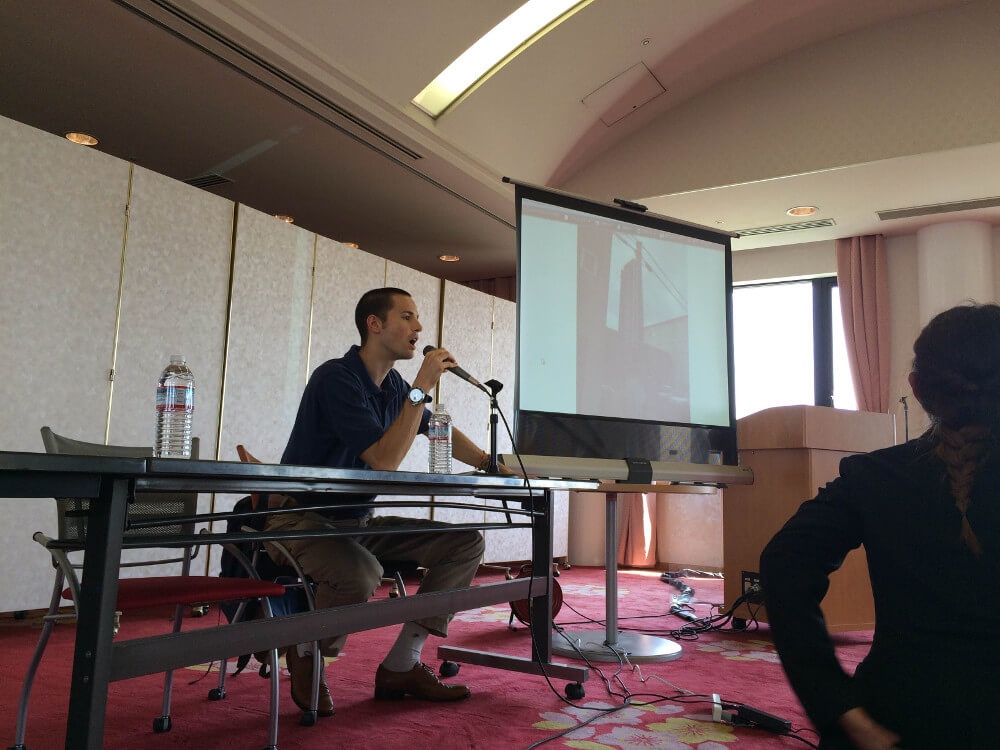 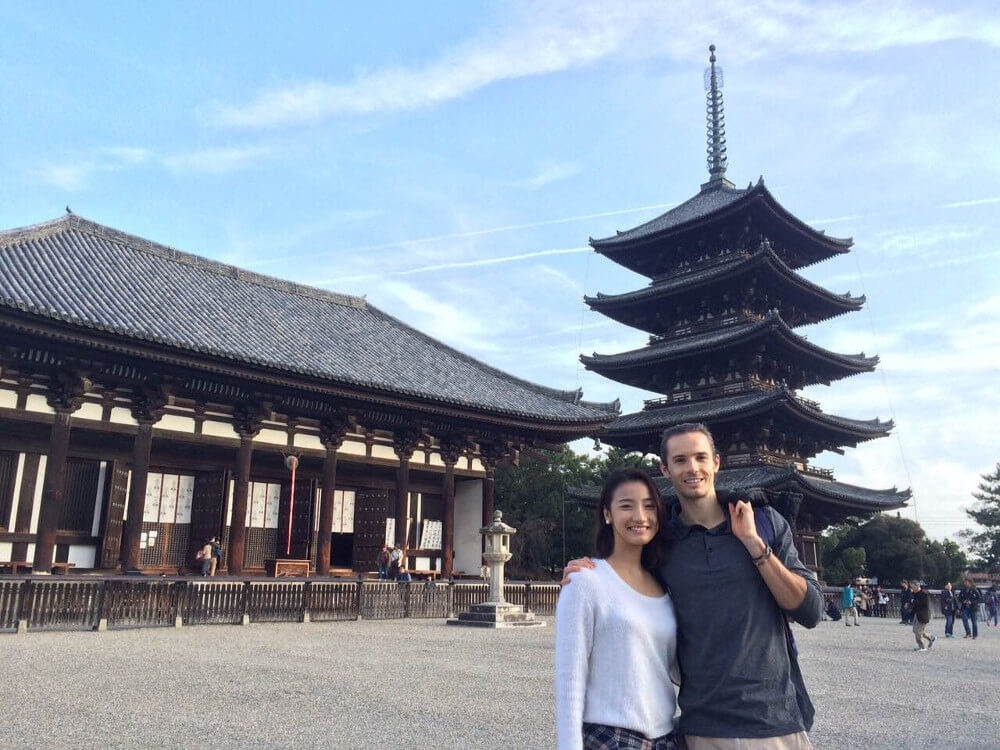 For Elliot Conti ’12, his mentor, “Onshi” Michael Tangeman opened the door to Conti’s life in Japan.

Elliot Conti ’12 didn’t necessarily plan to study Japanese when he entered Denison his freshman year. He did know, however, that he wasn’t interested in studying Spanish or French, while Japanese happened to fit his schedule. Fast forward several years and Conti is living in Japan, teaching English, researching and working towards his master’s degree at Osaka City University.


It’s safe to say that he enjoyed his Japanese courses and decided to stick with it. During his sophomore year, Conti declared an East Asian Studies major and a history minor. By junior year, Conti was studying abroad in Japan at Nanzan University.


“I was scheduled to study there for the entire semester, but the Tōhoku earthquake and Fukushima nuclear power plant meltdown happened on March 11, 2011. So a week later, they canceled my program, and that brought me back to America,” Conti explained.


That didn’t deter him, though. Instead, it sparked his interest in Japanese culture beyond just the language. “I started studying really hard and did some independent studies. Come senior year, I started my job search in a very specific field. Namely, what is it that is going to put me back in Japan?”

“I think all of the incredible experiences and people I’ve met from countless countries around the world has led me to be interested in immigration and human rights.”

After several screenings, language tests, and interviews, Conti was awarded the scholarship to study under social anthropologist Noriko Ijichi at Osaka City University. “The field I was hoping to study was human rights, minority studies and ethnic studies. Osaka is a fairly diverse city and Osaka City University has a long history of urban ethnic research.”

“I think all of the incredible experiences and people I’ve met from countless countries around the world has led me to be interested in immigration and human rights. They fuel the research I do now that hopes to open the eyes of Japanese people regarding the diversity present within their society, diversity that is often ignored or overlooked.”

During the first months of his research, Conti studied for his entrance exams, passed and officially began his master’s degree. He is scheduled to graduate in March of 2017, and is planning to apply for his doctorate degree at a university in the United States.

“If I had never taken a Japanese class I certainly wouldn’t be here, but especially had I not taken Tangeman Sensei’s Japanese class,” Conti said. Professor Tangeman '91, a professor of Japanese and chair of the East Asian Studies, has been Conti’s mentor during and beyond his time at Denison.

“The word ‘onshi’ refers to a former teacher. It is not someone who just taught you formally, but someone who taught you something quite valuable and the opportunity to study underneath them is something you cherish. Tangeman Sensei is my ‘onshi,’” said Conti.

Tangeman speaks highly of Conti, as well: “Elliot will be the first Denison alum to earn a master’s degree from a Japanese institution while taking courses in Japanese. That is, he’s studying alongside native Japanese speakers, reading sociological theory in Japanese, discussing societal problems in Japanese, and conducting interviews in Japanese for his research,” said Tangeman. “This is a remarkable accomplishment.”

“The freedom that Denison and the liberal arts afforded me in deciding a path as an undergraduate allowed me to explore something, prior to which I had no interest in. Studying with Tangeman Sensei, I was able to cultivate that interest. It took me to the opposite side of the world, and that is a very eye-opening experience. I was lucky to have a positive perspective and take the challenges as learning opportunities.”