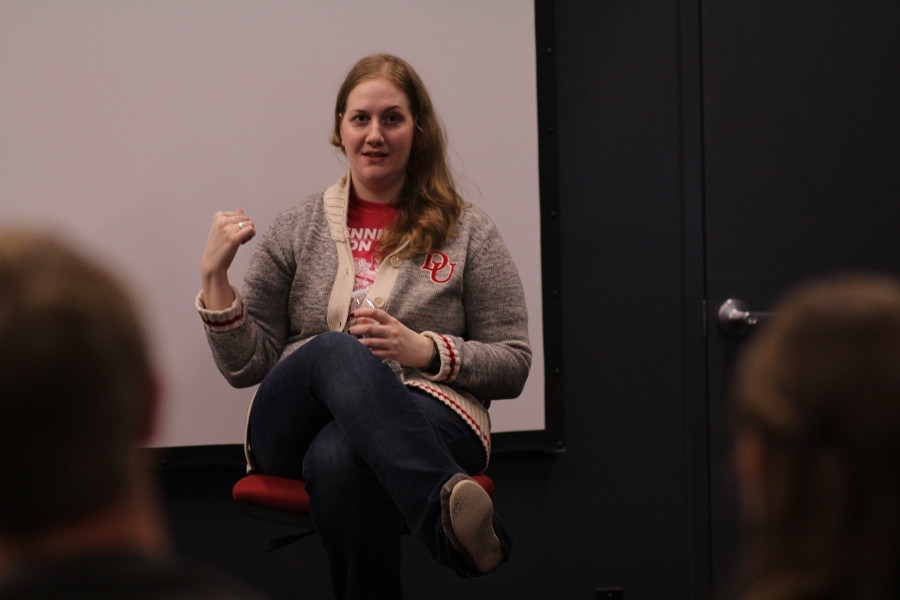 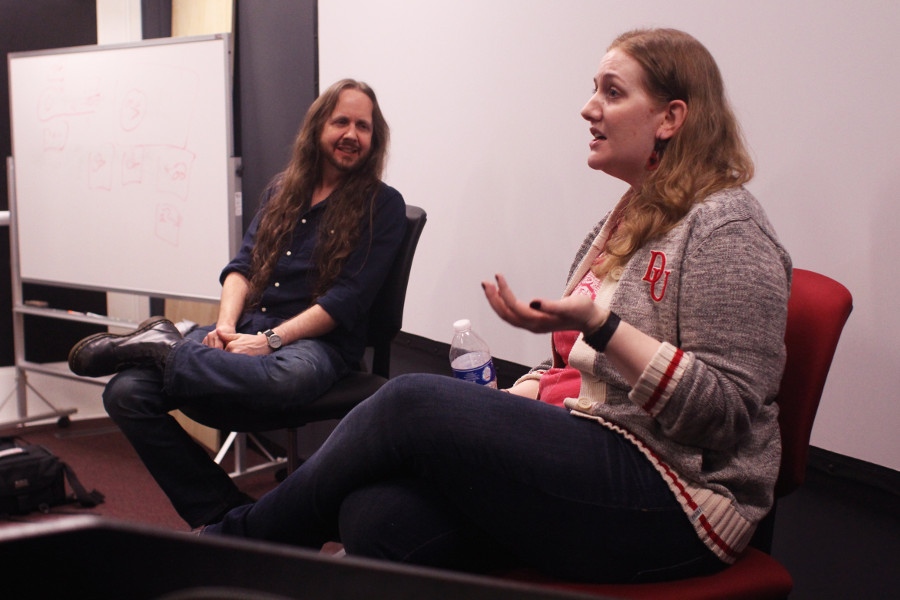 Mo Stemen '07 returned to Denison to meet with students and discuss her career in the film industry.
View Photos »

You never know who you’re going to meet and that’s why you always have to do your best work and be your best self,” said Mo Stemen ’07 to a class of film students during her visit last week. She returned to Denison to visit Cinema classes and meet one-on-one with students. Stemen discussed her career in film production and gave advice on internships and breaking into the film industry.

“You have to be adaptable and you have to creatively problem solve.”

Before working in Hollywood, Stemen was a Cinema and Studio Art double major at Denison. She held two summer internships at major motion picture studios: first at Marvel Studios and then at Scott Rudin Productions. Following graduation from Denison, Stemen moved from Ohio to California and began working at ICM Partners – one of the world’s largest talent and literary agencies.

As an assistant production coordinator, Stemen does everything from managing paperwork to shipping film stock to ensuring safety protocols. No day is exactly the same, and working in the production office includes hundreds of behind-the-scenes tasks that keep a film’s production moving forward to completion. As Stemen explained, “You have to be adaptable and you have to creatively problem solve.”

During her visit, Stemen shared dozens of stories about her experiences as an intern and working professionally on feature films. More importantly, she gave advice and answered students’ questions about navigating their own career paths. Stemen emphasized the importance of hard work, genuineness, networking, and openness to possibilities.

Perhaps Stemen’s most important advice to students was to take advantage of the unique opportunities that they have now at Denison, be it mentorship, internships, or creative work: “You will fail. You will make mistakes. But you will learn from them… Enjoy your creative environment here because it doesn’t exist anywhere else.”

Cinema House
The Cinema House is home to faculty and staff offices, a screening room, production equipment, an editing room and media stations.