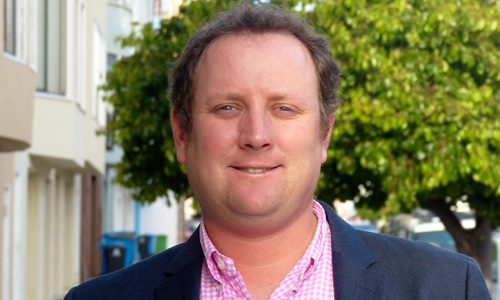 Darren Lachtman ’04, founded the social media company Niche and recently sold it to Twitter. It was a strategic move for both companies.

A political science major, Lachtman’s entire career has transpired in the digital media space, where his critical thinking skills have proven to be indispensable. He worked for seven years in digital media before he joined a startup called Bedrocket, where he was part of a team that launched some 30 original YouTube channels.

“There is a lot more to accomplish, professionally and personally. I am looking forward to adding to this story”

“After a few years, I realized nobody was tackling the emerging social spaces landscape, like Snapchat and Vine,” said Lachtman. This insight propelled Lachtman to co-found Niche in July of 2013.

Niche is a social media software company that matches social media stars with marketers and advertisers. A firm grasp on strategic thinking enabled Lachtman and his team to rapidly grow Niche in just two years.

“It started with just the two of us, but within a year we had 35 employees,” said Lachtman. After such rapid expansion, “it became increasingly important to find good people to work with — people you can trust.”

“My philosophy is to spend as much time as possible with those who make your life a better and happier place,” he said. “It is incredibly inspiring to be the part of such a great team at Niche, and now part of an even bigger team at Twitter.”

Upon launch, Niche formed a relationship with Twitter, which led Twitter to acquire the young company in February 2015. Lachtman sees this move as a major advantage for Niche’s continued success. “With Twitter buying the brand, we now have much better resources to continue growing the company.”

“But we’re just getting started. There is a lot more to accomplish, professionally and personally. I am looking forward to adding to this story,” said Lachtman.