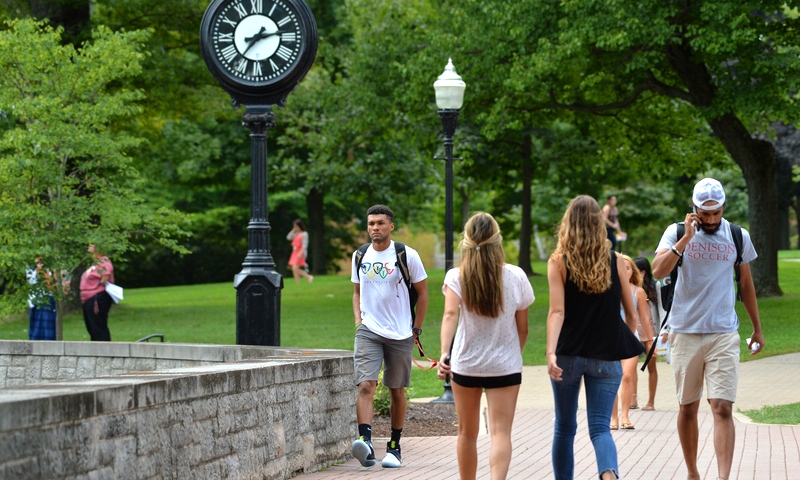 Google recently announced its Google Career Certificates program, and it’s making waves in the pond of higher education. Among its other ambitious undertakings, Google is starting to act like a university, offering short, profession-specific credentials that can be completed in as little as six months.

Want to become a Data Analyst or a UX Designer? How about a Project Manager? Google Career Certificates provides a pathway to these well-paying jobs — no college degree necessary.

Don’t get me wrong. I don’t think students will turn down Princeton to get a six-month Google Certificate. But it is a game changer because it forces colleges to think beyond the four-year undergraduate degree to create products that deliver education when, how and where people want it.

Higher education is no longer the only option for students.

Google’s Career Certificates demonstrate that traditional higher education is no longer the only dominion of accredited higher education institutions. Instead, I predict there will be a variety of entrants moving into the higher education space, offering valuable credentials and providing the skills needed to launch professionally. What Google figured out is that employers don’t care about accreditation, they care about competencies. With its brand recognition, Google can offer a credential that has real value.

In essence, Google is trying to solve the mismatch between the jobs that are available and the people who need them. The Google Career Certificates program represents a way to close this skills gap quickly, effectively, and affordably via an online offering.

Some might see this as a new version of trade schools or vocational schools. But that would be a mistake. A trade school prepares students well for a lifetime as a high-paid electrician or plumber. With its Google Career Certificates program, Google is addressing a slightly different segment of the population: people interested in going into one of the more “professional” or tech-oriented trades. While the Google certificates appear to be aimed at students who are not planning to attend a traditional college, I suspect we may also see more traditional students in four-year degree programs tack on a Google certificate to their BA as a way to upskill pre- or post-graduation.

There needs to be a variety of higher education offerings.

This brings us to the second reason why Google Career Certificates is a gamechanger. It demonstrates that there really needs to be a variety of credentials, degrees, and certificates available to the general population.

There will always be people interested in a four-year degree, and that certainly will remain the core offering of more traditional universities and colleges.

But let’s be honest: There’s nothing particularly magic or compelling about why four years should be the “industry standard” for a higher education degree. Students are looking for and are certainly open to new pathways. Universities will increasingly find themselves under pressure to offer six-month, one-year, or four-year programs.

There’s an echo here to the great unbundling that took place in the cable television industry. Customers didn’t want to be presented with a “take it or leave it” slate of channels; they wanted to choose the channels that made sense for them. Similarly, higher education can no longer offer a “one-size-fits-all” approach for credentials and degrees.

Students are going to increasingly demand education how they want it and when they want it.

Maybe a student doesn’t want to get an MBA, but they would really like to have a micro credential in marketing analytics. Or maybe an undergraduate doesn’t want a four-year degree in computer science and just wants a certificate in Python or SQL.

Now that Google has kicked down the door, we can expect other major brands in other sectors to begin offering higher education credentials, taking their lead from Google.

Traditional colleges and universities shouldn’t be nervous, per se, but they should be paying very close attention. There are two ways to see Google’s move: as a threat or as an opportunity.

The threat is the impact Google’s move has on any sector. As students have more choices for what, when, and how they obtain the education they want and need, every university will need to ask if there are new types of programs, pathways and credentials we should be offering to meet the needs of our target population of students. This will be an increasing part of how more colleges operate.

The opportunity is for colleges and universities to expand how we take what we do well and find ways to deliver it in new and different ways. There are opportunities for every college and university to complement traditional degree programs with more flexible credentials that are more accessible, more relevant, and ultimately more impactful to a broader range of people.

Colleges and universities who see the opportunity in what Google has created will be doing their students a service and increase their own relevance.