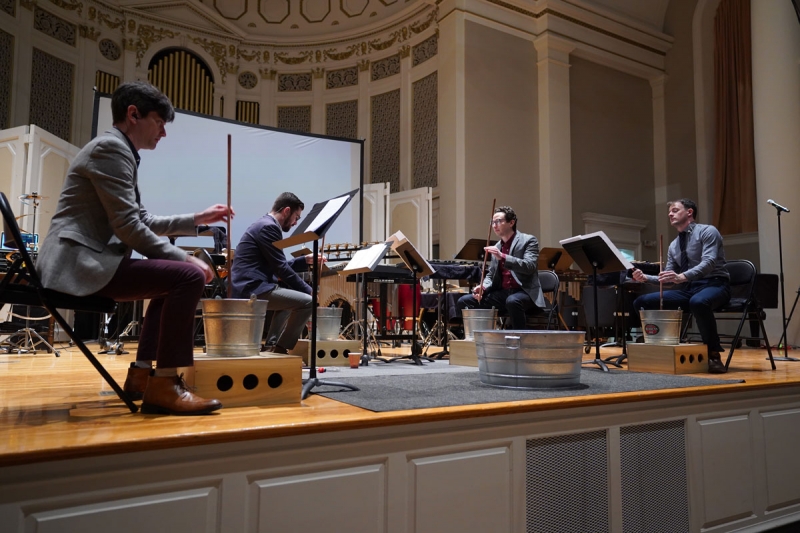 “The show will also feature never-before-seen interview footage with Elfman, who you might know as the lead singer of 1980s New Wave band Oingo Boingo, whose hit songs “Weird Science” and “Dead Man’s Party” appeared in movie soundtracks; or as the singing voice of Jack Skellington, the pumpkin-headed hero of “The Nightmare Before Christmas”; or as the Oscar-nominated composer of more than 100 film and television scores, including “Good Will Hunting,” “Mission: Impossible,” “Men in Black,” most of the films directed by Tim Burton and even the themes to “The Simpsons” and “Desperate Housewives.”

Founded in 2005 and based in Chicago, Third Coast Percussion last year became an ensemble-in-residence at Ohio’s Denison University. The group performed at the Moss Arts Center at Virginia Tech in October 2017.

The quartet has begun a series of high-level virtual presentations that caught the center’s eye, and they’ve been able to do so “in part because they have a great studio, and in part because they’re fantastic musicians, but also in part because they chose to follow a sheltering protocol together as an ensemble, which meant that they could actually, the four of them, perform in the same room together, which right now is very special,” said the director of the Moss.