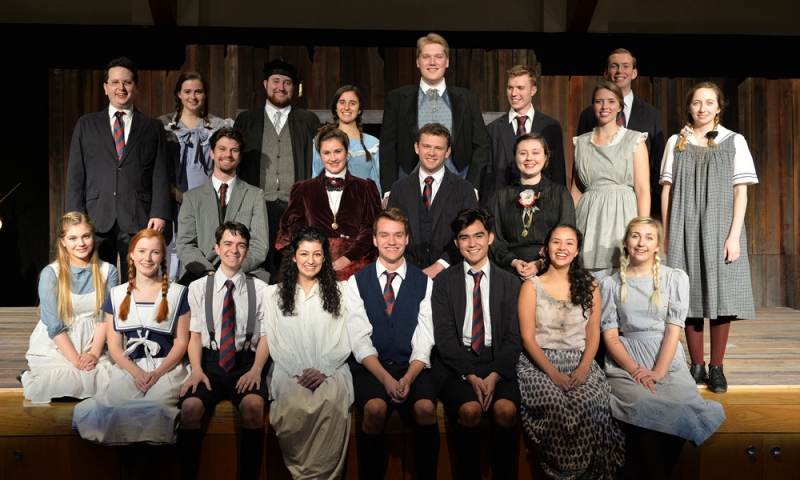 Denison’s Singer’s Theatre Workshop production of “Spring Awakening” has just been selected as a finalist in the Musical Theatre division of The American Prize, a national non-profit arts competition.

The nominated production of Spring Awakening was directed by Director of the Singer’s Theatre Workshop and an Assistant Professor Belinda Andrews-Smith in the ‘16-‘17 school year. The winner of the top award will be chosen from 7 national finalists and will be announced this fall.

Andrews-Smith is amazed that her small program has been chosen for recognition in competition with huge programs like Arizona State University, however she is also extremely proud of the music theatre ensemble she has created at Denison.

In other news, Andrews-Smith was selected as a finalist for the “Charles Nelson Reilly” American Prize for directing. She is one of five directors in the nation chosen as a finalist.