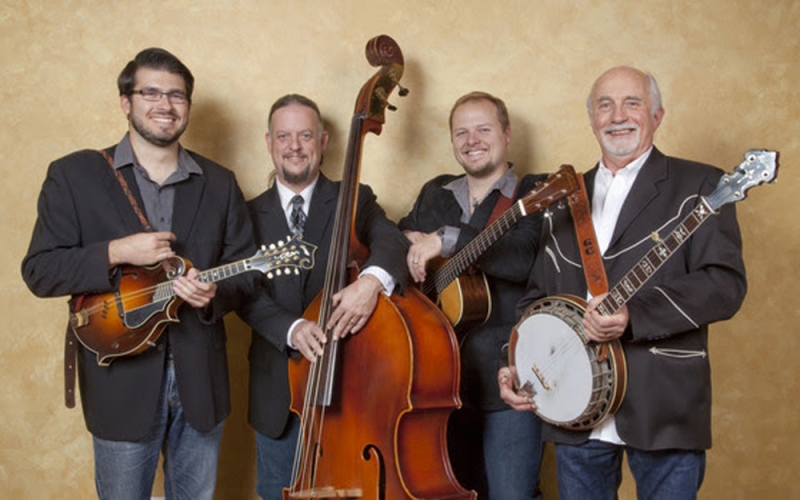 Adam Schlenker, the Coordinator of Bluegrass Studies and this year’s festival, in a Q&A about the festival.

What brought you to choose our alumnus Hayes Griffin and the group The Special Consensus for this spring’s festival?

This is the 15th Denison Bluegrass Festival but it’s my first one as Director. One of my goals is to get to know the community better and I want them to get to know me better as well. The best way I know to do that is through sharing my music.

We have laid out a set of traditional material that inspires us and original material that reflects our influences and our vision for where the music is going. I have released several albums over the years and one of them, The Planet Riders, was with my good friend and Denison alumnus Hayes Griffin. He and I have a special musical connection. You don’t make connections like that very often. The first tune we picked together felt like we had been playing together for years. So, when I decided to play at this year’s festival, I knew I had to get Hayes back in town for what stands to be a fun night of music.

Friday’s show will also feature Matt Opachick on fiddle, Gary Puckett on banjo and Steven Fox, my longtime collaborator on Bass. Matt & Gary also teach private lessons at Denison in the bluegrass concentration, so the Friday night concert will also be a glimpse into how Bluegrass and American Roots music at Denison is evolving and growing.

I had crossed paths with The Special Consensus a couple years ago while teaching at a roots music camps in Northern California. I had heard their albums for years and knew their reputation in the Bluegrass community but hearing them in person solidified me as a fan. I have known their booking agent for a number of years, so I reached out to her to see if they were interested in coming in for the festival. Even though they knew they would just be a few days back from a tour in Ireland they all said ‘yes’.

We offer something very special here at Denison in our studies of Bluegrass and traditional music. Musicians want to support that. This isn’t just another gig, it’s a way for touring musicians to show their support for the program and our students. On their way to Granville they are stopping by LA where they are nominated for a Grammy for the Bluegrass Album of the Year. What a great band and a great group of guys! I am really looking forward to having them in town.

Is there anything that excites you most?

I am really looking forward to playing some music with Hayes and the fellas but the thing that excites me the most is seeing the students interact with players from the community and bands. This is such a great opportunity for them to get a feel for Bluegrass outside the Denison experience.

Central Ohio has a long, rich history of bluegrass music and there are some great musicians in the area. I hope to see many of them hanging out and jamming on Saturday in Burke Hall.

Thanks to support from the school and the community, all shows and workshops are free and open to the public.