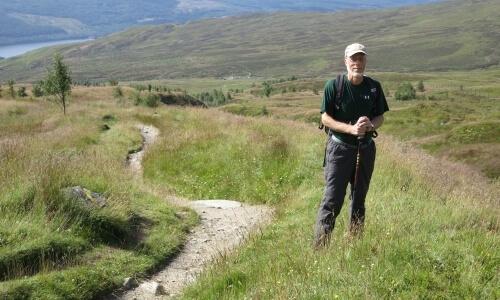 When Dr. Tod Frolking came to Denison, the department of Geosciences was known as Geology and Geography, and the major of Environmental Studies did not exist.

Math, Physics, Geology and Geography, and English were stationed in Barney Davis and Olin had not yet been constructed. It’s safe to say that much has changed since Dr. Frolking joined Denison’s faculty. And though he doesn’t care much for legacy, much of that change (like the creation of an Environmental Studies major) was directly influenced by him.

Dr. Frolking received his PhD at the University of Wisconsin at Madison in Geography and Soil Sciences. He joined Denison in the fall of 1984. For the first few years, Dr. Frolking taught an environmental issues class in the evening. Environmental Studies was a vague concentration under Biology at the time. He describes the class more as a meeting to discuss various environmental themes than a program.

“I’ve been teaching it for thirty years on and off,” he said of the course. “It forces me to pay attention to everything going on in the world. That, at times, is depressing. It’s also incredibly interesting. Weather and Climate is great too. There’s always new weather to talk about.”

When he retires at the end of May, he plans to continue working on research projects with topics ranging from the Great Serpent Mounds in southern Ohio, to biogeochemical models of soil carbon for agricultural application. At the moment, he’s particularly interested in winter-cover crops and how they add organic matter to soil and decrease erosion during the winter. He plans on staying active in land use around the county.

He’s also interested in traveling. Instead of hopping from one location to another, Dr. Frolking appreciates spending a week or two in one location. He believes traveling is much richer if you have context for where you go. His philosophy of traveling is similar to his opinion on having a legacy:

“My philosophy is to tread lightly on the earth. Don’t leave a lot of debris in your wake. Whatever legacy there is, there is.”

Though he did not approach his time at Denison with the lens of creating a legacy, there is no doubt one has been created, no matter how inadvertent. The Environmental Studies Program wishes Dr. Frolking a happy retirement filled with enriching travels and carefree days, and thanks him for his exemplary contributions.