Ginny Sharkey ’83
Career Center | Cinema | Denison Museum | Study Abroad
Cinema major Arman Meinecke '21 is a cinematic storyteller with great experiences that give him a leg up in the film industry.

Arman Meinecke ‘21 makes films for the joy of it. The cinema major has been a creative force behind the camera since elementary school. “Of course, they were atrocious, but I still loved making them,” he says. And even before he headed to college, Meinecke ramped up his production skills, adding stop motion animations to his repertoire, and taking up photography.

Yet, even though he loved visual arts, Meinecke started his Denison career as a chemistry major: “I really enjoyed chemistry in high school, and thought I wanted to attend medical school.” That all changed once he took a cinema class his first year and realized “they let you get your hands on a camera the first semester.”

“The level of independence and freedom allowed to students within the department is what really gets me excited about the work in the cinema department. Also, we get to make films, which is just fun all around.”

Meinecke has been an intern at the Denison Museum for more than two years. “Essentially Arman is a storyteller, allowing visitors to see or learn about people, objects, and events,” says Hancock.

Some skills he learned during that time:

In addition to hands-on work for his cinema classes, Meinecke’s on-campus internship at the Denison Museum gave him projects that honed his skills and added to his portfolio.

As digital production intern, Meinecke captures video footage of exhibitions, events, projects, and interviews with artists for the museum website and social media platforms. “Essentially Arman is a storyteller, allowing visitors to see or learn about people, objects, and events,” says Megan Hancock, the museum’s senior curator of education and exhibitions.

Meinecke also took up the reins of a larger, digitally based curatorial project. That project started when the museum hosted the “Say It Loud” exhibition, with the work of world-renowned contemporary Black artists “documenting and challenging dominant historical perspectives.” Hancock wanted to expand the dialogue by reaching out to Black Columbus-based artists for ‘mini virtual interviews.’

She handed the assignment to Meinecke to conceptualize, video, and edit — essentially creating an entirely new exhibition, Say It Loud, Columbus.

“Eleven artists gave us raw footage answering the questions and a few stills/photos, and Arman needed to create a cohesive-looking project,” says Hancock. “We had a lot of back and forth, trying to ensure that each artist’s voice and work shined.”

A growing industry with no ceiling

The demand for visual content is only increasing and as that demand increases, so do the opportunities. Film studios embrace the theatrical experience while also recognizing the value of online streaming services. With companies like Netflix, HBO, and Amazon Studios producing their own original content, the need for talented filmmakers is only expanding.

Cinema majors learn all aspects of production in their courses. By the time they graduate, each student has ushered in at least seven film projects from script to screen, with some completing many more. Alumni from the cinema department go on to work professionally as directors, producers, cinematographers, writers, and editors.

“The film industry is one that continues to grow with no end in sight,” says Associate Professor Marc Wiskemann, chair of the department.

Meinecke plans to move to New York or LA and find work within film production, videography, or photography. Fortunately, he’s already got a great network.

He is connected with alumni through the cinema department and other faculty members. Cinema major Marty Jones ‘86 helped him gain an internship at the Austin Film Studios, which was canceled due to COVID-19. “But Marty and I continue to stay in contact, and he has given me tons of advice on entering the film industry after graduation — I even co-hosted a Knowlton Career Center event featuring him.”

And Meinecke remains connected to cinema majors graduates, who work on cinema-related projects throughout the world and provide him with contemporary advice on what the film industry is looking for.

For example, Nick Staniszewski ‘19 visited Meinecke’s cinema workshop class. “We had a long discussion about his challenges and successes getting into the film industry, and he gave some great advice on how to begin preparing. Because of that talk, I feel I am better equipped and prepared to enter the industry and find a job after graduation.”

Memorable moments happen in and out of the classroom

One of Meinecke’s favorite classes was Advanced Cinema Aesthetics with Associate Professor Jonathan Walley. “I loved it! It was a theory course centered around placing cinema among the arts and delving deep into its artistic components.”

“Every week we’d read a series of short articles about films’ aesthetic, technical, artistic, or musical traits then discuss them in immense detail in class. Jonathan structured the class to allow us to approach the readings and topics from our own angles, allowing for varied and fun discussions,” Meinecke adds.

When he studied abroad at the University of Amsterdam in the Netherlands, Meinecke opted not to take cinema courses. Instead, he focused on general requirements for graduation, a common strategy for students who study abroad. At Denison, about 80% of students study off-campus in some way; through summer scholar research, Denison Seminar classes, and traditional study abroad programs.

“While I have been lucky enough to have traveled alone before, living abroad put me out of my comfort zone, which I loved. I got to experience new and unfamiliar things while navigating a gorgeous city I had never been to. It was truly a great experience.” 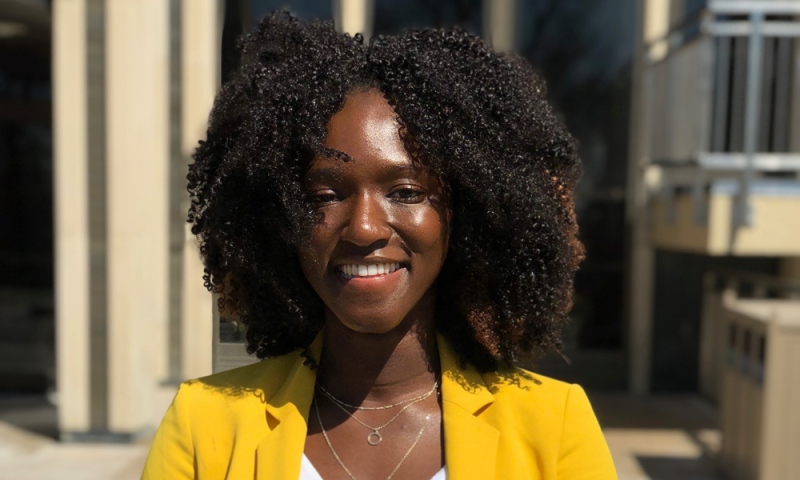 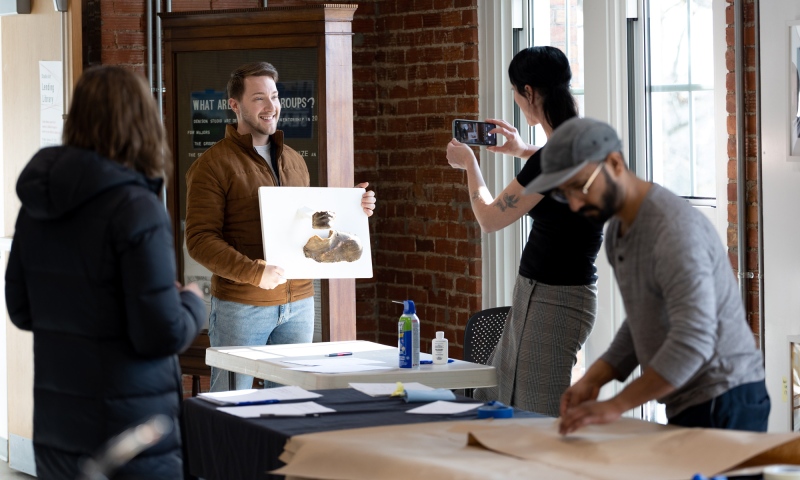 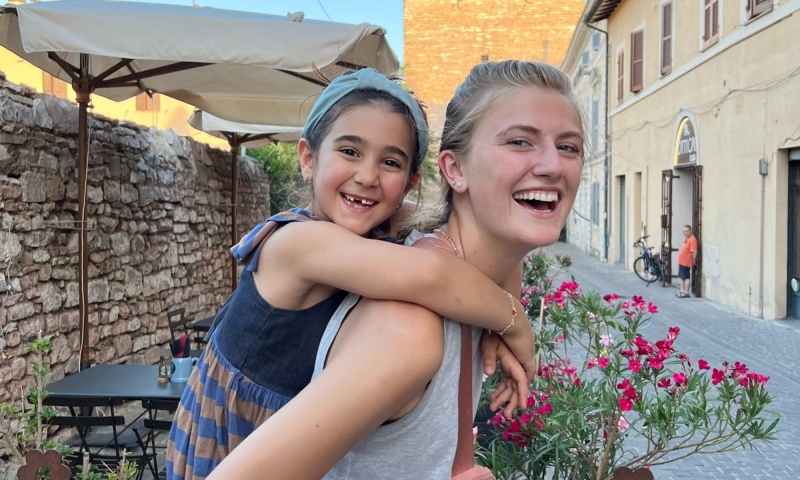