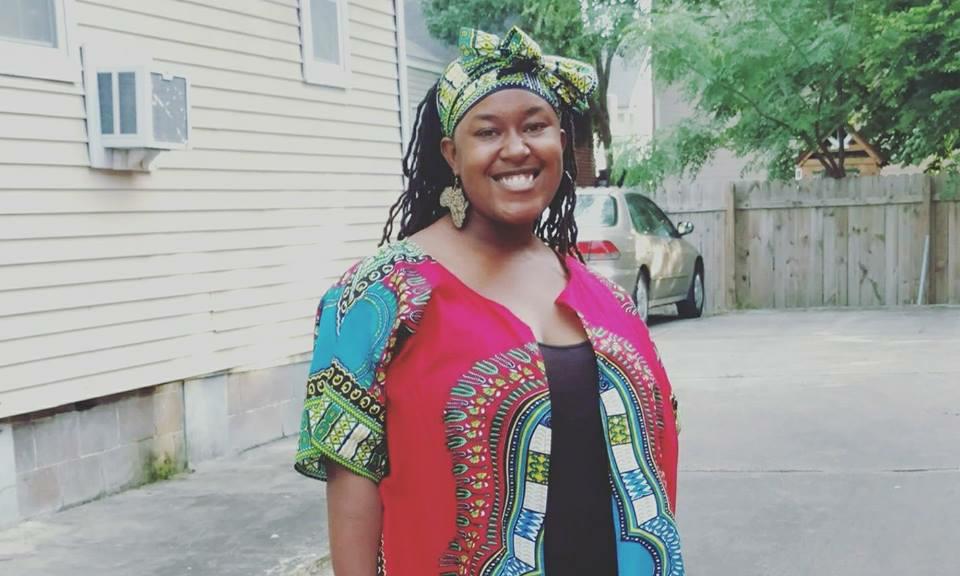 Victoria Roberts '11 has just published her first book of poetry.

While at Denison, Victoria was an Education major and a Black Studies Minor. She was a Posse Chicago scholarship recipient, a member of the acapella group, Tehillah, a member of Sigma Gamma Rho Sorority, and a Ronald E. McNair Scholar. Since leaving Denison, she has held positions in the field of education, most recently working for the Enriched Schools of New Orleans. It is not surprising that Victoria found her way into education because at Denison, her activities were well integrated with her major in Education and her minor in Black Studies. She not only served as a tutor for America Reads, but held several internships in educational organizations or institutes that focused on students and their educational and personal development. For example, she held the summer position of Camp Counselor/Instructor for Camp of Dreams which focused on Afrocentric subjects such as Swahili and offered students opportunities to feel empowered and to develop as vocal performers. She also held a summer internship with the Urban Prep Academy for Young Men in Chicago.

Upon graduating from Denison, Victoria’s first position was as a Corps Member for City Year, Inc. in New Orleans where once again she found herself mentoring and tutoring students, as well as organizing service projects that engaged over 100 volunteers from the community. Her professional positions and activities within Education have always had a strong thrust toward helping those labeled “at risk” and tailoring her academic praxis to serve those in underserved urban communities. On her LinkedIn site, the quote she provides to characterize her professional values states: “I have a strong belief that all students can learn and achieve success in school. I seek opportunities to take initiative. Just because we have YET to save them all doesn't mean we CAN'T.”

Working, in New Orleans is challenging and Victoria describes the status of education as perceived to be “a privilege [for some] rather than a priority for all.” In contrast, she works hard “to show them that they are a priority and education is their best tool for survival; it’s one of the few things no one can take away from them.

Victoria stated the purpose for writing this book as “a blueprint to give shape to your stories, to keep them from crumbling into meaningless words.” Forever Under Construction gives snapshots of her life and her relationship. This book is available on Amazon, at Barnes and Noble, and Books a Million. A copy will be purchased for the Black Studies Library in Knapp 209 as well if you would like to peruse the work of this exceptional scholar, educator, and author.