P.J. Soteriades has been employed by Denison as its head field hockey coach since the fall of 2000.  Since then she has gone on to become the program’s all-time winningest coach and the program’s longest tenured coach.

In 2011, Soteriades was named regional and conference Coach of the Year after leading Denison to an 18-2 record, its first North Coast Athletic Conference title since 2000, and its first-ever NCAC Tournament crown.

A 2000 graduate of Ohio University with a Bachelor of Science degree in organizational communication, Soteriades has gained considerable field hockey experience at the college level. After competing for Mid-American Conference champion and NCAA Tournament participant Ball State University as a first-year student, Soteriades completed her collegiate career as a three-year member of the Ohio University Bobcat varsity squad.

Included among her honors at Ohio University was being selected to serve as team captain during her senior season. A Dean's List student, Soteriades was also the recipient of OU's Scholar-Athlete Award, and she earned membership in Lambda Pi Eta, the national communication honor society.

In addition to her role as head field hockey coach, Soteriades also serves as the advisor to the Denison Student Athlete Advisory Council. 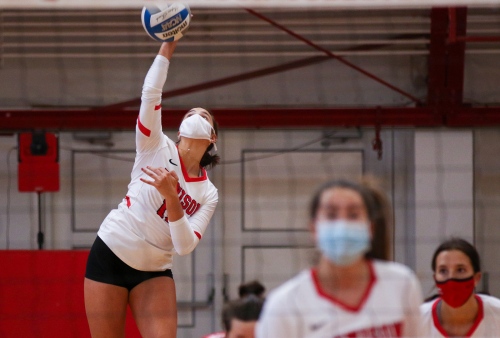 When the NCAC cancelled conference play due to COVID, Denison’s coaches and athletes reimagined what a season could look like.
via Denison Magazine