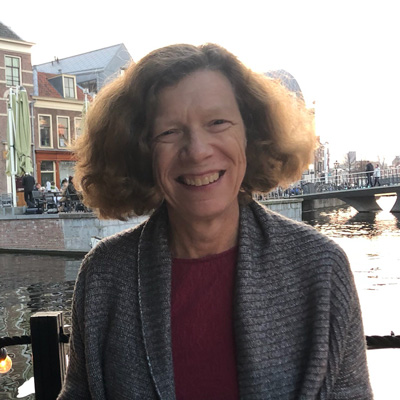 Anne Sokolsky received her Ph.D. in Modern Japanese Literature with a sub-specialty in Gender Studies from the University of California, Berkeley in 2003. Her book From New Woman Writer to Socialist: The Life and Selected Writings of Tamura Toshiko from 1936–1938 (Brill, 2015) is about one of Japan’s early modern feminist writers who spent two decades living in North America in the 1920s and 1930s. Sokolsky’s research on Tamura has appeared in scholarly journals published in the United States and Japan. Other research projects include the translation of Shigemitsu Mamoru’s Sugamo prison diary, the depiction of the 1945 International Military Tribunal of the Far East (IMTFE) in literature and film, and the literary production and reception of women’s writing in Taiwan during Japan’s rule of the country from 1895-1945. Sokolsky is also working on a biography of her grandfather, who was a journalist in Shanghai in the early part of the twentieth century.

Sokolsky’s teaching experience has included the University of Southern California, U.C. Berkeley, U.C. Santa Barbara, and Ohio Wesleyan University. She was a Fulbright scholar in Japan from 2001 to 2002.

Sokolsky was also a Peace Corps volunteer in Morocco in the 1980s. While in Morocco, she learned Moroccan Arabic and then continued studying Arabic at Harvard University, where she received a M.Ed. in International Education and Development.

At Ohio Wesleyan, Sokolsky was professor and chair of the Comparative Literature Department, and faculty member of the East Asian Studies Program and the Women and Gender Studies Program. In 2021, she received Ohio Wesleyan University’s Welch Award for Scholarly Achievement. She is also the literary editor for the Journal of Japanese Language and Literature.

She just returned from a semester teaching in the Netherlands, where she held the Endowed Chair in Taiwan Studies at the International Institute of Asian Studies at Leiden University.

Degree(s)
Ph.D. in Japanese, the University of California, Berkeley