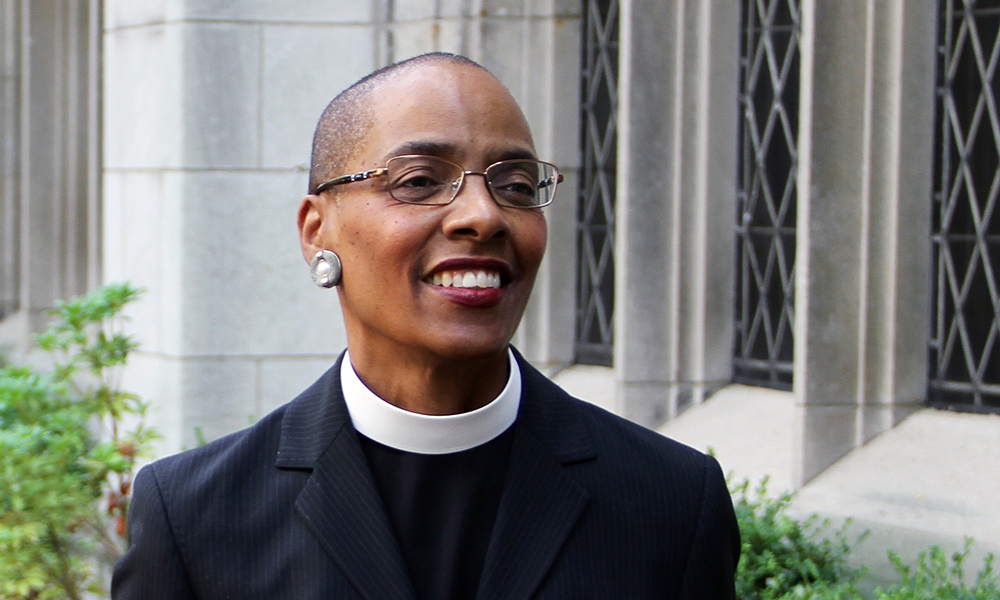 Denison University has announced that The Very Rev. Dr. Kelly Brown Douglas ’79, author and nationally recognized theologian, will serve as the virtual keynote speaker at the college’s 180th Commencement Ceremony on Saturday, May 22, 2021. At the ceremony, Douglas will be recognized with the conferring of an honorary degree, Doctor of Humane Letters, honoris causa.

Denison President Adam Weinberg notes, “We want to honor Kelly Brown Douglas as a distinguished theologian and activist and to recognize the many ways in which she has succeeded as a scholar, educator, and leader. Upon Kelly’s appointment as Dean of Episcopal Divinity School at Union Theological Seminary, President Serene Jones described her as ‘one of the most distinguished religious thinkers, teachers, ministers, and activists in the nation.’ Such scholarly excellence combined with significant difference-making is the mark of a Denisonian, an example we want to celebrate and model for our current students.”

Dr. Douglas is widely published in national and international journals and other publications. Her groundbreaking and widely taught book Sexuality and the Black Church: A Womanist Perspective (1999) was the first to address the issue of homophobia within the black church community. Her Stand Your Ground: Black Bodies and the Justice of God (2015) examines the challenges of a “stand your ground” culture for the Black church. The publication of her next book, Resurrection Hope: A Future Where Black Lives Matter, is forthcoming in fall 2021.

Douglas’ other books include The Black Christ (1994, 25th Anniversary edition 2019), What’s Faith Got to Do with It?: Black Bodies/Christian Souls (2005) and Black Bodies and the Black Church: A Blues Slant (2012), which seeks to move the Black church beyond its oppressive views toward LGBTQ bodies and sexuality in general.

In addition, Dean Douglas is the co-editor of Sexuality and the Sacred: Sources for Theological Reflection (2010). She has been a pioneering and highly sought-after voice in regard to addressing sexual issues in relation to the Black religious community. She has also been very active in advocating equal rights for LGBTQ persons.

A native of Dayton, Ohio, Dr. Douglas was ordained at St. Margaret’s Episcopal Church in 1983 — the first Black woman to be ordained an Episcopal priest in the Southern Ohio Diocese, and one of only five nationwide at the time. She also was the first to receive the Anna Julia Cooper Award by the Union of Black Episcopalians (July 2012) for “her literary boldness and leadership in the development of a womanist theology and discussing the complexities of Christian faith in African-American contexts.”