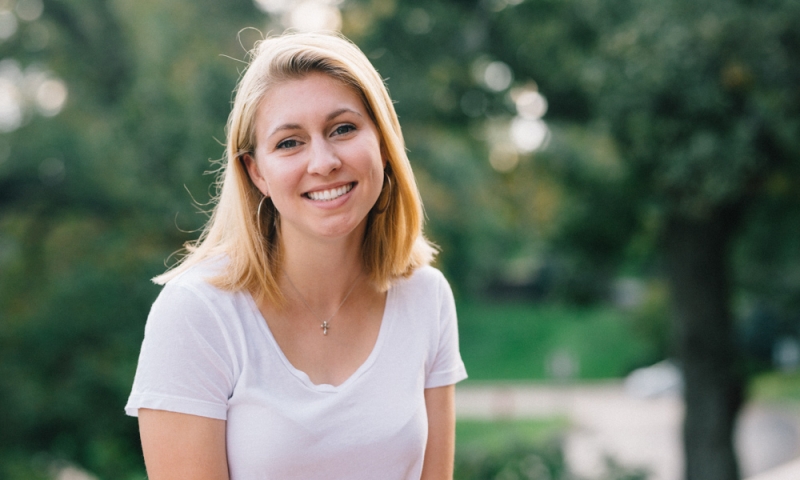 Denison University and the Granville Chamber of Commerce announce that Hannah Patacca ‘20 has been honored with the 2020 Louis Kussmaul Friendship Award. The Kussmaul Award is presented each year to the student at Denison University who has contributed most to the friendly relations between Granville and the University.

Patacca is a communication major and anthropology/sociology minor from Cleveland. She is a volunteer leader with YoungLife Licking County, and specifically works with students at Granville High School. YoungLife is a nondenominational Christian outreach ministry that focuses on sharing the Gospel with, and mentoring to, high school students.

Beyond her coursework, Patacca has completed multiple internships as well as Denison’s Organizational Studies Concentration. She has served as an August Orientation leader, Summer’s Best Two Weeks camp counselor and taught swim lessons to children in the community.

In her nomination of Patacca, Jesse Yeager from the Denison Office of Admission noted, “During all four of her years at Denison, Hannah has shared her life with the students at Granville High School, conducting weekly Bible studies, meeting students for coffee, and hanging out with them after-school, at school dances, and at football games. She has entered into the world of so many GHS students and I am continually impressed with her selfless and compassionate decision to use her four years of college, a time when most focus exclusively on bettering themselves.”

The Louis Kussmaul Friendship Award honors the memory of Louis Kussmaul, a Granville printer who worked for his brother William H. Kussmaul, publisher of the Granville Times from 1890 to 1899. The award has been a Granville tradition since 1947. The Kussmaul Award was funded by an endowed gift to Denison University from Harry Amos, of the Denison Class of 1899. Amos, a fellow newspaperman, was editor of the Jeffersonian of Cambridge, Ohio. The Granville Area Chamber of Commerce and Denison University continue to honor the gift from Harry Amos by presenting this Award annually.

Rose House
Given to Denison in 1917, Rose house serves as an administrative building that is home to the Investment Office.