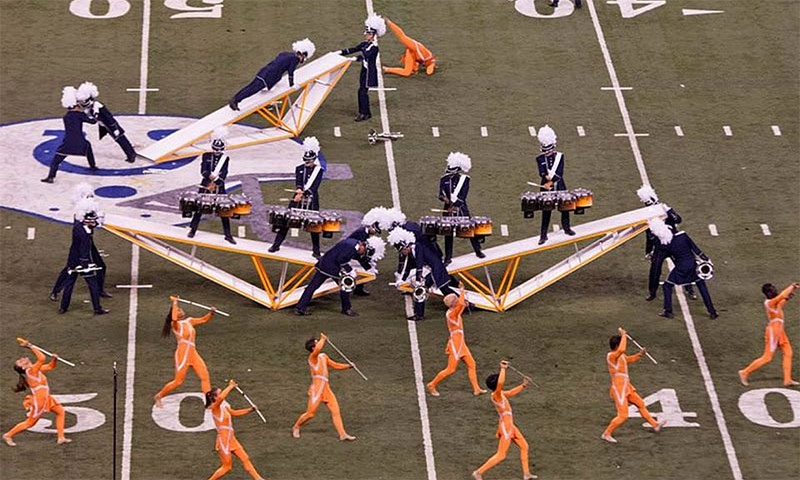 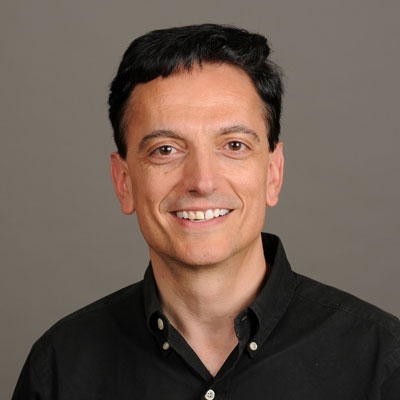 In 2017, the Bluecoats Drum Corps, an award-winning nonprofit marching music education organization, made Denison University their summer home. Professor of Psychology Nestor Matthews, who specializes in neuroscience, saw an opportunity to do a unique study with the Bluecoats’ cooperation as they practiced and perfected their performances.

Within the Bluecoats Corps are several distinct groups; drummers, brass players and members of the color guard. These groups gave Matthews the ability to measure the extent to which different types of training alter how precisely the visual system registers events in time.

During the Bluecoats’ intensive spring training, Matthews and colleagues compared how precisely Bluecoat percussionists, brass players, and color guard could distinguish subtle timing differences in stimuli that mimicked the color guards’ visual displays. This study design enabled the researchers to investigate the effect of auditory (musical) versus visual training on visual-timing sensitivity while controlling for experience and skill level.

At the end of his research, Matthews found that drummers and brass players were better able to judge the timing of visual stimuli than were members of the color guard. This counterintuitive finding, recently published in the Society for Neuroscience journal “eNeuro,” suggests that auditory brain areas can very effectively cross-train visual brain areas. “Yet another reason to love music,” says Matthews.