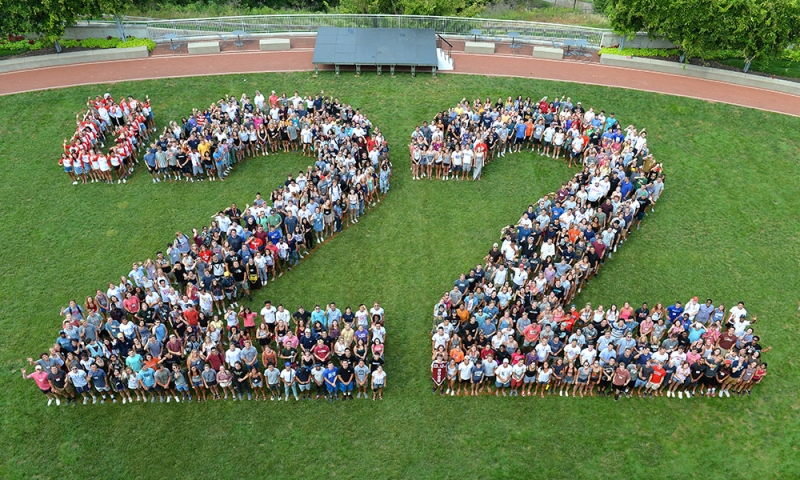 The Fulbright Commission’s Sutton Trust U.S. Programme announces two students from the U.K., Lydia Hewitt and Aisling Smith, will study at Denison as participants of the prestigious initiative. They are two of only 72 highly qualified students taking part in the program this year, which brings academically outstanding students from the U.K. to the best colleges in the United States.

Vice President for Enrollment Management Greg Sneed said, “We are delighted to welcome Lydia and Aisling to the U.S. and to Denison. I look forward to watching them thrive during their college years with strong mentorship by caring faculty members. Their stellar academics and commitment to educational excellence have earned them a place in the Class of 2022.”

Hewitt said the program has given her an invaluable network of staff, students and friends; a community of people with the same level of passion, ambition and curiosity about the world.“The programme has given me perspective, shown me that the rewards of hard work are unparalleled and I am nothing less than honored to be a part of the family.”

More than 1,000 people applied for the program, which placed 72 of the top British state school pupils at U.S. universities. They were supported through the application process by the Sutton Trust U.S. Programme, run in partnership with the U.S.-U.K. Fulbright Commission.

During an 18-month journey, these “best and brightest” students explored U.S. higher education, took part in residential activities, and received an intensive program of support, delivered by the U.S.-U.K. Fulbright Commission. This included a week-long trip to the U.S. to visit a number of universities, and meet admission officers from colleges across the country. The program also covered admission tests, college choices and the application process.

Hewitt and Smith are part of the Denison Class of 2022, which originated from the largest applicant pool in Denison’s history, with an admission rate of only 34 percent. As international students, they also number among the 17 percent of the class who hail from 40 countries. With an additional 23 percent domestic students of color, Denison is in the company of the most selective and diverse liberal arts and sciences colleges in the country. Nearly two-thirds of the first-year students graduated in the top 10 percent of their high school class; five out of six graduated in the top quarter.