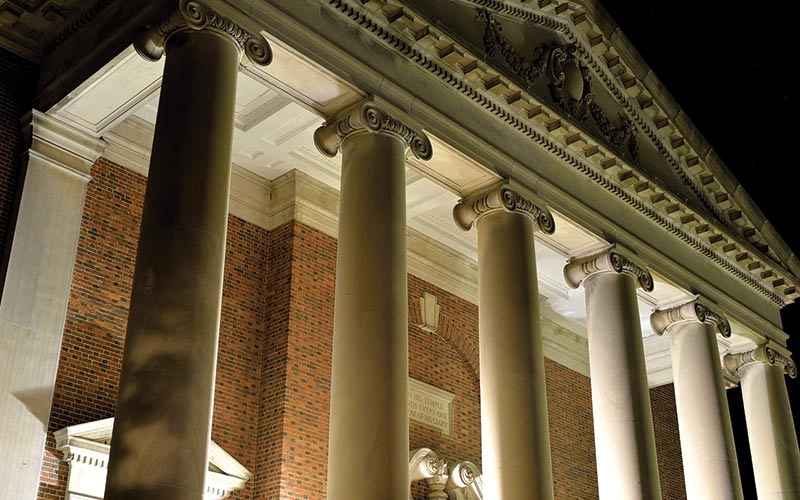 Denison University’s acclaimed Vail Series announces its 2017-2018 season. The visiting artists series brings the highest caliber artists to the college, and this season is no exception. Chamber music ensemble Eroica Trio opens in September, followed by jazz and blues vocalist Catherine Russell in November. South African a cappella group Ladysmith Black Mambazo will perform in February and contemporary classical ensemble Eighth Blackbird completes the series in March. The concerts take place in Swasey Chapel (200 Chapel Drive). A limited number of tickets for the Vail Series will be released for public sale at $15 to the community as we approach the concert dates. New this year is online ticketing for concerts through Eventbrite, accessed via Vailseries.org.

“We’re thrilled with this year’s Vail Series concerts,” said Mike Morris, director of the Vail Series. “Eroica Trio is one of the finest traditional classical ensembles performing today. And Catherine Russell’s performance with the Jazz at Lincoln Center Orchestra with Wynton Marsalis last December was simply stunning. We’re so excited to have her back with her own combo. We continue to bring the world to Denison with the amazing Ladysmith Black Mambazo. And Eighth Blackbird, a contemporary classical ensemble, is having the year of all years. They were awarded a prestigious MacArthur Award for Creative and Effective Institutions, followed by Chamber Music America’s inaugural Visionary Award, and Musical America’s Ensemble of the Year (2017).”

ETHEL, Denison’s ensemble-in-residence and recipients of honorary degrees of Doctors of Humane Letters, honoris causa, at Denison’s commencement ceremony this past spring, returns for another year of classroom visits and pop-up concerts.