740-587-4653
Use Athletic Facilities
Established 1925
Designer/Architect Donald Ross
Denison Golf Club Website
The Denison Golf Club at Granville was originally the Granville Golf Course until it was gifted to Denison University in October 2014.

Denison Golf Club at Granville (originally the Granville Golf Course) was built in 1924 by John Sutphin Jones, who commissioned famed course designer Donald Ross to architect the course, and opened in 1925.

Ross designed the course in Granville for John S. Jones and his Granville Inn. This course has long been noted as one of the best public courses in the Midwest, exemplifying Ross' philosophy of using the natural rolling, wooded terrain to create settings for each hole, with elevated and undulating greens, and artfully placed sand bunkers. It plays 6,556 yards from the black tees and is a par-71 layout. 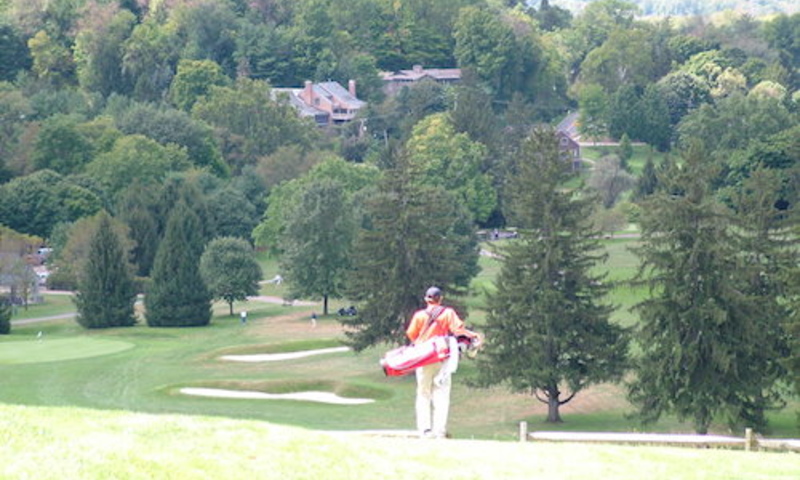