Construction of the new dining hall was begun in June 1966, to be built in conjunction with the New Men's Dorm, now known as Shorney Hall. However, priority had to be given to the residence hall so that students could move in the fall of 1967. There were also labor strikes at the time, so the dining hall was put on hold and wasn't completed until its opening in April 1968.

Curtis served as the men's dining hall, as Curtis East and West as well as Smith and the new Shorney were all men's dorms. It featured cafeteria-style service except for dinners and Sunday noon when the tables were set with white cloths, silver, and glassware and served by a staff of waiters. 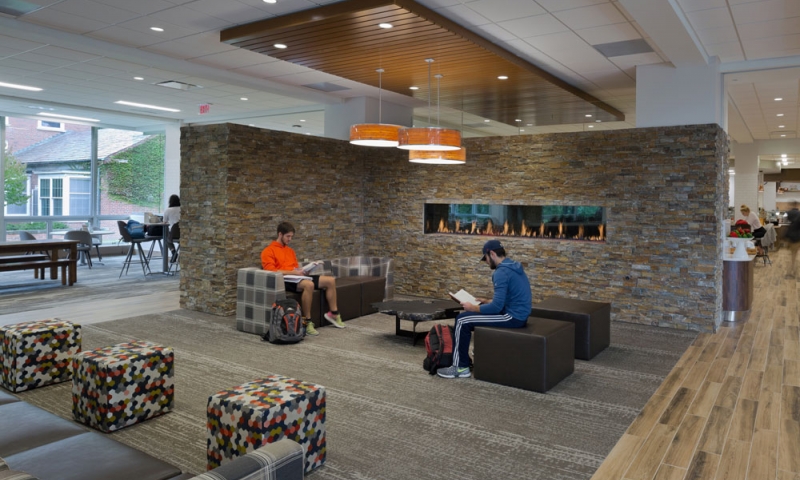 A great place to eat — or put up your feet

Fresh ingredients, personal prep, lots of choices, and a cozy spot by the fire.