Has skills, will travel 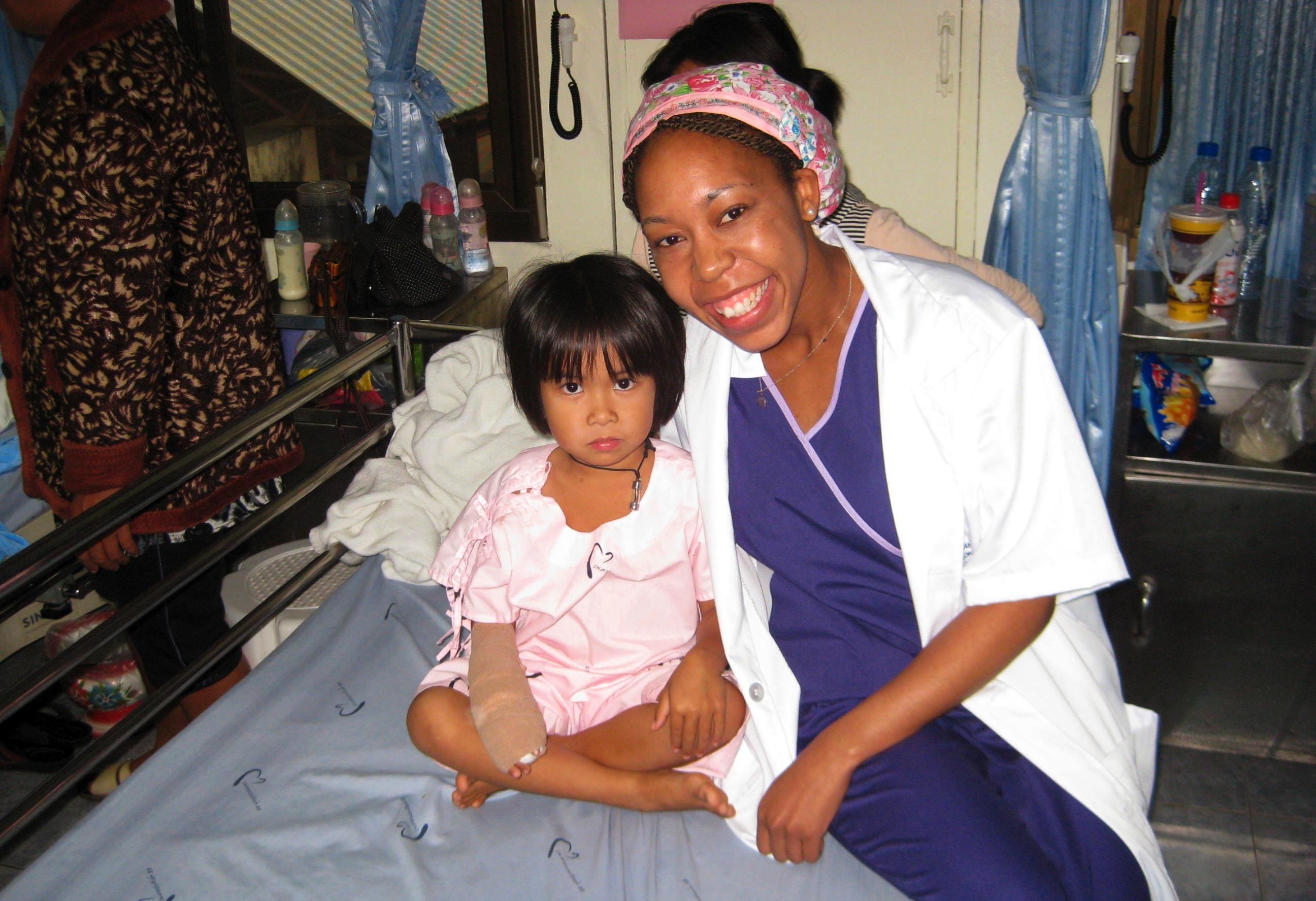 Charisse Mandimika ’09 is building global health into her career. She’s a medical student at Yale, but her studies are taking her far beyond New Haven, Conn. She’s also been working with patients in Thailand and South Africa.

Charisse Mandimika ’09 smiled as she watched a little girl raise her arms above her head. A few days earlier, in an operating room in Udon Thani, Thailand, a surgeon repaired the child’s underarm that had been damaged by burns—and Mandimika, a medical student at Yale, was there to observe the procedure. She and a team of plastic surgeons, residents, medical students, anesthesiologists, pediatricians, operating room nurses, and others spent a week in Udon Thani on a trip sponsored by Changing Children’s Lives, Inc. (CCL), a philanthropic organization headquartered in New Haven, Conn.

The little girl’s case was not a rare one—in rural Thailand, says Mandimika, there is a high rate of burns caused by the use of candles, open-flame cooking practices, and motorcycle accidents. The injuries and the inaccessibility of advanced healthcare in the region were part of the reasons why CCL sent a volunteer team to the area.

When the group arrived in Udon Thani after 26 hours of travel, Mandimika helped to screen patients and schedule surgeries. Then she and other medical students assisted the surgeons in operating rooms. In the end, the group completed 93 surgeries, totaling 133 procedures that were mostly cleft lip and cleft palate, but also the repair of burn scar tissue that causes cosmetic and functional deformities.

“Doing this kind of work was extremely reaffirming,” said Mandimika. “I had an incredible time. It was a fruitful medical experience and a rich and diverse cultural experience, as well.”

Mandimika, who hails from Harare, Zimbabwe, was a President’s Medalist at Denison and cofounder of Tehillah, the college’s a cappella gospel music group. After undergrad summers spent at Columbia University College of Physicians and Surgeons and Yale University School of Medicine, the biology major enrolled in medical school at Yale. After graduation she’ll focus on a specialty—either Ob/Gyn or medicine, with a subspecialty training in infectious disease. Her hope is to keep public and global health the longstanding components of her career. Because of that interest in global health, it’s likely that trips beyond New Haven, Conn.—like the one with CCL—will continue.

Soon after this trip, for example, she boarded another plane, this time headed for Tugela Ferry, South Africa, where she spent six weeks at the Church of Scotland Hospital in the Antiretroviral Clinic, working with residents to see patients infected with HIV/TB.

Shepardson Hall
Named in honor of Dr. Shepardson, president of the women's college that merged with Denison, Shepardson is a suite-style residence hall.