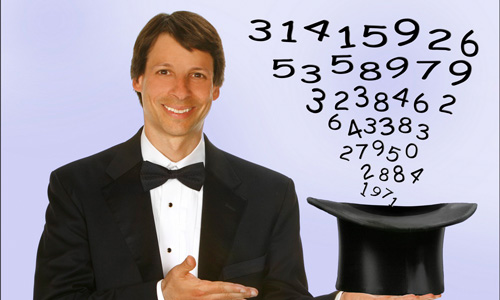 The Gordon Lecture Series welcomes Art Benjamin, mathematician and magician, presenting “Mathemagics.” During this presentation, Benjamin demonstrates and explains his secrets of performing rapid mental calculations faster than a calculator.

Benjamin has appeared on many television and radio programs, including: The Today Show, CNN, The Colbert Report, and National Public Radio. He has been profiled in The New York Times, Los Angeles Times, USA Today, Scientific American, Discover, Omni, Esquire, Wired, People Magazine, and Reader’s Digest.

Benjamin has given 3 TED Talks, one of which has been viewed over five million times. Reader’s Digest calls him “America’s Best Math Whiz”.