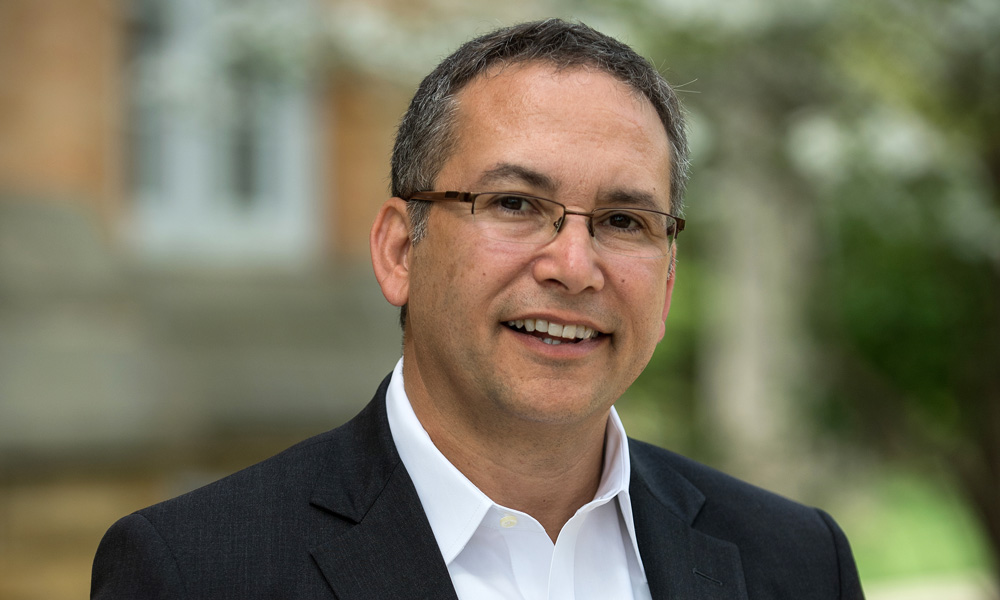 Adam Weinberg joined Denison University as its 20th president on July 1, 2013. He previously served as president and CEO of World Learning, one of the premier international education, exchange and development organizations. World Learning works with young people from more than 140 countries, helping them develop the ability to address critical global issues.

Previously, he was vice president and dean of the college at Colgate University, where he was a member of the sociology department for more than a decade. At Colgate, he gained national prominence for his work on increasing the level of civic engagement at colleges and universities. He also founded a number of organizations, including the Center for Outreach, Volunteerism, and Education (COVE) and the Partnership for Community Development.

Weinberg brings to Denison a breadth of experience with the liberal arts and global education. He was drawn to Denison by its innovative faculty and motivated students; its momentum on the landscape of higher education; and its academic rigor, scholarly research, civic engagement and steadfast commitment to the liberal arts.

“The world desperately needs the kind of graduates that Denison produces,” he says. “The values, skills, habits and knowledge of the liberal arts are critical to the next generation of political leaders, social entrepreneurs and private sector leaders.”

A native of Texas, Dr. Weinberg’s passion for ice hockey took him to New England, where he attended Deerfield Academy and Bowdoin College, graduating magna cum laude. He studied at Cambridge University before earning his master’s and doctoral degrees in sociology from Northwestern University. He has co-authored two books, Urban Recycling and the Search for Sustainable Development and Local Environmental Struggles, and currently is writing a book on the relationship between higher education and civil society. He also has published articles in The Washington Quarterly, The Chronicle of Higher Education, Inside Higher Education, Peer Review and a range of academic journals.

He is a member of the Council on Foreign Relations and of the Higher Education Working Group on Global Issues, and has served on a variety of national and local boards including the Alliance for International Education and Cultural Exchange, InterAction and Vermont Campus Compact. When he arrived at Denison, Weinberg joined the boards of Ohio Campus Compact, The Works and Our Futures of Licking County.

Dr. Weinberg resides in the President’s House at Denison, with his wife, Anne, their three children and a new puppy.

Visit the President’s Office for a comprehensive view of presidential activities.